Poor countries have borne the brunt of the refugee crisis. Tanzania’s refusal to bear the cost of a new U.N. program is a warning to the West. 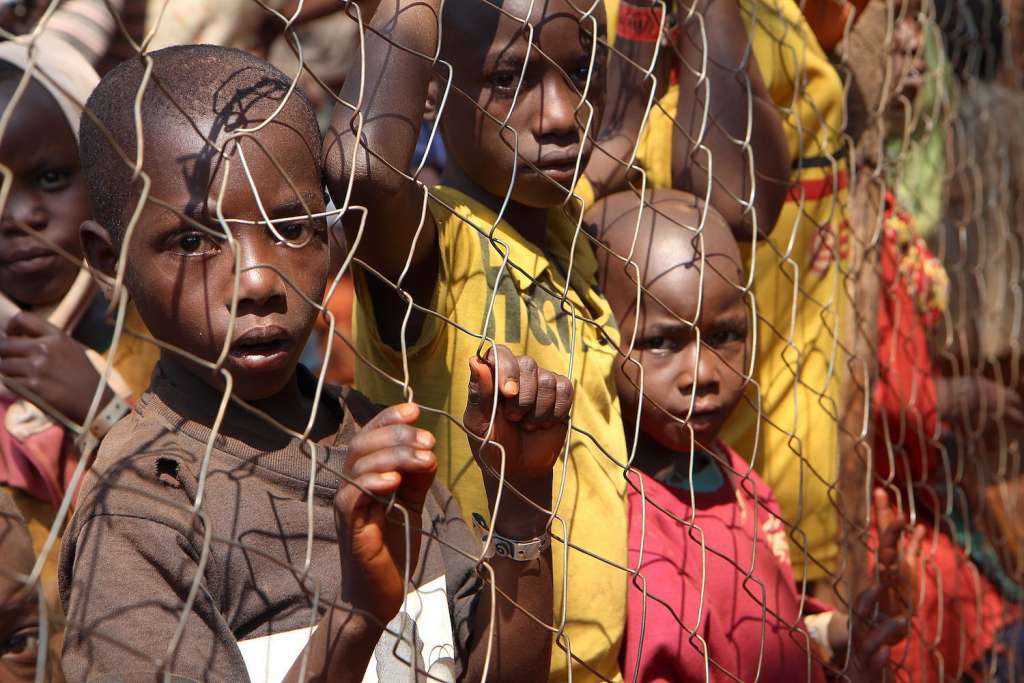 Burundian children, who fled their country, stand behind a fence as they wait to be registered as refugees at Nyarugusu camp, in north west of Tanzania, on June 11, 2015. Since early April, more than 100,000 people have fled to neighbouring countries — mainly to Tanzania — from Burundi due to political violence sparked by the country’s president to seek a controversial third term. AFP PHOTO/STEPHANIE AGLIETTI (Photo credit should read STEPHANIE AGLIETTI/AFP/Getty Images)

The European refugee crisis has deluded many voters into believing that most refugees are coming to rich countries. They are not — 84 percent are in low- or middle-income nations. Tanzania is one such country; it hosts over 350,000 refugees mostly from Burundi and the Democratic Republic of the Congo and has had a long-standing commitment to offering sanctuary to persecuted people, despite being among the poorest 30 countries in the world.

In contrast to other countries in the region such as Kenya, Tanzania’s reputation for hosting has been generally positive; it pioneered rural self-reliance programs for refugees under its founding president, Julius Nyerere, and offered naturalization to tens of thousands of Burundians under President Jakaya Kikwete from 2005 to 2015. Recently, though, it announced its withdrawal from the so-called Comprehensive Refugee Response Framework (CRRF), a centerpiece of the United Nations’ current reform plans for the refugee system. The CRRF is the operational pillar of a new U.N. Global Compact on Refugees, and one of its main aims is to better support refugee hosting countries like Tanzania, including through greater development assistance.

After months of discussions, Tanzanian President John Magufuli rejected a bill on the compact. The apparent sticking point was that the country would have to borrow money from the World Bank in order to support greater opportunities for refugees. As part of the bank’s annual lending window for poor countries, known as IDA18, Tanzania was offered $100 million, split between a loan and a grant. The idea that a country like Tanzania should have to borrow, even at preferential rates, to host refugees on behalf of the international community was roundly derided by Magufuli when he addressed foreign ambassadors in Dar es Salaam on Feb. 9. The government has been clear that it supports refugees but rejected the plan on principle because it wants rich countries to pay Tanzania rather than forcing it to borrow.

U.N. officials in Geneva and New York perceive the Tanzanian decision as an attempt by a nationalist leader to elicit more funding. But it is about much more than money. It is clear to me, having recently spoken with government officials and leaders of nongovernmental organizations, that Tanzania is a country committed to supporting refugees but which feels that international lenders and the United Nations have consistently let it down. The government worries about the security implications of small arms coming to the camps from Burundi and Congo, environmental degradation around the camps, and competition for resources. Above all, what stands out is a sense of historical injustice. Tanzania, having consistently upheld its end of the bargain, has been disappointed by donor states not delivering on their funding commitments.

Tanzania may be a small country, but its reaction has wider ramifications for the global refugee system.Western leaders are especially focused on finding solutions for refugees in havens like Tanzania that are close to conflict zones. And yet, if donors are not even prepared to adequately fund them, there is a real risk that other host countries may follow suit.

Tanzania has been hosting refugees continuously since 1959. During the anti-colonial liberation wars of the 1960s and 1970s, Nyerere offered an open-door policy to hundreds of thousands of people fleeing southern African nations including South Africa and what was then Rhodesia. Tanzania’s government gave refugees access to land, making it one of the most progressive refugee-hosting countries in the world. But when Tanzania finally approached international donors for support to make this approach sustainable at the first and second International Conference on Assistance to Refugees in Africa in 1981 and 1984, major donor countries made pledges but failed to deliver. In the mid-1990s, when Tanzania received mass influxes from Burundi in 1993 and then more than 250,000 Rwandans in just a matter of days in 1994, it faced criticism for its forced repatriation of many Rwandans but received only limited support. In 2008, Tanzania announced that it would naturalize 162,000 Burundian refugees who arrived in 1972. Once again, commitments of international support went unfulfilled.

Today, less than 40 percent of the humanitarian budget for refugees in Tanzania is being met. Local concerns from district and regional commissioners in the border regions feature prominently on the radar of the government. In regions such as Kigoma, they have consistently expressed anxiety about the destabilizing effects of small arms and environmental degradation. In this context, and against the backdrop of history, it is understandable that the request to borrow money to implement a plan agreed far away in New York and largely delivered as a fait accompli feels like another bad deal.

Most of the other 12 countries involved in the CRRF rollout seem likely to stick with the process, but there are still broader lessons for refugee politics. Tanzania’s central message to international lenders is: Don’t be so arrogant as to believe you don’t have to build partnerships among equals. Inevitably, a fundamental feature of the refugee system is its glaring power asymmetry. Rich donors fund at their discretion, and poor countries in unstable regions face an international legal obligation to admit refugees. Unlike a growing number of rich countries, poor countries rarely shirk that responsibility or try to weasel out of it. Their willingness to offer sanctuary on their territory risks being taken for granted. Tanzania’s announcement is a reminder that if the refugee system is to be sustainable, distant donor states must listen more attentively to the concerns of host countries.

The World Bank’s role in responding to refugee crises should be welcomed. But asking Tanzania to borrow in order to assist refugees is a mistake.Debt forgiveness would be a better way to support host states, especially given that structural adjustment programs and the accumulation of debt underlay Tanzania’s shift toward more restrictive refugee policies in the 1990s.