JOHANNESBURG, South Africa, February 15th, 2018,-/African Media Agency (AMA)/- Following the success of 2017, the ‘Discovery Channel Don’t Stop Wondering Award’ is back for a second consecutive year. After receiving over 200 entries from all over the continent in 2017, Discovery is renewing its partnership with the Jozi Film Festival once again to find its next great African filmmaker.
Submissions for the ‘Discovery Channel Don’t Stop Wondering Award’ open on Monday, 19 February and close on Monday 28 May, calling for 2-5 minute documentaries from filmmakers across Africa which showcase and celebrate unique African stories and capture Discovery Channel’s ethos of sparking curiosity.
“Last year’s entries blew us away, with their creative, emotive and thought-provoking portrayals of the diversity of Africa’s culture and people,” said Amanda Turnbull, VP & Country Manager for Discovery Networks Middle East and Africa. “This year, alongside the Jozi Film Festival, we are excited to once again to recognize and reward Africa’s talented filmmakers, and showcase even more creative stories that fulfill Discovery Channel’s ethos of sparking curiosity.”
“Partnering with Discovery Channel was a wonderful success and thanks to this award we were able to showcase some amazing African talent. This year we look forward to the entries we will be receiving”, said Lisa Henry, Jozi Film Festival Founder and Organiser.
This year’s prize from Discovery Channel will include a Canon XF-405 video camera with Singer Photographic camera accessories worth over $5,800 in order for the winner to use for their next filming project. “We are so pleased to be able to contribute to such an incredible initiative and provide aspiring filmmakers with our equipment which is specifically designed to help them create more of their memorable stories,” said Roger Machin, Canon Product Manager – Professional Imaging Products.
“We believe that given the correct tools and production equipment, these innovative and determined individuals will be able to create even more amazing work and ensure that the continent gets to see high quality story telling”, said Kevin Singer, Singer Photographic Managing Director.
The Top 10 films, as selected by a Discovery and Jozi Film Festival jury, will be broadcast on Discovery Channel in July and August and later at the seventh annual Jozi Film Festival in September. The winning film will be selected by popular vote via the voting tool on Discovery’s website: www.discoverychannelafrica.com and the winner will be flown to Johannesburg to receive their prize at the Jozi Film Festival awards to be held on Sunday, 30 September 2018.
Entrants must be 18+ and be an African resident. Submitted films must be in English or include English subtitles. To enter go to discoveryafrica.com, terms and conditions apply. The closing date is the 28th of May 2018 at 19:00 CAT.
In 2017 Discovery Channel launched its partnership with the Jozi Film Festival with its Discovery Channel Don’t Stop Wondering award. After over 200 entries and over 2000 votes received from across the continent, the inaugural award went to Dusty Van Niekerk’s The Tragedy of Africa, which depicted the sad reality of rhino poaching across Southern Africa, and encouraged viewers to take action to help save our rhinos. 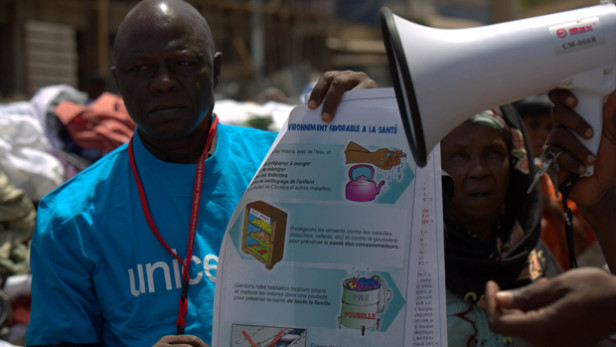