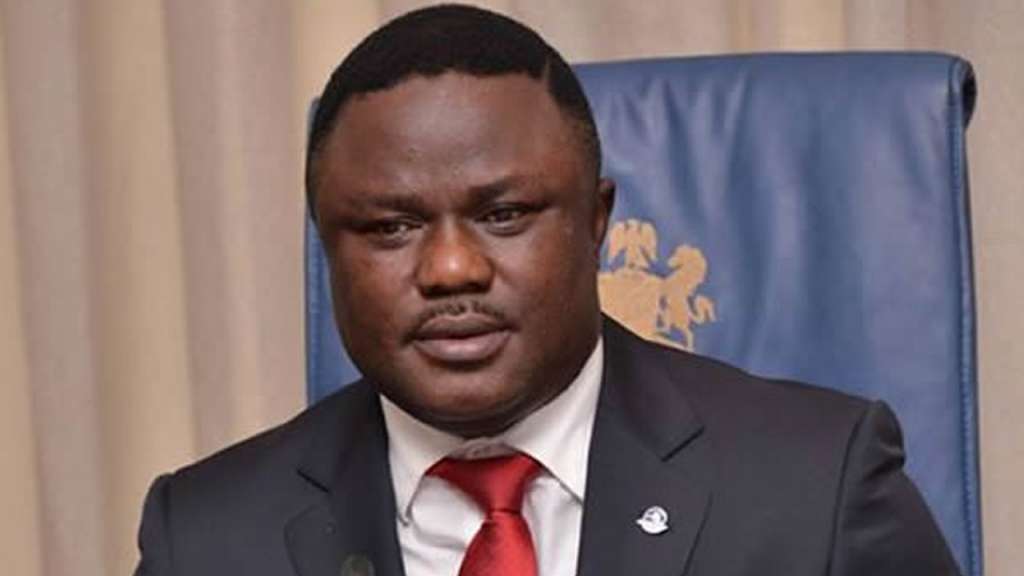 Some of the refugees fleeing the crisis in English-speaking part of Cameroon, who appear to be at home with their Boki ancestral brothers and sisters in Cross River State, recount their ordeals, just as their hosts lament inadequate and overstretched facilities and insecurity of the areas bordering Nigeria and Cameroon.

The Ambazonian group, agitating for total restoration of statehood to the former British colonised parts of the country, often referred to as English- speaking, want the dissolution of the 1961 Union of Southern Cameroon with French Cameroon.

With a population of about 25,624, spread across villages in Ikom, Etung, Obanliku, Boki and Akamkpa Councils, the refugees hope for a home away from home.

A trip to Boki revealled strong socio-cultural and ancestral affinity between the refugees and their host communities, as they cohabit excellently well, typical of Africans. But their greatest challenge is the threat of humanitarian crisis.

In Boki, the refugees, mostly women and children, were seen squatting in every available space, such as church premises, village squares and people’s houses.

They looked tired, hungry and desperate, especially when they see visitors, as it gives them an apparent hope that rescue may have come their way.

Food, clothing and shelter are in short supply and their major problem. Most of the children are out of school and were seen running around, while the women and few men just idled about.

However, some of them managed to do little farming, while few others moved to the “city” areas for menial jobs at day and return at nightfall.

Some of the refuges said the Boki people in Nigeria have been taking good care of them within their own small resources.

One of them, Ojong Steven from Kachifo village in South West Region of Cameroon, said: “I am here with my family of 11 and because of the war that happened in Cameroon, we had to escape to this place called Bashu in Nigeria.

“The Bashu people are trying their best, but the problem is that we the Cameroonian’s are more than the people in the village. So, we find it difficult to feed.

“At times when they bring food, we normally eat together, but the food does not go round.

“Secondly, I am having health issues with my heart and when I was in Cameroon, I used to go for checkup, but now I can’t do that anymore.

“My children who are here are supposed to go to school, but the crisis has affected their education. Two of them were in the university, but now they are all here with me. I don’t know what to do.”

Ojong, who is from Beteme, added: “I married a man from Cameroon and the sister is married here. We have five daughters.

“Since I was born, I have never experienced this kind of thing before. They forced us out of our village and since then, we have been staying here.

“We hardly have food to eat and we sleep on bare floor.”

Another refugee, who simply gave her name as Magdalene, said: “I have an 18-year-old son with epilepsy. When we were still in our country, I used to take him to the hospital where they give him drugs, but since we became refugees here, it has become worst, because he stopped his treatment.

“The people we are sharing apartment with are afraid and have threatened to send us parking. I have six children with my husband and we are all living together in one room.”

Commenting on the claim that the Nigerian government has extradited some of their leaders back to Cameroon, one of the refugees in Abuebam, Simon Ojongo, said: “This is very unfortunate. From the little I know, I don’t think Nigeria has any extradition treaty with Cameroun.

“To me, what they have done is to hand them over to the Paul Biya government to kill.

“We believe we have the right to agitate for our freedom and coming to Nigeria to seek refuge in the heat of crisis, as we are harmless, does not mean that Nigeria should give us out.

“The international community should come in.”

On his part, the village head of Bashu, Chief Emmanuel Echam, said the situation “is not too bad, because the community is taking these people in, but it is bad because their population is more than my community.

“They don’t have place to sleep and they don’t have food to eat, especially here in my community. We have to get some mat for them to sleep on, even with that, they are still having challenges.

“We appeal to governments at all levels to assist these people”.

A native of Abu and Special Assistant to Governor Ben Ayade on Aviation Matters, Mr. Amos Kajang, said: “The Boki-speaking Cameroon has strong ancestral relationship with the people of Boki in Nigeria.

“Many of them have common ancestry; it is an age-long relationship that has existed between them for over six decades. There have been inter marriages and many people from our place share dual parentage; some are Nigerians and some are Cameroonians by ancestry.

“Some have their great grand parents from Cameroon-speaking communities of Boki and in addition to that, the Ochipe Boki, which is a socio-cultural organisation of the Boki nation that defines the values, customs and creed of Boki people have an offshoot in Boki Cameroun, which is also part of the clan that makes up the Ochipe Boki.

“The Boki Cameroun are the Boki- speaking people, who by implication, are the ones affected by this uprising. It is even on record that the Ochipe Boki is making frantic effort to send relief materials and consolation messages to the Boki-speaking people of Cameroun, who are currently against this dislodgment by increase wave of violence in the Republic of Cameroon.

“So, Boki Nigeria and Boki Cameroon are contagious, in terms of ancestry. They speak the same language. It is the other side of Cameroun, which is the Anya- speaking people, or as they called in a common language, Obonyi, that are not Boki-speaking.”

According to him: “Escaping into Boki Nigeria is like coming to meet with their kit and kilns and it is like a safe heaven for them, where they could fall back, not because of seeking asylum, as if that were the case, they will follow the defined process, but because of the conjugal relationship that exists in between them. Many of those things are like waivers.

“So, the Bodam person, Danare, Dadi, Kachifo feels at home, because they are brothers and sisters in Nigeria, where they speak the same language and have lingual identity.”

On their daily relationship, he said: “Our people in Danare, Bishua and others have been very hospitable and receptive, as they see them as the same flesh, are lingual related and biologically traced to themselves, amidst challenges.

“The ecological, hygiene pressure and essential amenities, such as water, shelter and the rest are major challenges, because the communities around here were least prepared for the upsurge.

“Be that as the case may be, these people have no choice than to accommodate them. So, you can find a household having up to 29 to 30 persons within a narrow house that was originally for about five or six persons in an African setting.

“Under this condition, we have issue of diseases and the social crime rate may be swollen, with different ways of life, cultural cross cutting and so many other ecological challenges outside the direct ones which are basic necessity of life.

“We are trying their best, but we are being overstretched, in terms of food and shelter. Communities are even contributing money to feed the large population. Most communities do not even have what to sell. They usually sell things like banana and plantain, but they seldom sell again because the food in the farm can hardly satisfy the people.

“They could sell akpu (cassava flour) in those days, but now nobody can sell again. Besides, the villages of Bodam, Kachifo and Udade dislodged by the Cameroon soldiers are predominantly cocoa farmers. They were ousted out at the peak of harvest and they ran away, their farms abandoned, buildings destroyed.”

He expressed regret that even though from Danare to Bodam is about three kilometres and just a marginal line: “There is no one security personnel there. There are spontaneous. When there are issues, we call them and last time we had issue, we had to call repeatedly, making frantic efforts before they came.

“Even policemen are not there. So long as the borders are not developed, the people there are left at the mercy of any terrorist, either day or night, because nobody checks them.

“We just have the local community security and it is clear that Cameroon is more advanced into Nigeria, because if their soldiers could walk up to that point in Nigeria without any check or reservation, it shows that Nigeria has not worked seriously towards its territorial protection.”

But spokesman of the 13 Amphibious Brigade of the Nigerian Army in Calabar, Capt. Kayode Owolabi, maintained: “Actually, our men are there, but the network to reach them is the problem.”

To that, Kajang said: “Every information that the Nigerian Army has supplied that their men are on ground is false, because there is no border.”

An assessment by the Catholic Caritas Foundation of Nigeria (Caritas Nigeria), through its Diocesan Caritas- Justice Development and Peace/Caritas (JDPC)- across the affected councils between January 7 and 20, this year, discovered that the refugees were mostly based in the communities sharing borders with Cameroun.

Their report, signed by the National Director, Rev. Fr. Evaristus Bassey, Catholic group estimated that at least 20 persons seek refuge in the area per day at each of the centres as at January 20, with a population of about 25,624 persons, comprising children, women and men.

*Courtesy of The Guardian Nigeria
0