CAF President Ahmad Ahmad has warned Cameroon that they must step up their preparation if they’re to retain hosting rights for the 2019 African Cup of Nations.

Cameroon’s ability to host the biennial African football showpiece has been under increasing scrutiny since the Confederation of African football voted – at the CAF Symposium in Rabat in July 2017 – to extend the competition from 16 teams to 24.

Speaking at the Caf 40th Ordinary General Assembly in Casablanca on Friday, Ahmad confirmed that, following an inspection of the country, Cameroon are still falling short of expectations and must improve their efforts if they’re to retain hosting rights.

“There was already an inspection by the company, Roland Berger, who make their analysis and then propose to the executive committee which decision to take,” Ahmad told journalists. “They were in charge of auditing the infrastructure and organisational issues for the tournament.

“Between the inspection reports and the specifications, there’s still a deficit,” the Malagasy football administrator added. “As a result, Cameroon were told to double up.”

Representatives from global strategy company and independent assessors Roland Berger toured Cameroon between January 12 and 23 in order to asses the nation’s preparations.

The competition is set to be staged in five cities across Cameroon – Bafoussam, Douala, Garoua, Limbe and Yaounde – with the venues each in different states of readiness.

“There are people who are lying,” he continued. “I am a man of my word, and my Executive Committee won’t make any changes to the decisions made at the Symposium.

“We will apply the regulations with vigour, the key actors in football want a better AFCON in all areas.

“The specifications require infrastructure, hotels, stadiums, hospitals and a lot more. These are all priorities now.”

As reported by BBC Sport, Ahmad has previously acknowledged that CAF will find an alternative Nations Cup host if Cameroon ultimately fail to demonstrate their preparedness.

According to Africa News, Morocco, hosts of the ongoing African Nations Championship, are committed to hosting the 2019 event should Cameroon have hosting rights taken off them. 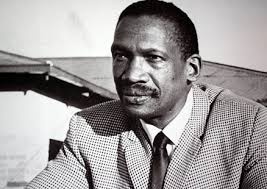 South Africa: Sobukwe – a Leader Who Walked the Political Talk to the Finish