SEATTLE, United States of America, February 13, 2017,-/African Media Agency (AMA)/- Today, Bill and Melinda Gates share their 2018 Annual Letter, “The 10 Toughest Questions We Get.” In this year’s letter, the tenth one that they’ve written, Bill and Melinda respond to 10 tough questions they’ve received over the years from nonprofit partners, government leaders, the general public – and supporters and critics alike.

They open the letter by noting that while the majority of headlines focus on the negative, they see a world that’s getting better, citing that the number of children who die every year has been cut in half since 1990 and extreme poverty has declined by nearly half in just 20 years.

The letter also includes tough questions that are relevant to their work in Africa, including questions about the foundation’s influence and why they are giving away their wealth.

In relation to their work in Africa and other regions, the co-Chairs of the foundation were asked whether they were imposing their values on other cultures. In their answer, Bill and Melinda outlined their commitment to listening and learning from their local partners in an effort to avoid the mistakes of past development programs, and the shared common values that unite the world.

“We’re acutely aware that some development programs in the past were led by people who assumed they knew better than the people they were trying to help. We’ve learned over the years that listening and understanding people’s needs from their perspective is not only more respectful-it’s also more effective,” said Melinda Gates.

“The idea that children shouldn’t die of malaria or be malnourished is not just our value. It’s a human value. Parents in every culture want their children to survive and thrive,” said Bill Gates.

The 10 questions in the letter touch on a variety of topics ranging from education and climate change, to politics and partnership. To read the letter in its entirety, visit www.gatesletter.com.

To watch and download videos of Bill Gates answering tough questions related to the foundation’s work in Africa, follow this link.

Guided by the belief that every life has equal value, the Bill & Melinda Gates Foundation works to help all people lead healthy, productive lives. In developing countries, it focuses on improving people’s health and giving them the chance to lift themselves out of hunger and extreme poverty. In the United States, it seeks to ensure that all people-especially those with the fewest resources-have access to the opportunities they need to succeed in school and life. Based in Seattle, Washington, the foundation is led by CEO Sue Desmond-Hellmann and Co-chair William H. Gates Sr., under the direction of Bill and Melinda Gates and Warren Buffett.

The Bill & Melinda Gates Foundation works with partners in more than 45 African countries to reduce poverty and improve health. Some of the major areas of investment include agriculture, child health and nutrition, family planning and financial services for the poor. Between 2001 and 2016, the foundation invested more than $9 billion across Africa.

Bill Gates is co-chair of the Bill & Melinda Gates Foundation.

Along with co-chair Melinda Gates, he shapes and approves grant-making strategies, advocates for the foundation’s issues, and helps set the overall direction of the organization.

Bill and Melinda Gates work together to expand opportunity to the world’s most disadvantaged people by collaborating with grantees and partners. They also participate in national and international events and travel extensively to focus attention on the issues the foundation champions.

In 1975, Gates left Harvard University in his junior year to focus on Microsoft, the company he founded with his childhood friend Paul Allen. As chief software architect and chairman, Gates led the company to become the worldwide leader in business and personal software, services, and solutions. In July 2008, Gates transitioned into a new role as chairman of Microsoft and advisor on some key development projects.

He is a member of the board of directors of Berkshire Hathaway Inc.

Along with Bill, she shapes and approves the foundation’s strategies, reviews results, and sets the overall direction of the organization. Together, they meet with grantees and partners to further the foundation’s goal of improving equity in the United States and around the world.

Through her work at the foundation over the last fifteen years, Melinda has seen first-hand that empowering women and girls can bring transformational improvements in the health and prosperity of families, communities and societies. In 2012, Melinda spearheaded the London Summit on Family Planning, which adopted the goal of delivering contraceptives to an additional 120 million women in developing countries by 2020. Her work has led her to increasingly focus on gender equity as a path to meaningful change.

The second of four children, Melinda grew up in Dallas, Texas. She received a bachelor’s degree in computer science and economics from Duke University in 1986 and a master’s in business administration from the Fuqua School of Business in 1987.

After joining Microsoft Corp. that year, she distinguished herself as a leader in the development of multimedia products and was later appointed Microsoft’s General Manager of Information Products. In 1996, Melinda left Microsoft to focus on her philanthropic work and family.

Melinda lives with her husband and three children in Seattle, Washington. 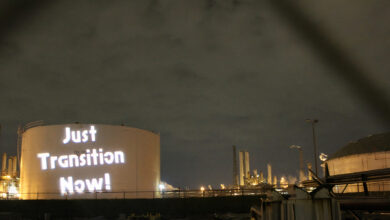