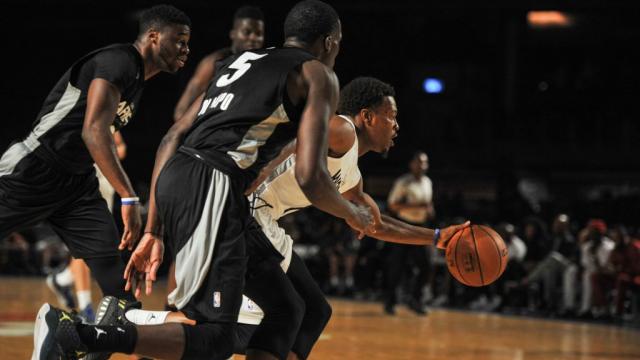 More than 13 months into the Trump administration, the senior State Department job on Africa remains unfiled, along with appointments for U.S. ambassadors to South Africa, Morocco, Tanzania, and other high-profile political posts.

In addition to these diplomatic vacancies, the Trump administration is proposing a 30 percent cut in foreign assistance for the 2019 Fiscal Year budget, on top of recent reductions, which will disproportionately impact the African continent.

These Washington realities, when considered in conjunction with the controversy over the U.S. president’s alleged remarks labeling an entire continent of 54 unique nations as “s—holes,” would appear to paint a pretty bleak picture for America’s future engagements in Africa.

However, traditional diplomacy is being increasingly supplemented by an explosion of citizen-to-citizen contacts, which are creating shared value, good-will and relationships of consequence. This work is more important now than it ever has been, and can be found in unexpected places.

NBA Africa, led by Managing Director Amadou Gallo Fall and the league’s commissioner, Adam Silver, have helped to transform the NBA’s footprint in Africa. In doing so, they have become part of the front-line of private sector institutions which celebrate a continent unhampered by inaccurate clichés, and defined by its potential, its people, and its diversity.

Fall, originally from Senegal, came to the U.S. on a basketball scholarship in the late 1980s, graduated with honors, and returned to Senegal to work for the Senegal Basketball Federation. He would later be hired as a scout for the Dallas Mavericks and eventually recruited by the NBA.

Sports through Education and Economic Development in Senegal (SEEDS), which Fall founded upon his return from studying in the U.S., has become embedded into the culture of NBA Africa, and holds that through a love of sport, basketball can be a tool for social, economic and personal development.  The league has taken its commitment to community to heart through the NBA Players Association, and programs like NBA Cares, and Basketball Without Borders.

Fall and Silver lobbied to bring an NBA exhibition game to Johannesburg, South Africa, in 2015. Importantly, it would be the first game involving any major North American professional sports league to take place on the continent of Africa.

“Team Africa against the World,” as it has become known, is now played annually and this year will be dedicated to the life and legacy of the former South African president, Nelson Mandela, on the centennial of his birth year.

At the NBA Africa luncheon on Saturday, 17 February, on the margins of 2018 NBA All-Star Weekend in Los Angeles,  Silver explained that, “basketball is witnessing an explosive growth in Africa.” He explained that one of the cardinal objectives of NBA Africa is to grow the game and to see more young players competing at the highest level. Silver predicts more than 100 million Africans will eventually play the game.

“But it’s not just about the sport,” Fall told me in an interview.  “Yes, we celebrate the fact that this year 12 African-born players will be playing for the NBA. But as NBA Africa, we must reach beyond the players.”

Fall believes it is his responsibility to give a greater voice to African innovation, African excellence, and to help reclaim the narrative on Africa.  And last weekend in Los Angeles, just hours before NBA All-Star Saturday Night, that’s exactly what NBA Africa did.

Silver, Fall, African legends and players like Dikembe Motumba and Serge Ibaka assembled — not to talk the sport, but to lead a discussion on youth, development and entrepreneurship.

The luncheon was titled #AfricaNow and featured a panel of African entrepreneurs to showcase the human potential of the continent through the eyes of prominent innovators and changemakers.

“It is our culture and our story. We must own it. We must define it. And it is we who must monetize it.”

On stage, and at the head table sat officers from the World Bank along with private sector players, like Invest Africa.  The African Development Bank noted it would unveil later this month a multi-year program with sport as the foundation for a youth empowerment program.

Perhaps eventually the Trump administration will prioritize diplomatic engagement with Africa, appointing senior officials and propose a budget which better reflects our national security interests. In the meantime, I find inspiration in our citizen diplomats, no matter their excessive height

*Source The Hill.K. Riva Levinson is president and CEO of KRL International LLC,a D.C.-based consultancy that works in the world’s emerging markets, award-winning author of “Choosing the Hero: My Improbable Journey and the Rise of Africa’s First Woman President” (Kiwai Media, June 2016). You can follow her on Twitter @rivalevinson. 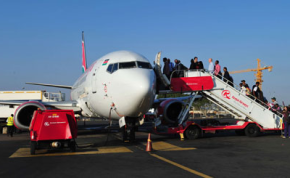