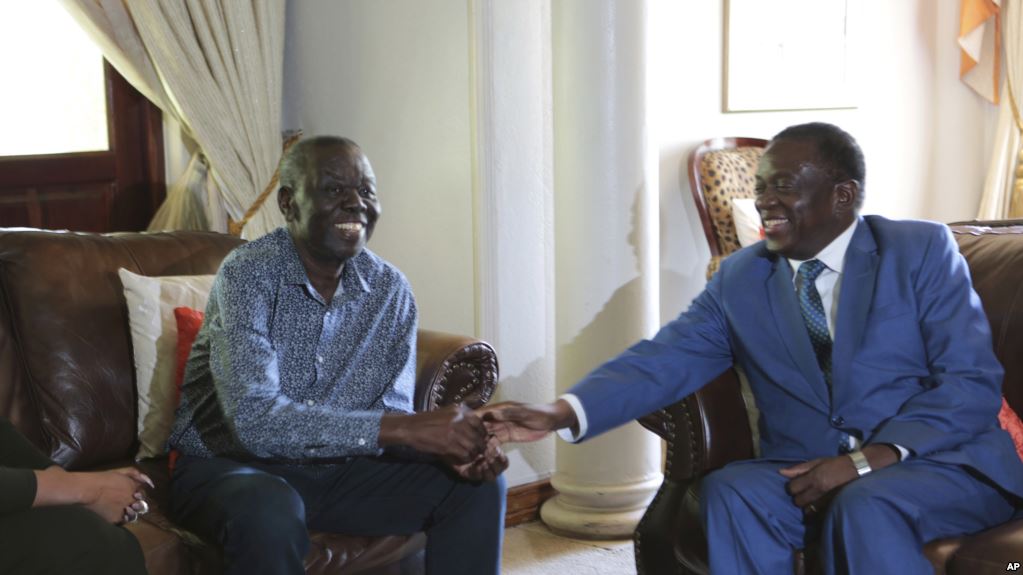 It was a symbolic gesture by Mnangagwa, whose party and the military have vilified Tsvangirai for decades, calling him a puppet of the West.

The president ruled out the possibility of a unity government, saying “currently there is no need.” He has included no opposition figures in his Cabinet.

Tsvangirai was prime minister in a unity government between 2009 and 2013 after he beat Mnangagwa’s predecessor and mentor, Robert Mugabe, but not with enough votes to avoid a second round. He boycotted the runoff, alleging military-led violence against his supporters.

An opposition alliance has endorsed Tsvangirai as its candidate for 2018 elections expected mid-year. But the opposition leader has battled colon cancer for more than two years.

Tsvangirai, who routinely travels to neighboring South Africa for treatment, did not speak to reporters. He looked thinner than in November, when he cheerfully addressed reporters shortly after the military intervened to pressure the 93-year-old Mugabe to step down after his firing of Mnangagwa as vice president.