The U.N. secretary-general is urging authorities in the Democratic Republic of Congo not to further delay general elections but to hold them, as promised, at the end of this year.

“In the current politically polarized climate, there is a real risk that plans for the holding of the long-awaited polls could be derailed once again,” Antonio Guterres wrote in his quarterly report to the Security Council on the work of the U.N. stabilization mission in DRC, known as MONUSCO.

The government and opposition signed an agreement Dec. 31, 2016, calling for President Joseph Kabila to step down after elections were held in 2017. But the promised polls have been repeatedly delayed, inciting civil unrest and prompting fears that the 46-year-old Kabila may seek to further extend his 17-year-long rule.

The elections, which are also to include legislative and provincial contests, have been rescheduled for Dec. 23, 2018.

“The government, the ruling majority, the opposition and civil society, and the Electoral Commission must all play their part in ensuring that electoral preparations proceed in a timely fashion,” U.N. Peacekeeping Chief Jean-Pierre Lacroix told a meeting of the Security Council on Tuesday. “Further delays in the electoral process not only risk fueling political tensions, but also compounding an already fragile security situation.”

Lacroix’s office oversees the MONUSCO mission which, with more than 21,000 personnel and an annual budget of over a billion dollars, is the U.N.’s biggest peacekeeping operation. It recently suffered the loss of 15 Tanzanian peacekeepers in an ambush in the volatile eastern part of the country.

DRC U.N. Ambassador Ignace Gata Mavita wa Lufuta dismissed the allegations, saying the five deaths had nothing to do with the protests and were of separate incidents involving mainly criminal elements. He reiterated the Kabila government’s willingness to hold elections.”While we wait for elections scheduled on 23 of December of this year, the right attitude of all political actors and all the Congolese people should be to do everything possible to prepare for the smooth holding of these elections in a peaceful atmosphere,” the envoy said.

Several security council members expressed concern about the security situation, the violation of human rights, and the need for the elections to go ahead as scheduled.

“Credible, transparent and peaceful elections leading to a peaceful and democratic transition are necessary for the stability of the DRC, and indeed the entire region,” France’s U.N. envoy Francois Delattre told the meeting. He warned that “stagnation in the political process” would only add to the instability threatening the region.

Ivory Coast, which joined the council on Jan. 1 as a non-permanent member, urged all parties to hold the elections on time and expressed concern at the recent violence around the protests.

“My delegation is concerned at the recent protests that led to loss of life, significant material damage and many arrests of protesters,” Ambassador Bernard Tanoh-Boutchoue said. He urged all political stakeholders to exercise restraint and avoid violence.

Equatorial Guinea is also a new council member, and its envoy Anatolio Ndong Mba advocated that all stakeholders participate in “transparent, frank and inclusive, and good faith dialogue.”

As part of its mandate, the U.N. mission in DRC is supporting the electoral process, and providing logistical and technical support to the Electoral Commission for voter registration and other electoral activities. 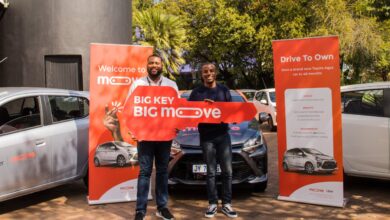