Both Zimbabwe and Liberia have just undergone a major transition in the construct of their internal political arrangements. In both cases the new leaders have the support of the industrialised world. They are anxious to see a return of functional businesses in the two countries and are willing to invest and stabilise the economies.

The major hurdles for this re-engagement with Zimbabwe and Liberia is that the structures of the economic models which have been in place need change and an improvement in the transferability of the currency into a ‘normal manner of exchange ‘which will take time as will the development of confidence in the stability of the adaptation by the international community.

There will be a time lag between good intentions and the development of a macro-economic model in the countries which will satisfy international criteria. However, for many of the citizens in the countries time is of the essence.

Concomitant with the economic decline which has preceded the changes in government has been a concomitant decline in the internal infrastructure of the countries and its international transport links. These problems must be solved on a national or regional level. But for the smaller businessman, health professional, farmer, food processor there is an urgent need to acquire modern technology to get started on the new opportunities. Most do not have the capital to do so; most don’t have lines of credit at banks which will allow them to borrow to buy new equipment; most don’t have access to facilities for the repair, maintenance and insurance of this equipment even if they could acquire it. Still less can they afford the transport costs of importing the equipment from overseas.

This market is best served by the lease of this equipment from a domestic leasing company, in association with the new government initiatives. The markets in North America and Europe are full of used tractors, dentist chairs, medical equipment, irrigation pumps and fittings, earthmovers, and the hundreds of other pieces of kit which will be required in Africa. For the most part their value has already been amortised over a five-ten-year period in their own markets, so they can dispose of the equipment at the depreciated price; probably with an additional tax relief on the sale if it is destined as international aid. These can be rehabilitated before their sale and collections of spare parts and replaceables included.

The main advantages are in getting needed, modern equipment to the countries as quickly as possible, allowing the end -users without a lot of cash or credit, to acquire the machinery on a lease basis; allowing the government to implement its outreach into the economy by underwriting the credit needed for the acquisition and transport of the equipment by issuing a sovereign guarantee to the transaction; by training a domestic cadre of maintenance specialists and technicians as part of the lease provision; and by maintaining spare parts and replacements in the country. For many international aid programs in Europe and North America it will be a simple and valuable method of aiding these countries by subsiding the transport of these goods to Zimbabwe and Liberia.

It is also a model which can be used across Africa. 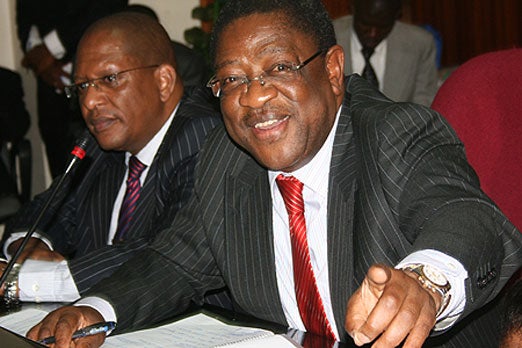