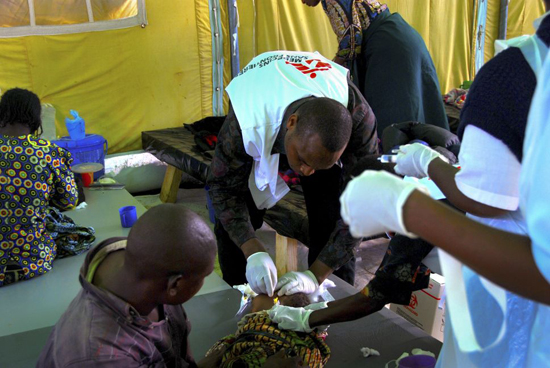 Cholera outbreak has wrenched havoc in Malawi, Tanzania and Zambia forcing the three southern African countries to take desperate measures in trying to contain the situation.

In Malawi government has put 16 out of the country’s 28 districts on high alert on cholera, a deadly disease which has so far attacked 190 people and killed 4 since the first case was registered in November last year.

The disease believed to have been brought into the country by Malawians who visited their relations in neighboring Tanzania has for spread to seven district, Karonga , Nkhata-bay, Salima , Dedza, Dowa Lilongwe and Kasungu. Karonga and Nkhatabay are the most hit.

Minister of Health and Population Atupele Muluzi said although the cholera situation is certainly worsening, it has not yet reached the stage where it can be regarded as an epidemic.

He told reporters in the capital Lilongwe that the outbreak is largely because of poor hygiene.

However, Cholera is a recurrent problem in Malawi. As a preventive measure, government has long been giving oral cholera vaccine to people in high risk areas.

Government statistics show that about 600, 000 Malawians have received the vaccine since 2015.

‘‘Immigrants suspected to have been infected are being screened and rendered with treatment, ’said the Department’s spokesperson Joseph Chauwa told local media.

In neighboring Zambia, the disease has killed about 50 people in the capital, Lusaka, and affected more than about, 2,000 others since September.

Reports show that Zambia has put several interventions to stop the disease.

These include banning the sale of fresh food and hand shaking. The country has also postponed the schools calendar, constitutional hearings and political activities, in addition to closing down a number of businesses whose hygiene was wanting.

The country has also deployed military to help combat the disease..

In Tanzania, authorities have banned fishing in Lake Rukwa.