Liberia’s President-elect, George Weah during his first public address after the December 26 elections outlined his vision for the country. Speaking at his Coalition for Democratic Change (CDC) party headquarters, Weah said that one of his main priorities, as he enters government, is to attract foreign investment.

Weah started his address by acknowledging and giving thanks to the Nobel Peace Prize laureate and outgoing female President, Ellen Johnson Sirleaf. Weah said he was deeply honoured by the way Sirleaf managed to oversee the first peaceful and democratic power transition in the country in more than 70 years. Weah said Sirleaf was Africa’s iron lady and his administration is going to build its foundation on the institutional gains made by Ellen Johnson Sirleaf’s administration.

Weah also honoured his rival, Joseph Boakai, Liberia’s Vice President who he defeated in the run-off. He said Boakai is a good neighbour and a statesman guided by the principles of patriotism and African identity.

Liberia is “open and ready for business” was among the first words uttered by Weah in his first public address. He said that Liberia will look into forming and strengthening ties with other nations both regionally and internationally. Weah promised investors that Liberia will welcome everyone and that the country is full of opportunities that potential investors are free to explore.

Though he did not provide much detail into his government’s policy specifics, many experts say that the Weah administration is likely to keep in place 80 percent of the policies that were in place during the Sirleaf administration. They say major changes in relation to investment opportunities may come in the banking and telecommunications sectors that are dominated by locals but not performing to the desired standards.

Weah also touched on the issues that have dogged the Sirleaf administration for the past 12 years that is corruption, income inequalities, and poverty. He acknowledged that corrupt individuals who have been enriching themselves unlawfully at the expense of the general masses have drawn Liberia back in recent years. To this end, he said he will fight until the very end to tackle and eliminate entrenched corruption in the country.

Though he did not touch on the issues of poverty and income inequalities, experts said Weah knows that these are the two areas that the public has high expectations. Experts say his success or failure will be judged by how well he manages to fix rampant unemployment and poverty. By stating that foreign investment is one of his priorities, experts say Weah is indirectly looking at ways of reducing unemployment and ending poverty.

Liberia’s chief exports, rubber and iron ore prices on the world market have been decreasing over the years so, for Weah, he will know it’s not a case of adding value to the country’s precious resources through beneficiation before exporting. Diversification of the economy is also important, Liberia has a dormant tourism industry that possesses the potential of becoming one of the biggest on the continent thus Weah will have to look into this area.

Weah also had a message for the thousands of Liberians living in the diaspora. He said that their knowledge and skills are crucial for the development of the country, “We need Liberians to come home and work for our country.”

2017 was the third year that Weah was running for the executive office. In 2005, he won the first round of the election before losing out to Sirleaf. In 2011, he was a Vice Presidential candidate running alongside diplomat, Winston Tubman, the two boycotted the run-off after weeks of court actions to reform the electoral processes. In 2014, Weah was elected to the Liberian Senate, he defeated Sirleaf’ son.

Weah is expected to take the oath of office later this month. 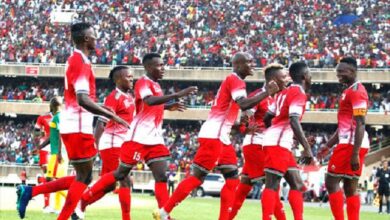