Josiah Emerole, Head of Public Relations of the National Agency for the Prohibition of Trafficking in Persons, NAPTIP said the delegation was led by Mr. Onyeama.

His words: “Other members are the Director-General, NAPTIP, Julie Okah-Donli, and Mrs Abike Dabiri-Erewa, the Senior Special Assistant to the President of Diaspora Matters,’’ he said.

He said that the delegation departed the Presidential wing of the Nnamdi Azikiwe International Airport, Abuja, on Wednesday at 9:20 a.m. on-board the Nigeria Air Force Flight N5FGS.

According to him, fact finding mission on the level of the enslavement of Nigerians in that country would be part of their engagements in Libya.

He said that they would also engage the Libyan Authorities, Nigerian officials and Nigerian citizens living there, as well as International organisations working on migration issues in Libya.

The News Agency of Nigeria reports that following reports of the enslavement of Nigerian Migrants in Libya, President Muhammadu Buhari ordered the evacuation of all Nigerians trapped in the country back home.

Meanwhile the president also set up a team led by the Foreign Affairs Minister to work out modalities for carrying out the mass evacuation.

Since then, some high level meetings have been held among various federal government agencies with Vice President Yemi Osinbajo, presiding.

Mr. Emerole quoted the NAPTIP’s Director-General as saying that, “the Agency is ready to assist victims of human trafficking who will be returning to Nigeria to get properly reintegrated back into the Nigerian Society.

’“Our counsellors are fully ready to receive the returnees and give them the needed psycho-social assistance for proper reintegration into the society.

“We will also help them with all the necessary tools to sustain themselves including vocational training and education assistance.

“This will be done with assistance from government, corporate bodies and the international organisations.

“This is not the time for anybody to stand aloof and watch the federal government to do it alone; all hands must be on deck now. Doing nothing will affect all of us,” she said. 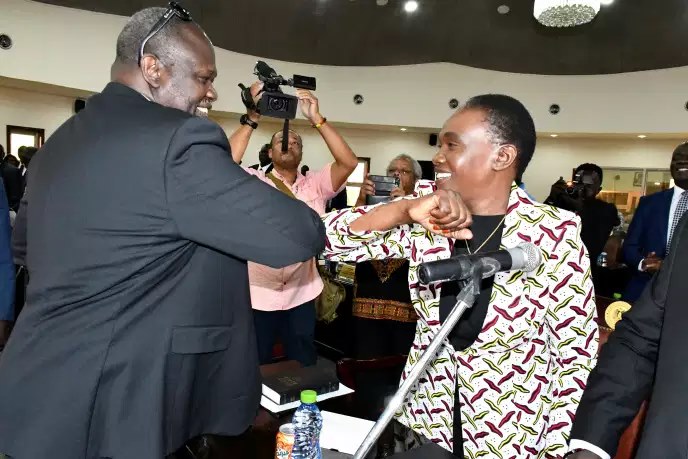