-We will not be fooled a third time into believing that Kabila will hold elections.

-Kabila’s evil ways have unified the people against him.

-African leaders have left their people infrastructure and opportunity. Kabila has left nothing but destruction

The only solution for the political crisis in the D.R.Congo is for President Joseph Kabila to step down and give way for a new transitional government to hold transparent, and free elections ,says Christian Malanga, President of the United Congolese Party.

Malanga who shuttles between the USA and the D.R.Congo accuses President Kabila of creating a country of sadness and death where rape is used as a tool for his power.  Whereas some African leaders have bequeathed a legacy of infrastructure and opportunity their people, Kabila has left nothing but destruction, says Malanga who is nursing Presidential ambitions of his own.

Mr. Christian Malanga, you are President of the United Congolese Party, can you start by introducing your party and how you became its leader?

Thank you for taking the time to interview me and learn more about my cause. Let me start from the beginning. When I was a teenager my family moved to the United States as political refugees. It was in the US that I had the opportunity to follow my entrepreneurial spirit. As a young entrepreneur, I had a yearning to go home to the DRC and give back and shine a light on my people. Living in America also exposed me to the values of democracy the importance of serving one’s country. When I went to the DRC I decided I should join the military as a DRC patriot. It was my time in the military where I witnessed first hand the systematic corruption Kabila had orchestrated. He was purposely creating the mess in East Congo and the military was not being paid adequately and more importantly was given orders to stand down to Mai Mai rebels.

There was a moment of clarity when I saw a protesting civilian killed and I knew then that I must bring change to the Congo.  I decided to run a grassroots political movement with posters, speeches, rallies; using all of the ways I witnessed good democracy in America.

However, I came to find out in order to get a position in office you needed to be a Kabila crony. My strategy scared Kabila and his cronies and he tortured me for two weeks and raped my secretary. The Carter Center rescued me and  I then decided to go to the US to form my political party, The United Congolese Party, and lobby in Washington DC.

After lobbying in DC and gaining much support, I decided to campaign to the Congolese diaspora worldwide. I spent time creating my grassroots campaign in USA, Canada, Belgium, France, England, Germany, and South Africa. My vision is for a true democracy based on the principles of the DRC Constitution, grow mass support, and eventually became the voice for all Congolese people being oppressed by the unconstitutional dictatorial regime.

You are based in the USA, how well implanted is the party in Congo and how does it function there with a President who is out of the country?

Although I have a major office in Washington, DC I am currently based and working in Kinshasa. I am in my country because the only way change will happen is if we are organized.
How would you describe the political situation in the country today?

The country is currently a failed state. We have a dictator who will not follow his sworn duty to the Constitution. Although we have the world’s supply of cobalt: the most important resource for the 21st century and beyond and the DRC is sitting on trillions in resources, the DRC cannot thrive in the current conditions. The DRC is the rape capital of the world, we have no infrastructure, no jobs, we are a hungry population with a short life expectancy, diseases such as cholera because we lack clean water and plumbing. We have countless massacres in Kasai and Beni which are for the benefit and at the behest of Kabila. We have systematic corruption from the highest level to the lowest level. Nevertheless, with education and Kabila gone change can be rapid and great for the people.

There have been growing protests and demonstrations against President Kabila recently, how far are Congolese willing to go to get him out of power?

We are going to arrest Kabila and his criminal political cronies. The problem in my country is the political elite who steal from the country. We the people are creating a new government of the people, by the people, and for the people.  It is my vision to ensure that democracy and development succeed. I will be the President of the new transitional government.  With dedication and hard work democracy and a transitional government will be coming in the very near future.

Kabila may still be there, but elections are coming up, why can the people of the D.RC not be patient and use the election to vote him out?

Elections are coming when the people remove Kabila. Kabila is a pathological liar. There is an old saying: fool me once shame on you, fool me twice shame on me. We will not be fooled a third time into believing that Kabila will hold elections.

Mr Kabila has been there since 2001, if you had to be unbiased in your assessment, what are some of the things he got right for the D.RC, his critics say he united the country, and has greatly improved infrastructure, do you agree with any of these?

Have you been to my country? Infrastructure is the biggest problem for my country. DRC under Kabila has ranked among last in UN Development Programs Human Development Index. The World Economic Forum’s global competitive index continues to rank DRC in the bottom ten countries. We are starving and don’t have access to clean water and reliable electricity and to get around in the country is a complete mess. Kabila created a country of sadness and death. He created a country where he uses rape as a tool for his power. Kabila has not unified the country through government; rather he has caused endless carnage. Kabila instills fear in our people by using psychopaths such as the Spirit of Death whom he commands to go out in the street and ruthlessly kill civilians.

The only unification that has come out of Kabila’s evil ways is that he has unified the people against him. It has woken up the people how important democracy is and how important it is to hold the government accountable. It has created a young population ready to be on the right side of history working to promote good policies that will benefit the country and our people.

Kabila is relatively young, what role do you see for him when he leaves power, maybe he fears for himself and his family, are there any incentives that the opposition could use to encourage him leave power, even a golden parachute as has been done in some African countries?

Kabila is a criminal on the largest scale. Countless numbers of civilians have been tortured and died because of his actions. Kabila does not discriminate: he has killed many Congolese women and children. Justice is a universal right and he should be prosecuted to the fullest extent of the law. His actions do not warrant clemency. We can’t compare DRC to other African countries; other African leaders have left their people infrastructure and opportunity. Kabila has left nothing but destruction.

Can you paint the profile of the kind of leader you think the D.R.C will need after Kabila leaves power?

We need a leader who will focus on education and empowering the people to be productive members of society. We need a unifier: a person who understands the hurdles facing Congolese people and will work tirelessly and smartly to fix the problems that have been a result of a failed state.

What is your take on the way the international community has handled the political crisis in the D.R.Congo?

There are many who think that if the D.R.C is in chaos, it is because of its resources, what is your take on this?

You seem to be nursing Presidential ambitions yourself, are you running and what do you think your chances will be?

I am organizing under democratic principles. I would love to have real elections where I have a democratic campaign. The reality is Kabila will not step down and elections are impossible as long as Kabila is enforcing his will on the people. My campaign is democratic.  It is grassroots by and for the people.  My campaign is the only vehicle for democracy.  Let me make this clear, Kabila must first be removed and then a new transitional government can hold transparent and free elections. I will lead the transitional government and lead my people to freedom.

A last word on the future of the D.R.C, what makes you hopeful and what are your fears?

I am very hopeful because I see our people are motivated for a better life. The Congolese people understand opportunity is possible and endless when there is good governance and democracy and I am committed to delivering both. Fear is not in my vocabulary. My vision is just, and right ,and my strength comes from my faith in God. Thank you for taking the time to interview me. 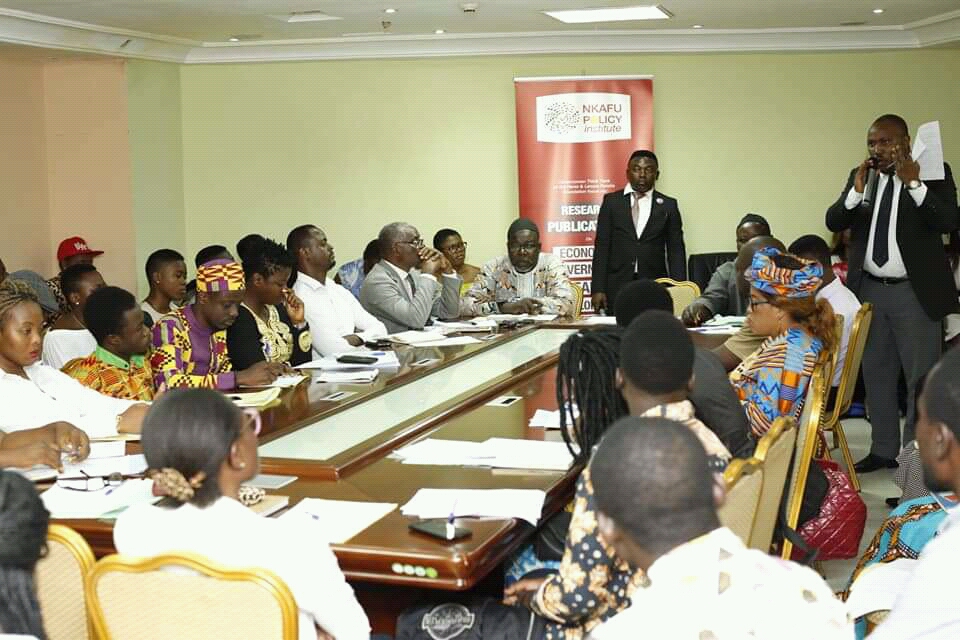