A very significant event—a peaceful mass protest against the misgovernance and mindless plunder of Imo State by Mr. Rochas Okorocha—took place in Owerri exactly a month ago, on Monday, December 18, 2017. It was organized by the Imo Peoples Action for Democracy (IPAD), a coalition of civil society and professional groups in Imo State. It didn’t get much media traction, not because it didn’t deserve national media attention. Part of the problem is the character of the Nigerian media. The other explanation was the concerted effort by Mr. Okorocha and his goons, aided by the Nigeria Police, to suppress the protest.

By the morning of the protest, radio stations in Owerri were running bulletins, issued by the Nigeria Police, claiming that the protest had been called off because the police had declared it illegal. That declaration was, of course, not only patently false but illegal considering that the Nigerian constitution guarantees citizens freedom of thought and expression.

Not trusting their own propaganda, Mr. Okorocha and the police rolled out tanks, deployed various security outfits and laid siege to Owerri, searching vehicles coming into the city centre for protesters. Their machinations, and the massive security presence, notwithstanding, citizens of Imo State came out to show their displeasure with Mr. Okorocha’s harebrained polices. Expectedly, the police confronted the protesters, firing tear gas, attacking those who refused to disperse and confiscating banners and placards.

Interestingly, on the same day, Mr. Okorocha’s myrmidons, suborned by a vicious and clueless chief executive, gathered at the Imo International Convention Centre (IICC), Owerri, with full security protection, singing and dancing, to show their “support” for a man desperate for acceptance and approval even with the national opprobrium his time as governor has drawn.

A day before, as I distributed leaflets about the protest at an anti-imperialist youth camp organized by Social Action in Owerri, one of the young people I met informed me that the Imo State government had made available two million naira (N2,000,000) for youth from all the local governments in the state to dissuade them from joining the protest.

The responsibility of “sharing” the largesse fell on Onwueyiagwu Valentine who was just two weeks old on the job as commissioner for youth development.  The young man in question told me, in an appealingly irreverent way, that when he and his mates were summoned by the obviously edgy commissioner, he had no inkling that he was going to convey Mr. Okorocha’s message that the youth should be paid to put the kibosh on the protest. He said his share of the money was three thousand naira (N3,000) and that he collected it to cover his transportation. He assured me he would participate in the protest. This is just an insight into how far a desperate Mr. Okorocha went to deny Imolites their right to protest his malfeasance.

The December 18, 2017, protest was significant for three reasons: one, it laid to rest the myth that the tyranny of Mr. Okorocha could not be challenged; two, it showed the incestuous, and profitable, relationship between Mr. Okorocha and the Nigeria Police Force in Imo State headed by Mr. Chris Ezike, the state police commissioner; three, it marked the beginning of what would be a long-drawn-out battle to reclaim Imo State and rescue it from the grips of a grotesque mediocrity, to use Karl Marx’s apt description of Louis-Napoléon Bonaparte. I shall return to this third point.

Anyone who has taken, even a cursory, interest in happenings in Nigeria, will be piqued by the actions of the menace called Rochas Anayo Okorocha, the governor of Imo State. Two years after he took office on May 29, 2011, he orchestrated the impeachment of his then deputy, Jude Agbaso, by the State House of Assembly, on allegation of corruption. Okorocha installed his sidekick and chief of staff, Eze Madumere, as deputy governor.

For Imolites who had gone through a string of ineffectual governors—including Okorocha’s predecessor, Ikedi Ohakim, himself a devious administrator—the emergence of Mr. Okorocha in 2011 was a testament to the beauty of democracy and the power of the people. Mr. Okorocha’s antecedents did not qualify him to run a local government much less a state. His “fame” derived from what Nobel laureate, Prof Wole Soyinka, describes as being an “appendage of power.” A semi-literate political freeloader who has toyed with the idea of running for president several times, Mr. Okorocha promoted himself as a “successful businessman and education philanthropist.” In April 2011, he “won” a highly controversial election marred by irregularities and became the fourteenth governor of Imo State since its creation in 1976.

Let it be clear, some of those who oppose Mr. Okorocha today supported him a few years ago. They thought, then, that considering his so-called rag to riches story, Mr. Okorocha could empathize with the harried citizens of the state. Imolites were willing to give him the benefit of the doubt on the heels of a succession of depraved governors. It didn’t take long before Mr. Okorocha proved that governorship of Imo State was beyond his pay grade.

In a recent interview with Tell magazine, Mr. Okorocha noted: “My ideas drive me crazy.” He wasn’t speaking figuratively. Going by his own insane admission, there is no other way to describe his stewardship other than pure madness. Mr. Okorocha has embarked on the most reckless anti-people programmes Imolites have witnessed. He has demolished markets, displacing poor market men and women without providing succour. Civil servants are owed backlog of salaries and when they are paid, they are only given a percentage of their salary. Same for pensioners. He runs the finances of Imo State without recourse to the State House of Assembly. In an October 14, 2016, petition addressed to President Muhammadu Buhari, a group, Concerned Citizens of Imo State noted, among other things, that Mr. Okorocha had destroyed the civil service in the state and rendered it ineffective.

According to the group, “The first thing he did after he took office was to publicly announce: ‘I do not believe in the use of files or in due process. Due process is due corruption; whenever I wake up, I move where my mind directs me.’ The governor makes appointments bypassing the state Civil Service Commission and with no regard for competence. Workers in the state civil service are the worst hit. Permanent secretaries, directors and professionals like doctors, engineers, architects and surveyors are mere spectators, even in areas where their specialty and experience are most needed. Their jobs have been taken over by Okorocha’s surrogates.”

Indeed, Mr. Okorocha’s mind has been directing him to all kinds of inanities. A few years ago, he woke up and his mind directed him to pull down the central library—an edifice older than Imo State and one which, as an undergraduate at the University of Calabar three decades ago, was a refuge for me and many in my generation and beyond—to construct what has turned out to be his personal cathedral.

Recently, not being able to pay civil servants, notwithstanding the billions of naira from the federal government to meet that obligation, Mr. Okorocha woke up one morning and his mind directed him to declare a three-day work week. He asked civil servants who were owed months of salary arrears to take up farming to make up for the unpaid wages. His latest idle fancy is erecting statues in Owerri. And Mr. Okorocha’s statues don’t come cheap as he gleefully told Channels TV in an interview a few weeks ago. He recently commissioned one, amid national outrage, of the certified rogue president, Jacob Zuma of South Africa.

Back to the issue of reclaiming Imo State. Today, the state has become the Okorocha fiefdom. For Mr. Okorocha, democracy simply means government of the Okorochas by the Okorochas and for the Okorochas. Last month, he announced his younger sister, Ogechi Ololo (nee Okorocha)—deputy chief of staff for internal and domestic affairs—as commissioner for “happiness and couples’ fulfillment,” and later, “purpose fulfilment.” He has no compunction naming public buildings after his family members. His father-in-law, Prof Anthony Anwukah, a former secretary to the state government under Mr. Okorocha, and now the junior minister of education, is the minister representing Imo State in the Federal Executive Council.

A few days before the December 18 protest, Uche Nwosu, ex-personal assistant, lapdog, and son-in-law of Mr. Okorocha, and currently his chief of staff, launched what was clearly his 2019 governorship campaign, leaving no one in doubt that the son-in-law is being primed to replace the father-in-law; a grand tragedy set to be replaced by a rotten farce, to paraphrase Friedrich Engels. Regrettably, some members of the do-nothing Imo State House of Assembly have already endorsed this caricature.

There is so much a people can endure. It is comforting that the Imo Peoples Action for Democracy has declared 2018 a year of rage! Now that the heat is on, those who aspire to lead Imo State in 2019 must stand up and be counted.

Burkina Faso opens the Conference "Governance, Democracy and Business" calling for a strengthen role of the private sector in Africa's democratic governance 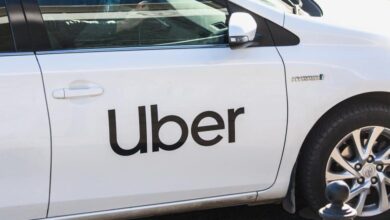