The Council of the European Union General Secretariat of the Council
has released details of council conclusions on Zimbabwe adopted by the
council at its 3591st meeting held on 22 January 2018 in Brussels,
Belgium.

According to the council, the ongoing political transition in
Zimbabwe creates high expectations among all Zimbabweans. The council
says it can open the way to a full return to the Rule of Law, within a
constitutional framework and under civilian rule, allowing for the
preparation and implementation of much-needed political and economic
reforms.

The EU has therefore reaffirmed its availability to engage
constructively with the new authorities including through a structured
political dialogue, with political actors across the spectrum, and
with civil society, on the basis of a mutual commitment to shared
values focused on human rights, democratic principles and the Rule of
Law. It will do so in coordination with African and international
partners.

According to the EU, the upcoming electoral process will be an
essential step. The EU says it welcomes the commitment of the
authorities to hold elections in line with the constitution, and
underlines the importance that the conditions are in place to allow
those elections to be peaceful, inclusive, credible and transparent.

‘The EU would consider favourably electoral observation, provided
that the required conditions are fulfilled and that an invitation from
the Government of Zimbabwe is received,’ according to the statement.
The EU also says that it welcomes the stated intention of the
Zimbabwean authorities to deliver economic reforms in Zimbabwe, aiming
at supporting job creation, growth and sustainable long-term
development, and reaffirms its willingness to support the planning and
implementation of much-needed structural changes and the promotion of
good governance.

In this context, the EU says that it will support the authorities
in establishing as soon as possible a constructive re-engagement with
international financial institutions based on a clear and time-bound
economic and political reform programme.

‘The EU stands ready to review the whole range of its policies
towards Zimbabwe at any moment to take into account the progress
achieved in the country,’ according to the statement. 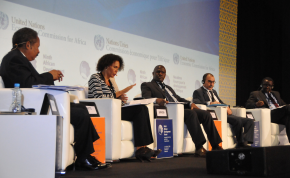