E.Guinea president says Gambia’s Jammeh ‘will not be extradited’ 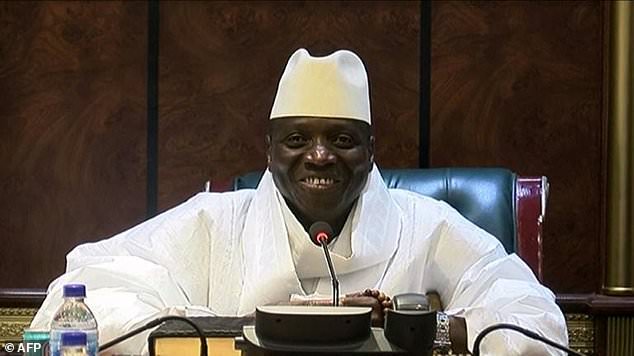 Equatorial Guinea’s President Teodoro Obiang Nguema has said he will not agree to any extradition order for former Gambian leader Yahya Jammeh, who has been living in exile in the central African country after being forced to quit power last year.

Jammeh, who seized control of The Gambia in a 1994 military coup, lost a democratic election and refused to step aside until threatened with military intervention.

The Gambian strongman is accused by the current government and rights groups of ordering the torture and murder of political opponents during his brutal 22-year rule, while pocketing $50 million (40 million euros) from the state coffers.

“I believe that the stance of protecting former heads of state is a correct one,” Obiang said late Friday after meeting with African Union leader Alpha Conde, who is also Guinea’s president.

“We are in full agreement that Yahya Jammeh must be protected. He must be respected as a former African leader. Because this is a guarantee for other African leaders that they will not be harassed after they leave power,” said Obiang, who has ruled his own country with an iron fist since 1979.

The comments caused anger in Banjul, where Gambian victims are slowly building a case against the former president that analysts believe has the quiet backing of the new government.

Amadou Scattred Janneh, a former information minister imprisoned by the ex-leader’s regime turned leading member of the “Jammeh to Justice” campaign, said the case “will not depend solely on Obiang.”

“We have a duty to intensify the pressure on President Obiang of Equatorial Guinea to ensure that Jammeh and his accomplices are ultimately brought to trial,” he told AFP.

However, he added, “It is not up to dictators to determine whether or not their colleagues should face justice.”