Business activity in some of sub-Saharan Africa’s biggest economies is expanding due to increased demand and the return of political stability.

Purchasing Managers Indexes published on Thursday showed expansion in companies in Nigeria, Kenya, Ghana, Uganda and Zambia in December. In South Africa, the continent’s most-industrialized economy, the index fell and remained below the neutral mark of 50 for the fifth straight month as the fiscal outlook remains challenging and the risk of further sovereign credit-ratings downgrades persists.

“The PMIs indicate that sub-Saharan African economies entered 2018 on a more positive note than at the beginning of last year,” Mark Bohlund, an economist at Bloomberg Economics, said. “The South African PMI reading is in line with our expectation for the strong private consumption growth in the second and third quarters to moderate in the fourth quarter and 2018.”

While economic growth in the region almost doubled to 2.6 percent last year, according to International Monetary Fund estimates, delays in policy changes is a risk to expansion. Output levels in these economies are often sensitive to changes in commodity prices and the political environment.

Ghana held a peaceful election at the end of 2016, with a new government taking over at the start of last year. Kenya’s August vote and the rerun in October were marred by violence and while the incumbent government retained its position, the opposition disputes the outcome. South Africa and Nigeria, the continent’s two largest economies, will both hold elections next year.

Nigeria’s December PMI rose to 56.8 from 55.2, with the fastest growth in new business received by private-sector companies since Stanbic IBTC Bank and IHS Markit started the survey in 2014. The nation has relaxed some currency controls implemented after the price of oil, its main export, crashed in 2014. That’s helped revive the economy — which contracted in 2016 — even though there are still dollar shortages and the central bank continues to operate a system of multiple exchange rates.

“The rebound in foreign-exchange availability partly due to improvements in the oil sector helped buoy economic growth in 2017,” Ayomide Mejabi, an economist at Stanbic, said in a note. This year, “we expect the Nigerian economy should continue its rebound, perhaps reaching 2.5 percent driven mainly by further improvements in the oil sector and some structural adjustments.”

Kenya’s December PMI rose above 50 for the first time since April and new business and new-export orders increased for the first time in five months. The index was little changed in Uganda at 54.3 and Ghana at 53.5. Zambia’s PMI dropped to 52.9 from 54.7.

“The PMIs indicate that East Africa will continue to outgrow other sub-regions,” Bohlund said. 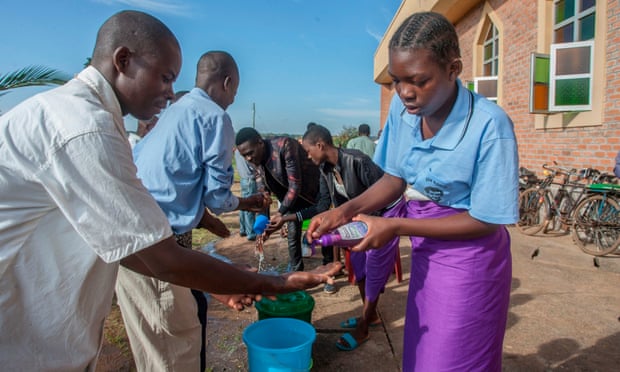