If reports emanating from the Aso-Villa are to be correct it could be established that as President Muhammadu Buhari is preparing to announce his 2019 decision there are chances that he may pick a running mate from the South-East geo-political zone for the ruling APC to convince Nigeria on its plan to truly restructure the country.

This was revealed by a top source within the Presidency who is also a member of the APC and has been worried with the spate of tension in the polity arising from the killings and terror incessantly unleashed by alleged fulani herdsmen on innocent Nigerians in Benue, Taraba, Plateau states, the resurgence of IPOB protesters who were seen in a video saying they are not a terrorist organisation as proscribed by the Federal Government, there are indications that at the party level, the National leader of the APC Asiwaju Bola Ahmed Tinubu may be behind calls for President Buhari to pick an Igbo running mate.
The source from the Villa who pleaded anonymity confirmed that the former governor of Lagos state Bola Tinubu who had since denied reports in December 2017 tipping him as President Buhari’s running mate ahead of 2019 general elections, may have given the nod for an Igbo Vice President to emerge.
According to the source, if you look at the Presidency of Nigeria since 1999 till date you’ll find out that no Igbo man has assumed that position and even when the Vice President’s position was offered to the South in 2007 under the PDP it was given to the South-South whose cry for marginalisation was louder at that time. According to him it is the belief of many within the party that this is the turn of the Igbo’s and why would Asiwaju or anyone stop it.
“If you look at things within the Yoruba space of the APC it is now between Osinbajo and Tinubu, and if VP Osinbajo is allowed to continue as President Buhari’s running mate in 2019 it shuts the chances for a Yoruba President in 2023 which is the bigger picture.”
Of course you know President Buhari has not told Vice President Yemi Osinbajo that he is contesting yet for 2019, which means the VP has no agenda for 2019 in his mind and is simply focused on this single tenure and how to assist the President fulfil his promises to Nigerians,” he said.
The source further recalled how Tinubu had singlehandedly nominated Prof. Osinbajo who was a presiding pastor of a Redeemed Christian Church of God (RCCG) and reposed so much trust in him to be a reliable Vice President to the former Military ruler turned General Muhammadu Buhari.
“It was Tinubu that picked Osinbajo and now he has done the job excellently well and as a pastor I know Osinbajo is even willing to return back to the Ministry work because he is a man that loves the work of God, in fact he doesn’t miss the weekly digging deep and prayer meetings that hold almost trice a week and he is always fasting.”
He also added that amidst all that has been happening in the country from the marauding killings across the Benue/Plataea, to the scarcity of fuel since December last year Prof. Osinbajo have always been in a state of piety and somber reflections as opposed to President Buhari’s cheerful disposition in recent times most of which may be attributed to his much improved health.

It would recalled that some governors from the All Progressives Congress led states including Gov. Yahaya Bello of Kogi state, Gov. Nasir El-Rufai of Kaduna state and others had recently endorsed President Buhari for second term, urging him to declare his intention to run again in 2019, a position that is yet to be refuted by any of the governors.

The chances of the Igbos producing the Vice Presidential candidate within the APC is still being weighed by political watchers especially with 2023 Presidency in mind if the ruling party seeks a Buhari two term for the North.
Who are the likely frontrunners? Will ‘Jagaba’ be able to pull out another political green horn from the South-East just as he did in 2014 when he tipped Prof. Osinbajo to run with GMB in his stead?
These are the questions most analysts have asked as embattled former governor of Abia state Orji Uzor Kalu recently visited President Buhari even though he has not been cleared by the EFCC for allegedly misappropriating billions belonging to Abia state when he was governor between 1999 – 2007.
The sudden resurgence of thousands of IPOB faithfuls in Abia state who defied the proscription order by the Federal High Court may also be one of the reasons Orji Uzor Kalu is being courted by the Presidency as the onus will lie on him to restore confidence to the South-East that the Buhari administration post 2019 will be an all inclusive government that will drastically reduce the echoes of marginalization around the country.
Rochas Okorocha is the only Igbo APC governor and has remained only but a lone voice within the South-East region for the party. His chances could have been brighter for the 2019 VP slot as the only surviving governor from the South-East, but for his public disagreement with the APC National Leader Tinubu over the role of APC governors in the process of nominating a Presidential candidate for the party; things don’t really look in the favour of the gigantic sculpture loving governor of Imo.

Former Head of State General Ibrahim Babangida receiving the NPPBG National Coordinator Dr. Arome Salifu
Former Military Head of State General Ibrahim Badamosi Babangida is one of the former leaders who have supported the calls to restructure Nigeria. He made this position known again in his country hilltop home in Minna, Niger state when he received a group of young professionals under the aegis of NPPBG including those in diaspora who plan to venture into main stream politics ahead of 2019.
According to the spokesperson of the group Mr. Frederick Apkeji, the former Military ruler had charged the group to remain resolute in their commitment to improve the quality of options in Nigeria’s political leadership, because that is one of the ways to ensure restructuring and not by talking alone.
Pressure is no doubt mounting on the President to accede to the yearnings of majority of Nigerians especially on the issue of restructuring. Although President Buhari have made his stand on restructuring with respect to the nonnegotiable unity of the country known through several national broadcasts, former President Olusegun Obasanjo Ph.D a former opponent of restructuring publicly suggested that it is important that the federal government look into restructuring so as to accommodate most of the agitating regions within the the federation.
Speaking on restructuring, he warned that it is wrong not to give listening ears to the calls for it. He said “Restructuring will unify the country more as those who are crying will feel a sense of belonging, some people have to lay it open. So, let us lay it open,” he said. 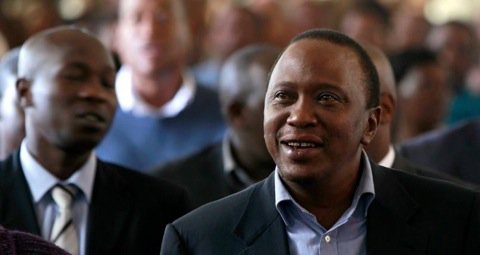 Another victory for Kenya's sultans of spin 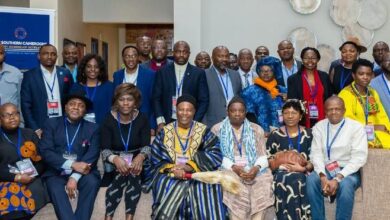