It has been an eventful few months in Zimbabwe’s political landscape and it looks like the interesting events that culminated in the fall of long-time leader Robert Mugabe are not ending anytime soon. Yesterday evening, a statement from the government released to the public indicated that several top security chefs in the country had retired.

The top two security chefs who previously held the positions of Commander Zimbabwe Defence Forces, General Constantino Chiwenga and the Commissioner General of Police, Augustine Chihuri have been retired from the force, the former retired pending redeployment while the latter retired permanently.

These security sector reforms come less than a month after a change was also made at the helm of the Central Intelligence Organisation. The new President, Emmerson Mnangagwa, overlooked presidential appointee to the position during the Mugabe tenure, Happyton Bonyongwe. Mnangagwa chose to appoint a former ambassador to South Africa, Issac Moyo to the position. By omitting Happyton Bonyongwe from his Cabinet, Mnangagwa effectively fired him from the government.

The timing of these security sector reforms raises many questions among concerned citizens and the world at large. The first thing is that they were announced the very same day that the military gave a presser saying they have ended Operation Restore Legacy, the operation that led to the resignation of Robert Mugabe and led to the arrest of many Mugabe aides in government.

The question therefore many people are asking is, is this the start of the militarisation of the state or it’s a case of the President rewarding the army for helping him ascend to the throne.

On the part of militarisation of the state, it seems reasonably clear that to a larger extent the army is now involved in government operations and they now occupy some of the most important and strategic offices in government. Retired Air Marshall Perrance Shiri is leaving the forces to become the Minister of Lands, Agriculture and Rural Resettlement on a full-time basis. This ministry is responsible for overseeing the Command Agriculture Program that was successful last year and resulted in the country producing surplus maize. The Command Agriculture Program did have some military personnel last year so the President decided to give the military another shot at the program in the hope the results will be the same this year.

Major General S.B Sibanda famous for being the face of the military takeover after announcing the news on Live TV becomes the Minister of Foreign Affairs. He becomes Zimbabwe’s top diplomatic responsible for re-engaging with the West after years of toxic relations. Major General Engelbert Rugeje becomes the ZANU (PF) political commissar. He becomes the chief mobiliser for the ruling party. This means the ruling party gets a military man as a mobiliser, roughly 9 months before elections. Time will tell if he will not use his influence in the military in his mobilisation drive towards the 2018 harmonised elections.

Of the top two security chefs retired, it looks like the Commissioner General of Police; Augustine Chihuri has been effectively fired from the government. According to the statement released yesterday announcing the new changes, the Commissioner-general “started his leave on 15th December 2017 pending retirement from the service.” On the other hand, the Commander Defence Forces, General Constantino Chiwenga “is set to retire pending redeployment.”

Various sources inside the government claim that Chiwenga is set to be named as Zimbabwe’s Vice President. This however too many comes as a surprise as they view that his position as the Commander Defence Forces that he is departing is more important and powerful than the position of the Vice President. The Vice President position is more of a ceremonial position, a Vice President does not wield many powers, even if left in an acting capacity during a President’s absence there is only so much he or she can do according to the country’s constitution.

Despite all these changes, there is still one position that the President has not decided on and that position is very important more so as the country warms up to an election year, the position of Chairperson, Zimbabwe Electoral Commission. The Zimbabwe Electoral Commission is responsible for conducting elections but with the recent resignation of its Chairperson, Rita Makarau, the post needs to be filled urgently for the body to continue its voter registration exercise effectively and smoothly. All eyes are on this position, the constitution says only a judge or a person qualifying as a High Court judge can become ZEC Chairperson. From the army, the President can find such a person but will it go down well with the public and opposition considering they are already calling for electoral reforms, it’s a wait and see game. 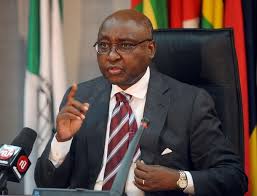 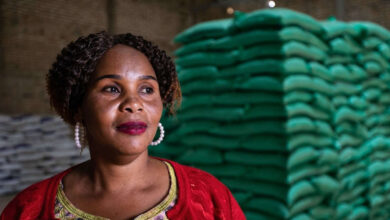