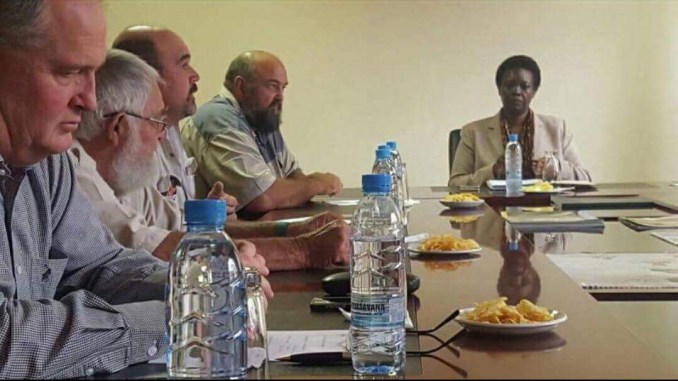 The new political dispensation in Zimbabwe is ushering in a new era of political, economic and social reforms aimed at restoring the country’s ‘Jewel of Africa’ tag that had been made redundant by years of poor leadership under the Robert Mugabe era.

One of the keys factors for Zimbabwe’s declining stock both locally and internationally came as a result of the controversial Land Reform Program of the early 2000s that led to the death, torture, and displacement of many White Zimbabwean farmers. The Land Reform Program in its wake led to a myriad of other factors that rapidly led to Zimbabwe’s economic downfall including the start of toxic relations between the country and the West, which at the time had been Zimbabwe’s biggest trading partner and the biggest providers of foreign capital.

Recognising that broad-based growth and development is only possible if the country engages and has cordial relations with all states in the world, the new Zimbabwean leadership has initiated a drive that will see the government embarking on foreign trips to countries where former Zimbabwean white farmers have sought refuge. The aim is to show them that the country is now on a path of recovery, they are very important in this new journey as their skills, and experience will make the journey smoother and faster.

Last week a delegation led by the Deputy Minister of Finance, Terrence Mukupe met with some former white farmers in Zambia. Speaking after the meeting, Mukupe said that he had a fruitful discussion with the farmers. He said he told them the message from the President, Emmerson Mnangagwa that there are many opportunities for them back at home. He said they were crucial in the development of the country and the economy needs them, as they were responsible for making Zimbabwe the breadbasket of Africa in the early years after independence.

Mukupe also stated that there are some fields such as in horticultural products, macadamias, and growing of bananas where the experience of former white farmers is crucially needed if the country is to develop in these areas.

At the turn of the century, hundreds of thousands of white farmers fled the country after the violent land seizures mostly to South Africa, Zambia, Britain, and Australia. After the Land Reform Program, agricultural production plummeted and millions of farmworkers were left homeless and destitute.

The President has already shown that he is not uttering empty words as he recently ordered that a white farmer who had lost his land this month receive it back. This marks a major shift from the controversial Land Reform Policy of the Mugabe era.

Since crossing the border into neighbouring Zambia, former Zimbabwean white farmers have transformed Zambia’s agriculture sector from small-scale production. Land that previously produced half a tonne per hectare is now producing 4 to 5 tonnes per hectare. The result is that Zambia is now self-reliant and produces more than it can consume. In recent years, Zambia has been exporting surplus maize to Zimbabwe.

The first trip to Zambia raises a lot of optimism to the country as the former Zimbabwean white farmers living in Zambia said they were homesick and willing to move back to Zimbabwe and take part in the new dispensation.

The next port of call for the delegation include trips to Nigeria, USA, Australia, and the UK. The delegation hopes farmers in these countries will express the same sentiments as those expressed by former Zimbabwean white farmers residing in Zambia.