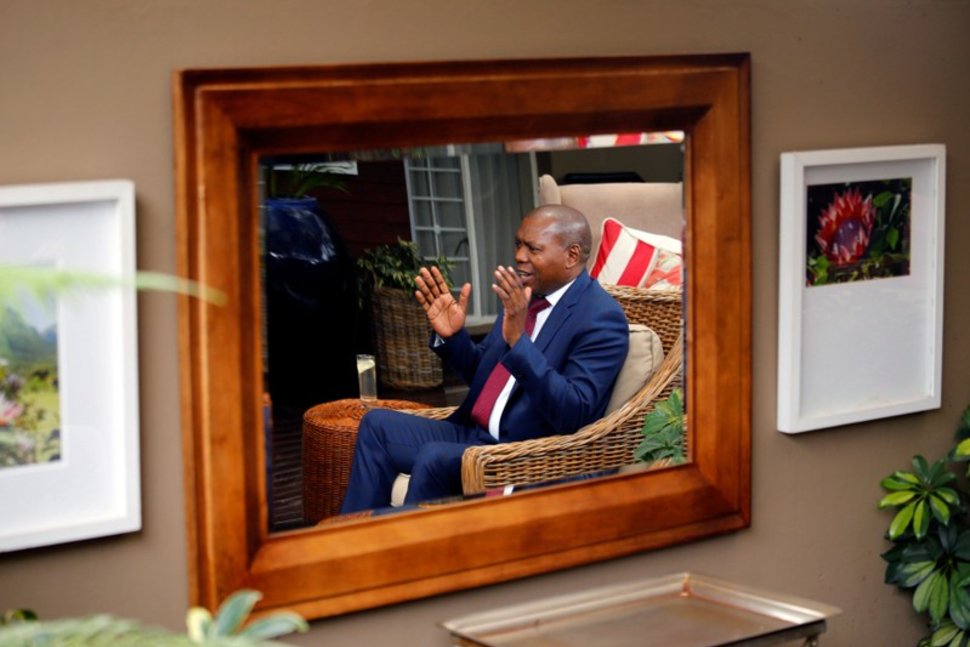 Dr Zweli Mkhize, one of the ANC’s “top six” leaders, is reflected in a mirror as he speaks to Reuters in Johannesburg, South Africa, December 6, 2017. REUTERS/Siphiwe Sibeko Reuters

JOHANNESBURG (Reuters) – South Africa’s ruling African National Congress (ANC) is doing everything possible to avoid a split in the party after elections for a new leader this month, a senior official running for the top job said on Wednesday.

The ANC has been beset by infighting as factions supporting different candidates to succeed President Jacob Zuma as party leader have jostled for influence.

“Splits are never planned, but we are doing everything to ensure that there is no need for members of the ANC to split,” Zweli Mkhize, the ANC’s treasurer general, told Reuters.

The party – one of Africa’s oldest liberation movements – splintered in 2008 when members, angered by the ousting of former president Thabo Mbeki from the leadership, split away to form the Congress of the People (COPE).

Some analysts have predicted an even bigger rupture could happen after the vote at the party’s Dec. 16-20 conference, particularly if Zuma’s preferred candidate, his former wife Nkosazana Dlamini-Zuma, gets elected.

The leadership contest is still too close to call, with most grassroots ANC members backing Deputy President Cyril Ramaphosa or Dlamini-Zuma for ANC leader. Members are also divided on who should occupy the other senior party positions which are up for grabs.

Mkhize said the best way to ensure the December vote did not weaken the ANC was for it to elect new leaders who appealed to a broad cross section of the party’s membership.

The party should avoid having “a leadership where people say it represents one faction,” he said.

Mkhize did not comment on his own chance of winning – the ANC, which presents itself as a collective that discourages personal ambition, frowns upon its members openly campaigning for posts well ahead of an election.

But analysts say Mkhize – one of the ANC’s “top six” most powerful officials – is someone who could reconcile the opposing factions supporting Dlamini-Zuma and Ramaphosa, or be nominated at the conference as a compromise candidate.

Although Ramaphosa and Dlamini-Zuma have been nominated for party leader by far more ANC branches, Mkhize could still mount a serious challenge if he is nominated by a large number of party members at the conference itself.

Whoever the ANC elects as leader will probably become the next president of South Africa because of the party’s electoral dominance.

All seven ANC leadership hopefuls pledged to Zuma at a meeting last month that they would accept the outcome of the leadership vote in the interests of keeping the 105-year-old organization intact.

Mkhize, a medical doctor by training and former party boss in Zuma’s home province of KwaZulu-Natal, said that after the conference, the ANC should focus on tackling corruption, raising economic growth from a near standstill and addressing crime so it can win a 2019 national election.

“The ANC must be seen to be championing those issues,” he said