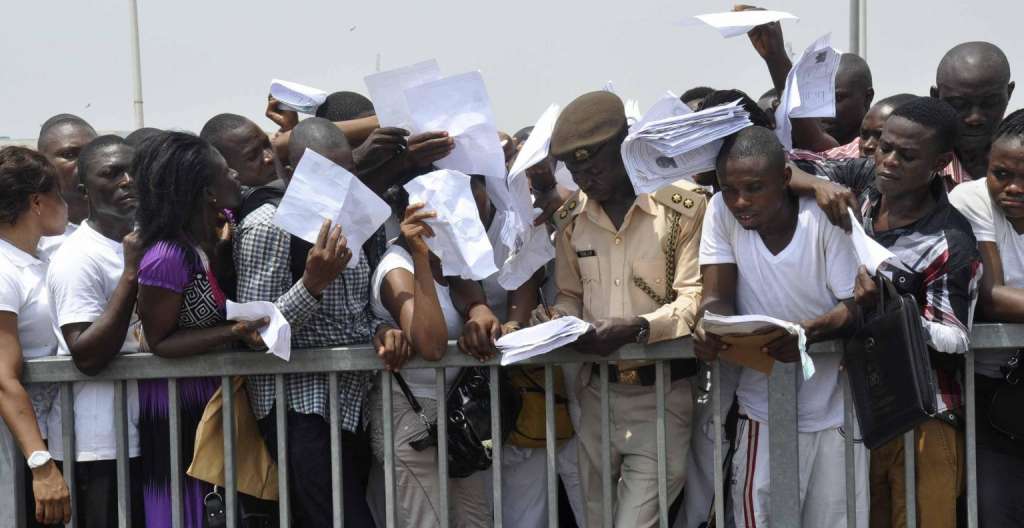 The technical indicator of a recession is two consecutive quarters of negative economic growth as measured by the nation’s Gross Domestic Product (GDP).

According to NBS: “Nigeria’s unemployment rate worsened from 16.2 percent in second quarter of 2017 to 18.8 percent in the third quarter of the year.

“An economic recession is consistent with an increase in unemployment as jobs are lost and new jobs creation is stalled,” the report said.

“A return to economic growth provides an impetus to employment. However, employment growth may lag, and unemployment rates worsen especially at the end of a recession and for many months after.”