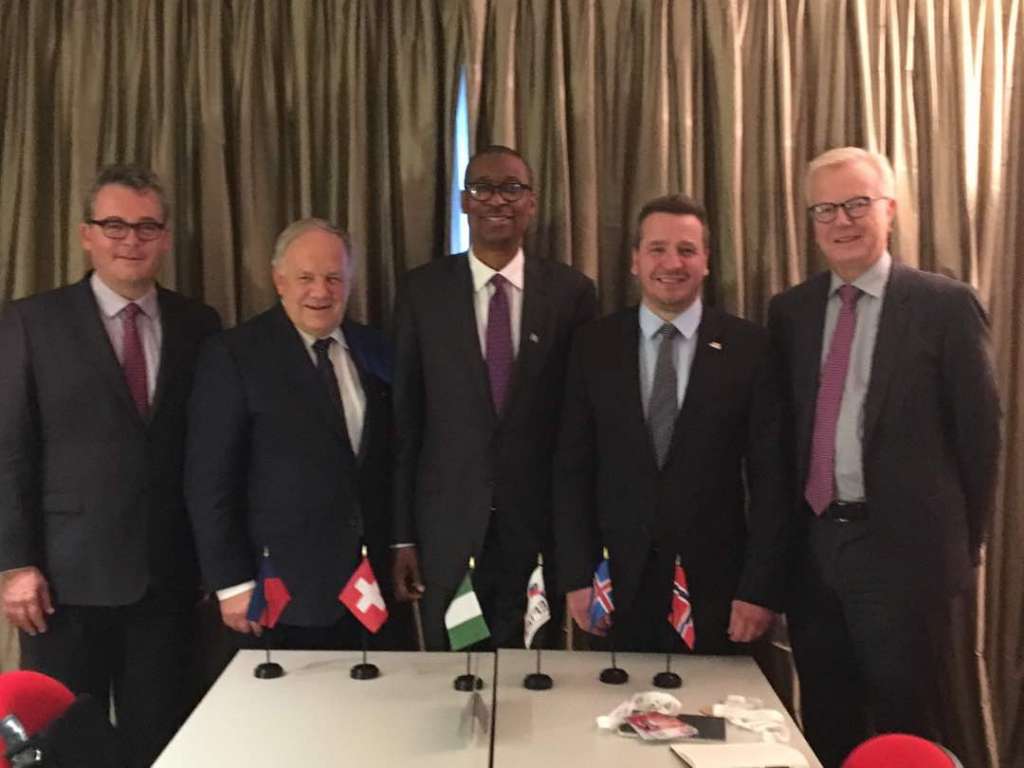 Nigeria has signed a joint declaration on Economic Cooperation with the European Free Trade Association (EFTA) in Buenos Aires, Argentina, on the sidelines of the World Trade Organisation (WTO) 11th Ministerial Conference.

The EFTA-Nigeria declaration is an instrument that allows both parties to work on a framework that facilitates increased trade and investment flows. It will be implemented by a joint commission of both parties.

The areas of cooperation include trade in goods; customs and tariffs and trade facilitation; trade in services; investment; protection of intellectual property rights including enforcement; trade and sustainable development; digital economy including ecommerce; trade and investment related issues pertaining to small and medium-sized enterprises; and any other areas of cooperation as mutually agreed by the parties involved

Members of the EFTA are Norway, Liechtenstein, Iceland and Switzerland.

In another development, FIFD members had on the sidelines of the WTO Conference adopted a Ministerial Statement. A total of 38 countries, including members and non-members of FIFD adopted the document focused on investment facilitation

The statement called for the commencement of “structured discussions with the aim of developing a multilateral framework on investment facilitation.”

The FIFD statement noted that following the Abuja Statement adopted at the High Level Forum on Trade and Investment Facilitation for Development co-hosted by Nigeria and the Economic Community of West African States (ECOWAS) in Abuja in November, the group will continue its outreach to WTO members on the subject matter

FIFD Statement called for discussions that would identify and develop a framework for facilitating foreign direct investments; improving transparency; exchanging best practices; sharing information; and speeding up administrative processes among others.

The document explained that the discussion would not however, address matters of market access, investment protection and investor-state dispute settlement

In his remark, Enelamah who represented Africa by virtue of his position as Vice-Chair of the Ministerial Conference, expressed delight.

“We’re delighted to see the commitment of several countries on the issue of trade and investment. It is clear that these two are complementary. This is consistent with the government’s Ease of Doing Business agenda and will help Nigeria create sorely needed jobs as well as improve productivity. We reiterate that we are happy to work with other countries in a way and manner that is mutually beneficial,” he said.

Director General of the Nigerian Office for Trade Negotiations (NOTN) and Chief Negotiator, Ambassador Chiedu Osakwe expressed his views thus: “At this 11thWTO Ministerial Conference, Nigeria has re-established itself on economic and trade policy leadership globally. And this is coming on the heels of Nigeria’s drive in Niamey, Niger last week, to bring the negotiations for the establishment of the Continental Free Trade Area (CFTA) agreement closer to reality.”