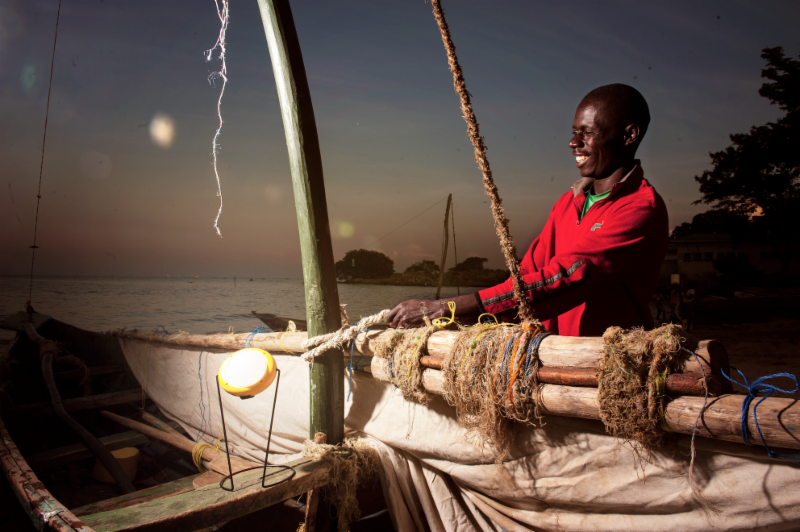 Greenlight Planet CEO T. Patrick Walsh says the improvements are a direct response to the evolving priorities of the company’s customer base. “It’s been nearly 10 years since we launched the first Sun King product, and people’s needs have dramatically evolved. Rural consumers today expect brighter light, on par with standard home lighting on the electrical grid. They need more power to charge their increasingly battery-hungry smartphones.” Greenlight meets these requirements with the new line of modernized, high-performance lanterns.

Compared to the company’s previous hit product, the Sun King Pro 2, the new Pro 400and Pro 300 lamps have twice the phone-charging capacity and more than double the brightness. But they are even less expensive, said Mr. Walsh, thanks to improved efficiency and streamlined design. Technical improvements include higher-capacity batteries and larger 5.5-watt solar panels. New, higher-efficiency LEDs can be found in all three of the new models.

The new line of Sun King lanterns continues the brand’s focus on reliability: The products’ electronic circuitry is protected with conformal coating, preventing damage in case of occasional exposure to rain (the same water-resistant protection used in the company’s previous Sun King Pico model). The new Lithium-NMC batteries, adopted from electric-vehicle manufacturers, offer nearly double the energy density of the previous lanterns’ batteries: The company carefully selected the new battery formulation to deliver a six-year lifespan under typical usage scenarios, testing them to over 1000 cycles at 100% depth of discharge.

Specifications of each new model are displayed on the company’s website:

Sun King Pro 400: Shines at 400 lumens (40X the brightness of a kerosene lamp) for 5 hours, or for 100 hours at its lowest brightness setting, after a single day of charging. Suggested to retail at $39.

Sun King Pro 300: Shines at 300 lumens (30X the brightness of a kerosene lamp) for 6.5 hours, or for 100 hours at its lowest brightness setting, after a single day of charging. Suggested to retail at $34.

Sun King Pico Plus: Shines at 50 lumens (5X the brightness of a kerosene lamp), or for 72 hours after a single sunny day of solar charging. Suggested to retail at $8.