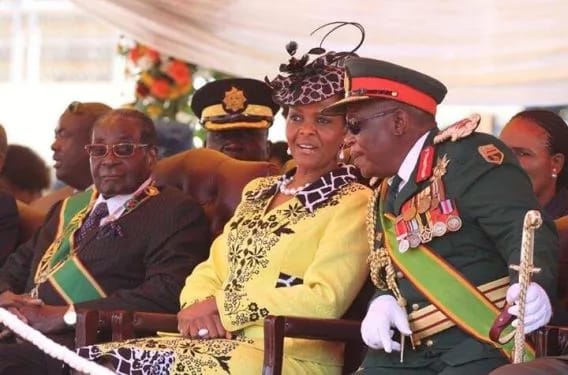 Zimbabwe’s ruling party has sacked Robert Mugabe as its leader, as pressure intensifies for him to step down as president.

Zanu-PF appointed ex-Vice-President Emmerson Mnangagwa, who was fired by Mr Mugabe two weeks ago, in his place.

The party has given Mr Mugabe, 93, until 10:00 GMT on Monday to resign as president, or face impeachment.

The military intervened last week, in an apparent attempt to block him from installing his wife as his successor.

The first lady, Grace Mugabe, and several other senior officials have been expelled from the party altogether.

Tens of thousands of Zimbabweans attended street protests on Saturday, demonstrating against the Mugabes.

Mr Mugabe has also reportedly been meeting military leaders, according to Zimbabwe’s The Herald.

While no details of the talks have been released, photos posted by the newspaper show the two sides – which also met several days ago – shaking hands. 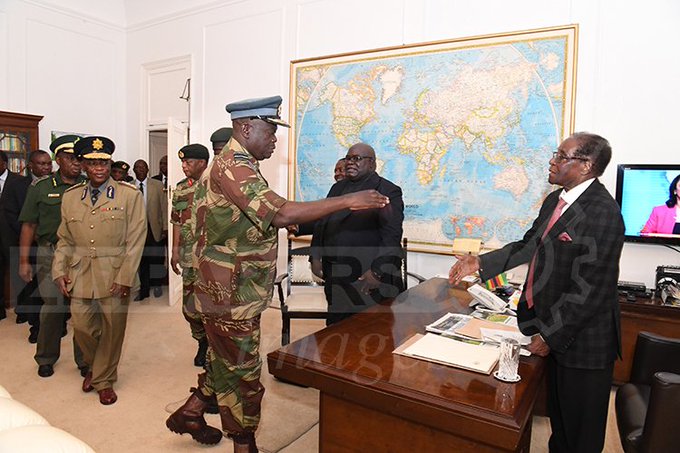 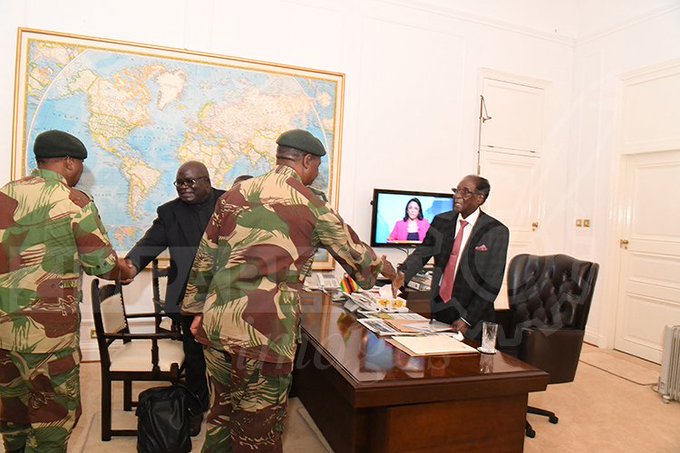 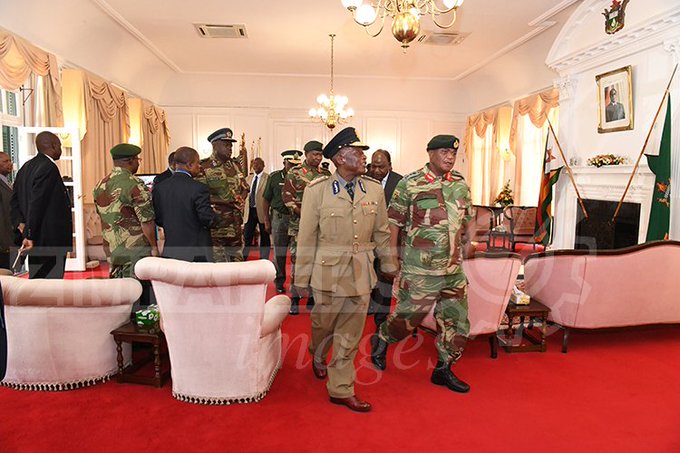 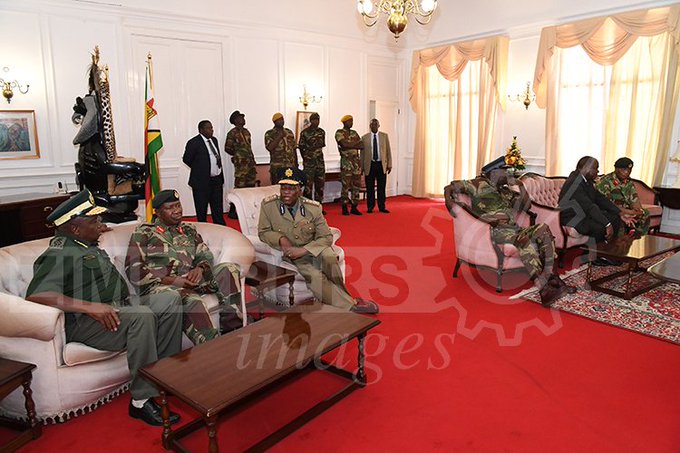 Cheering erupted when the decision to dismiss Mr Mugabe as party leader was announced.

One senior official later told the BBC’s Andrew Harding: “It’s the dawn of a new era. Mugabe can go farming.”

Zanu-PF’s Central Committee also warned that impeachment proceedings would begin on Tuesday if Mr Mugabe did not step down as president by noon local time on Monday.

One party official said Mr Mnangagwa, who has since reportedly returned to Zimbabwe, had been nominated as the party’s presidential candidate for the 2018 general elections.

His sacking prompted an extraordinary chain of events over the past week:

Speaking ahead of the party meeting, the head of the influential War Veterans Association, Chris Mutsvangwa, threatened to “bring back the crowds and they will do their business” if Mr Mugabe did not step down.

Mr Mugabe has been president of Zimbabwe for 37 years, having led the country since it gained independence from Britain in 1980.

He has made just one public appearance since events unfolded, speaking at a university graduation ceremony on Friday.

Insurgency: Nigeria Hails Global Endorsement of her Fight Against Terrorism