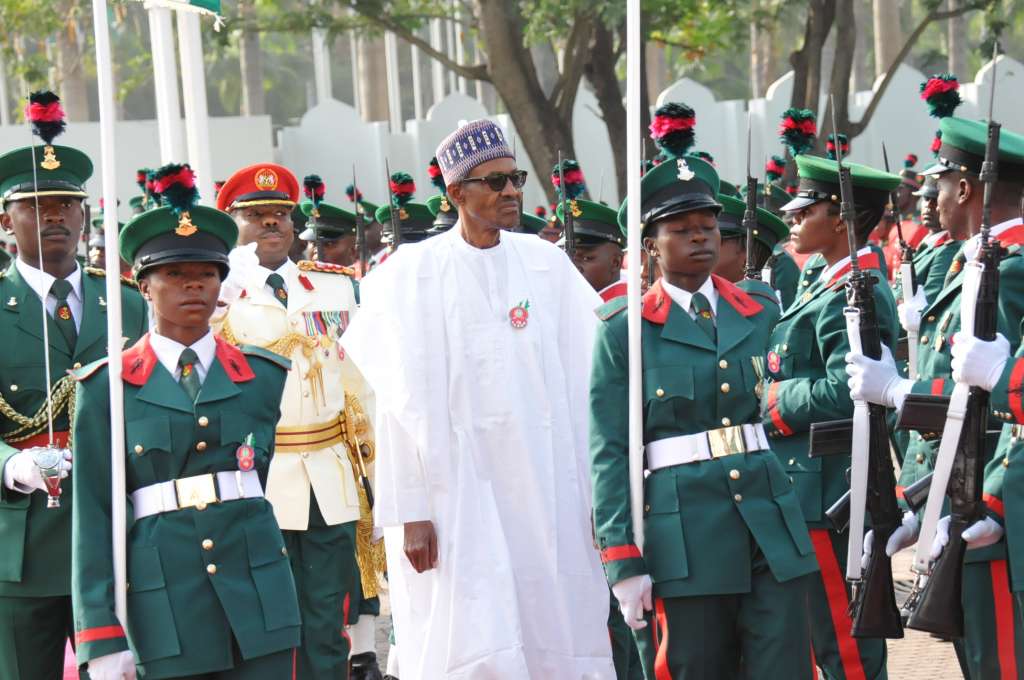 President Muhammadu Buhari has assured Nigerians of‎ His administration is taking the necessary measures to end the suicide bombings by Boko Haram terrorists, saying the attacks are like “the last kicks of a dying horse.‎”

Speaking at the commissioning of the Pulaaku Radio in Yola, Adamawa State, the President said Boko Haram has been massively degraded and its surviving members put on the run.

”Instead of being hunters, they are now the hunted. In their desperation to stay relevant, they have resorted to the wicked and dastardly act of using innocent under-aged children to carry out suicide bomb attacks.

”But what we are witnessing now are the last kicks of a dying horse. Yes, these kicks may be dangerous, but they don’t last long.

Progressively, they become weaker and weaker until the horse finally dies,” he said.

President Buhari said the war against Boko Haram has moved to the next phase, which is intelligence-driven, with a view to ending the suicide bombings.

”That is why I approved the establishment of an intelligence fusion centre in Maiduguri, the Borno State capital, to gather and share intelligence among security agencies in the country. This will go a long way in ending this campaign of suicide bombing,” he said.

Represented by the Minister of Information and Culture, Alhaji Lai Muhamed said the new phase would depend largely on information and communication, and therefore rallied the media, especially radio and television stations, to play their part in enlightening the populace.

”We are building on the nationwide campaign we launched last year, with the payoff line: ‘If you see something, say something’. It simply means that we need everyone to be involved in getting the necessary information to tackle the terrorists. They are not ghosts, and some of them live among us. We must all, therefore, support our gallant troops, many of whom have made the supreme sacrifice in this war, by providing information that can help rid our communities of terrorists”

”It is important for the media – especially radio and television – to continue to play their part in this war, by offering their platforms to communicate useful information to the populace. As part of our sensitization campaign, which is still running on national radio and television as we speak, we put out those little signs that give up the terrorists, and which the people must watch out for. Help us communicate this information to the people,” he said.

The President described as most auspicious the timing of the commissioning of the radio station, and implored it as well as other radio stations to donate airtime for the national sensitization campaign.