(CNN)Ghana’s record goalscorer has traveled the world over the course of his career. 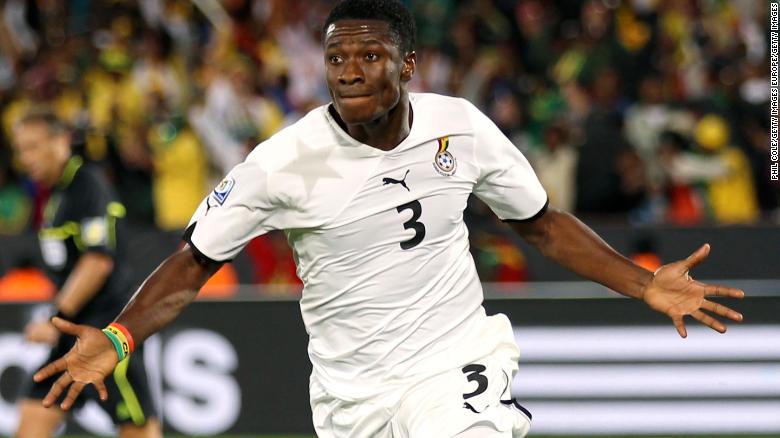 Asamoah Gyan left his homeland as a teenager and took the scenic route around Europe playing in France, Italy, and England, before taking a detour via China and the United Arab Emirates, and then arriving at his current club Kayserispor in the Turkish Super League.

Gyan has also clocked up the air miles at international level, making 105 appearances for Ghana encompassing three World Cups.
The Black Stars skipper, 32, is now contemplating life after the game. Fittingly, he is planning a career in the travel industry.
The President of Ghana Nana Akufo-Addo recently announced that Gyan has been granted a license to operate an airline, which will carry his nickname – ‘Baby Jet’.
The new carrier is expected to launch in 2018, beginning with domestic flights before progressing to international routes.
The announcement bought new scrutiny and pressure to the venture, but Gyan was thrilled to have recognition from his president.
“It’s a special honor that the president announced my business and it is positive pressure,” he tells CNN. “All business is a risk and I am ready.”
Gyan has been pursuing the idea for several years after advisers identified aviation as sector with rich potential. Passenger numbers in Ghana have shown strong growth which is expected to continue and accelerate in the coming years.
“I conducted research with my team and we identified business opportunities,” he says. “The airline idea started from 2012 but I waited for the right time and I believe Ghana’s economy is now expanding in many areas (including) the aviation industry.” 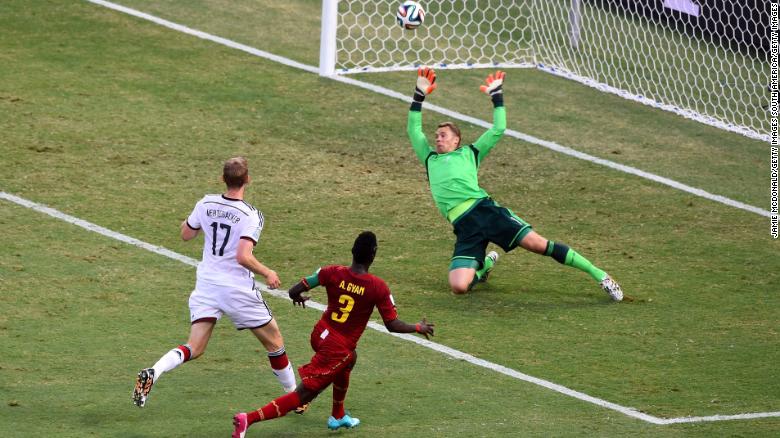 during the 2014 FIFA World Cup Brazil Group G match between Germany and Ghana at Castelao on June 21, 2014 in Fortaleza, Brazil.

The striker says his motivation is a mix of personal and patriotic: “A desire to help my country, to create more jobs, and also to have a good life after football.”

Gyan expects to face new challenges in the aviation industry, but he believes that skills acquired on the pitch will prove transferable.
“I have learned a lot throughout my career,” he says. “Leadership, determination, commitment, perseverance and mental toughness will come into play.”
However, there is one new skill that the soccer star is determined to pick up.
“I will learn how to pilot,” he says. “Hopefully it will become a part time job.”
Should all go to plan, passengers could soon have Ghana’s top scorer wishing them a pleasant flight.
*Culled from CNN
0