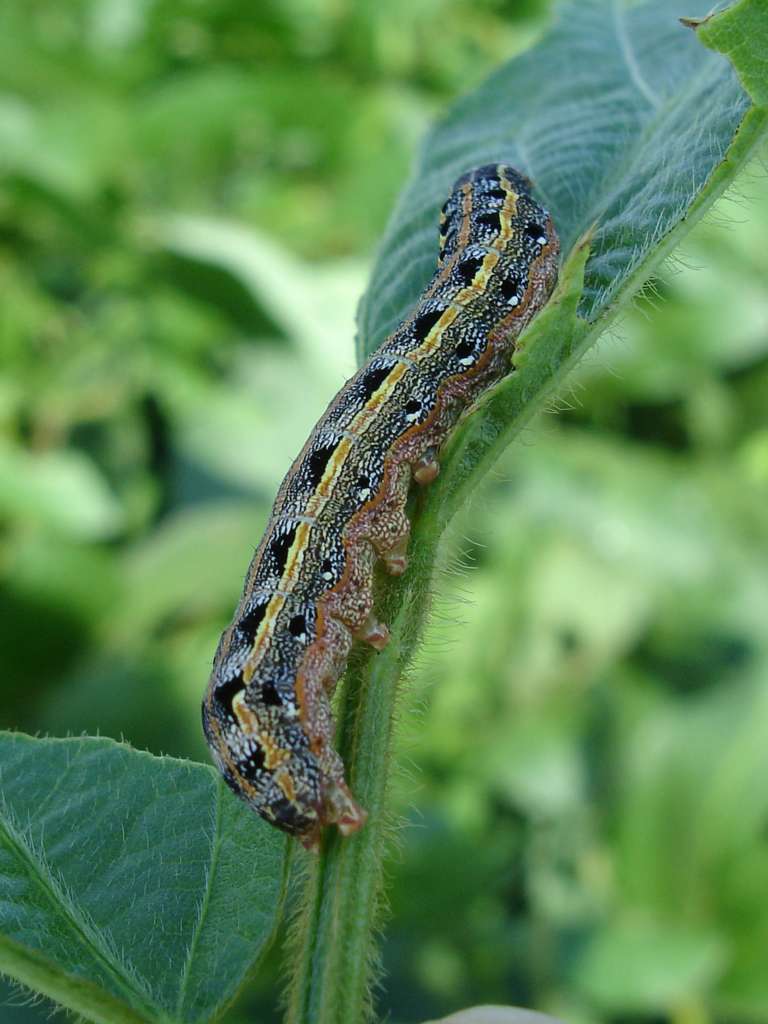 The Zambia National Farmers’ Union (ZNFU) has called on the adoption
of technologies that will effectively rid the country of menacing
pests that affect agricultural production.

ZNFU spokesperson Calvin Kaleyi says agricultural production in Zambia
has been affected by perennial outbreaks of various types of pests.
It is reported that in the previous farming season, an outbreak of
fall armyworms affected around 140,000 hectares of the staple maize
crop out of a total planted area of about 1.4 million hectares. Some
maize fields were completely destroyed.

The Ministry of Agriculture spent more than K30 million to procure
over 60,000 litres of pesticides that were only enough to spray about
95,000 hectares of the affected fields.

Insect pests are responsible for significant reduction in production
of agricultural crops but there are concerns that the continuous use
of pesticides has a negative impact on the environment and results
into development of resistance against pesticides in many insect
species.

The International Atomic Energy Agency (IAEA) is using nuclear
science to develop environmentally-friendly alternatives for pest
control. The IAEA and the Food and Agriculture Organisation (FAO) are
jointly sponsoring projects and conducting research on control of
insect pests using ionizing radiations. They have placed considerable
emphasis on the Sterile Insect Technique (SIT) to effectively deal
with insect pests such as army worms.

“ZNFU has been a consistent advocate for training and research in
technologies that would enhance productivity and production. If
technologies that have been proven such as SIT can be tapped into, why
can’t we send our researchers and scientists to investigate how this
can be adopted in Zambia?” said Mr Kaleyi.

“We need to seriously start looking at investing in research and
technology that will spur production. Radiation technology has proved
effective. Most countries that are agriculture giants have invested in
technology and research. This is the direction we need to take as a
country if we truly want to be the food basket of the region and
Africa.”

SIT involves rearing large populations of insects that are sterilized
through irradiation (gamma or X-rays) and releasing the sterile male
insects in the wild to compete with the regular male population during
sexual reproduction, and the eggs produced from their mating are
infertile so they produce no offspring.

It has been successfully used to eradicate several insect pests of
agricultural significance throughout the world and has proved an
effective means of pest management even where mass application of
pesticides has previously failed.

Mr Kaleyi said, with technologies such as SIT, there would be no need
for farmers to worry if they did not have pesticides to control pests
“During the recent outbreak of fall armyworms, some farmers received
chemicals, others did not. Some farmers had to resort to unorthodox
methods such as using detergent pastes to spray their fields, meaning
government intervention did not really reach out 100% to those
affected,” he said.

In many countries, SIT has been effective as a form of birth control,
which reduces and eliminates the insect population after two or three
generations

“If armyworms aren’t controlled effectively, the general fears among
farmers are a poor crop, compromised food security at household and
national levels; and the entrenchment of abject poverty, especially
amongst the majority rural farmers,” said Mr Kaleyi.

In February 2017 Russia and Zambia signed an intergovernmental
agreement to jointly build a nuclear science research centre in
Zambia. Russia will assist Zambia to train qualified personnel to work
in the centre, and the new project to bring economic benefits to the
country.

The centre will host a 10-megawatt water cooled research reactor and
will have a range of laboratories and facilities for manufacturing of
medical radioisotopes, scientific research and sterilizing medical
products, treatment of food and agricultural products to extend their
shelf life and protect them from insects, thus allowing Zambia to
boost its agricultural exports. The center will also educate qualified
personnel that will be employed in Zambia’s future nuclear industry.

A nuclear research center will make it possible for Zambia to become
one of the industry leaders in Central and Eastern Africa. Research
reactors create the opportunity to utilize nuclear technologies for
social development. For instance, production of medical isotopes to
address cancer and other diseases could not be possible without
research reactors.

ROSATOM is the Russian Federation’s national nuclear corporation
that comprises more than 350 nuclear industry companies and
institutions. With over 70 years of experience in the field of nuclear
technology, ROSATOM works on a global scale to provide comprehensive
nuclear services that range from uranium enrichment to nuclear power
plant construction as one of the global leaders in nuclear industry.