Raila Odinga boycotted the Oct. 25 election because he said it would be unfair, leaving President Uhuru Kenyatta to win with 98 percent of the vote. The Supreme Court called the poll after it annulled a first presidential election held in August on procedural grounds.

“Mainstream Kenyans feel so deeply cheated they are openly toying with the idea of secession,” Odinga told an audience in Washington, D.C.

His speech to the Center for Strategic and International Studies, a think-tank, was broadcast live on Kenyan television.

“The biggest problem in Kenya right now is exclusion … unless they (the problems) are addressed they will tear the country apart,” he said. ​”As things stand now, anger and radicalization is growing by the day.”

A small number of politicians in Odinga’s opposition alliance have discussed the idea of his strongholds seceding from Kenya but the idea has not gained wide popularity.

Odinga’s supporter base is concentrated along Kenya’s coast, in city slums and in his western strongholds, areas that have traditionally felt excluded from political power and the opportunities for patronage it offers.

Odinga’s supporters are currently boycotting three companies they say are backing the government. The opposition has called for protests on Friday.

In his speech, Odinga noted Kenya’s four presidents since independence had all come from the Kikuyu or Kalenjin communities, even though the country had 44 recognized ethnic groups. Kenyatta is a Kikuyu and his deputy, who has made clear his intention to run in the next election, is a Kalenjin.

Earlier this week, Odinga told Reuters he wanted a caretaker government for six months while preparations were made for new elections.

Government officials reject the idea, saying Odinga had his chance to compete in October.

The Supreme Court is due to start hearing petitions on the legality of the October elections next week. 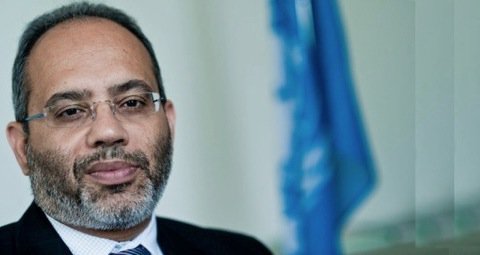