Once deeply involved in U.S. peacekeeping and anti-terrorism efforts in Africa following the 9/11, Senegal’s former foreign minister Cheikh Gadio was arrested just over a week ago in connection to a three-year bribery scheme.

Though a federal magistrate granted Gadio a $1 million bail package, the government contended at a hearing Monday that Gadio should be considered a flight risk since America has no extradition treaty with Senegal.

“He’s going to be confined to his home in Maryland,” Pauley ruled.

Defense attorney Sean Hecker said Gadio’s reputation in the international community would be enough to ensure his appearance in court.

“This is a man of honor, a man of deep and well-deserved reputation,” said Hecker, from the firm Debevoise & Plimpton.

A West African nation roughly the size of South Dakota, Senegal has been a key U.S. partner in the fight against terrorism.

Former U.S. Secretary of State Colin Powell heralded Gadio’s leadership on the issue the year after the 9/11 attacks.

“Senegal took a strong position against terrorism in the wake of the Sept. 11, 2001 terrorist attacks against the U.S., and in October 2001 hosted a conference establishing the African Pact Against Terrorism,” a U.S. State Department noted in 2002 press briefing.

“Despite high rates of poverty and illiteracy, Senegal retains a high degree of political stability and coherence thus enabling GOS to be a diplomatic player on a continent replete with conflicts,” the Nov. 8, 2006, cable said. “With U.S. training and assistance, Senegal has also become one of the world’s top ten contributors of peacekeepers.”

Gadio has not formally entered a plea, but his attorney made clear the diplomat will dispute the charges against him.

“The facts will come out,” Hecker said. “We’ll have the chance to tell our side of the story.”

Although he lived in Ohio for a decade, Gadio will await trial with his wife and children in Maryland. Hecker said that his wife works for the United Nations, where she is stationed in Equatorial Guinea.

Prosecutors say Gadio’s bribery scheme lasted from 2014 to this year, well after his tenure in Senegal from 2000 and 2009. Before his arrest earlier this month, Gadio posed for smiling photographs shaking hands both with Powell and former U.S. Secretary of State Hillary Clinton.

UN Happy Africa’s Rapid Reaction Force About to Be Reality 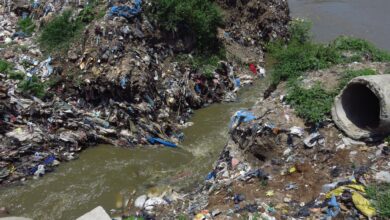 The ‘Ethiopia rising’ narrative and the Oromo protests