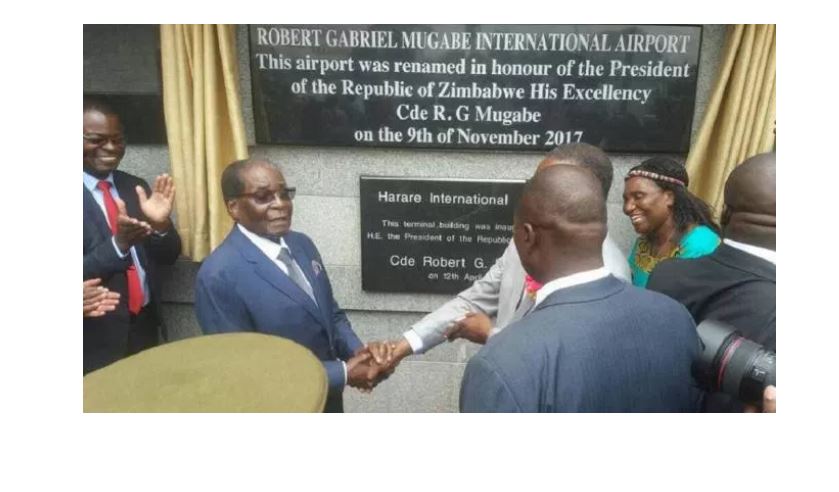 Harare International Airport has been renamed to Robert Gabriel
Mugabe International airport at a colourful ceremony held at the
airport in honour of the country’s President.

According to Miriam Chikukwa, Minister of State for Harare
metropolitan province, on the occasion of the renaming ceremony, the
airport was first commissioned in 1956 and officially opened in 1957
as a small airport catering for colonialists.

She added that the current airport consists of a runway of 4 725
metres and is one of the longest runways in Africa with a capacity
of at least 2,5 million passengers per year.

“l am delighted that with this renaming, the airport will soon
undergo a development programme, which will make an immense
contribution to the achievement of the goals and objectives of our
economic blue-print, the Zimbabwe Agenda for Sustainable
Socio-Economic transformation within the infrastructure and utilities
cluster,” Chikukwa said.