The Gambia’s Supreme Court on November 22nd heard the arguments from both the plaintiff’s lawyer and the State on the Constitutionality of Sedition, False publication and broadcasting as well as criminal defamation before adjourning the matter to May 2018 for judgment.

Hawa Sisay-Sabally, lawyer for the Gambia Press Union who is challenging the Constitutionality of such laws said the Attorney General had already admitted their unconstitutionality. She said the only law he contested for it to remain is the law on false news.

According her, law on false news does not only affects journalists from enjoying their right but it even denied the readership their right to receive information and ideas. She argued that such law is against Article 9 of the African Charter on Human and Peoples’ Right and ECOWAS treaty and they will rely on all other authorities to proof the case.

“It can discourage the journalists for what they do as it exposes them to arrests. Not only are the rights of journalists are restricted by these provisions but the right of the readership by restricting them to receive information and ideas,” she told court.

The lawyer submitted that section 207 of the Constitution places obligation on journalists to hold the government to account to the people, justifying the need to declare false news unconstitutional.

According to her, news must past three tests such as ‘legitimate, proportionate and necessary before being considered false.

“We have a civil court all over that can award damages in any form,” she said.

She said it would be better to if journalists are punished in the civil light than criminal procedures.

“These provisions are unconstitutional and they do not hold a place our statute,” she submitted.

Meanwhile, State lawyer objected to decriminalizing false news saying it should be retained in the laws of the country for national and security interests.

“Limiting of exercise of rights is a restriction necessary for the democratic society. Restrictions are provided under section 21 (4) of the Constitution and 181 of the Criminal Code,” he said.

He argued that there is no absolute right of freedom as National Assembly is empowered to create laws to protect the interest of the country.

However, the judges questioned him the rationale for having the law criminal when civil remedies are available.

“The point is that we should not leave room or expose people to the risk of criminal prosecution for exercising their right to free speech,” one of the judges said.

The matter is adjourned to next May, 2018 for judgment.

The Gambia Press Union has sued the government of the Gambia in 2015 for the Supreme Court to decriminalize such laws. This was done during a difficult time for the media in the country as former ruler Yahya Jammeh created a hell for journalists.

Several journalists were charged with sedition and jailed while others were tortured, disappeared and some where even killed. 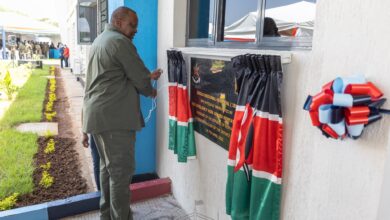