Tuesday the 21st of November, 2017 will remain a memorable day for people of Adamawa state.

When they witness two sad events that came as if was planned on different dimensions.

The acts occurred within intervals of themselves and at the end of the day not fewer than 110 lives were lost in the incidents.

Two teenage suicide bombers, rammed into a crowded mosque in Mubi, the commercial nerve centre of Adamawa state while worshippers were observing the (Subhi) early morning prayers, that Tuesday killing sixty persons, while scores of others were cut into pieces. Boko Haram insurgents were fingered to be the brain behind the dastardly act.

The killing by the militia was described as most heinous killing in the area of recent because of the people involved.

Some eyewitness account and serious of the mosque attack have been speaking to Vanguard of how he incident occurred.

A non-Muslim, Mr. Bulus Simon whose house is directly opposite the mosques told Vanguard of his experience during the blast.

“The call for prayers in the mosque has been a source of blessing to me. My business involves daily travelling to far places as the call to prayers always wakes me up to prepare for my trip. The call to prayer that fateful day was not different from other days as I had started preparing for my trip, but still in my house when the blast occurred” he lamented.

“All of a sudden, I heard a loud bang in the mosque and I knew something serious has gone wrong. There and then, people started running out of the mosque amidst crying and wailing but me and other were hopeless” Bulus added.

According to Mr. Bulus Simon, all Christian members within the area joined in the rescue operations alongside other security agents, voluntarily organizations and other individual.

As survival of the blast, Malam Usman Maikudi, who is recapturing in his sick bed at Federal medical center Yola told vanguard of his narrow escape. “I have been observing my SUB’H [early morning prayers] in the mosque since the past five years when insurgents Boko haram dislodged me from Borno state and I settled in the area. We worshippers in the mosque never anticipated such a calamity that fateful day. As usual, we all gathered to observe the two Rak’at prayer and midst way into the prayer session, there was commotion and confusion arising from a loud bang” he recalled.

“we were about six or seven of us struggling to escape through a small window and all of us survived only with fractures, bruises and other injuries” Malam Usman Maikudi further lamented.

Another survivor, a 75 years old father of 12 children, Malam Manu Baffa, who survived with a broken head recalled the fateful morning that he was covered with debris of the destroyed mosque.

Malam Manu explained that he was among the first worshippers to have entered the mosque that morning not knowing that danger looms.

He gave a vivid account of the incident thus:-

“Moment the imam began the prayers and there was complete quite in the mosque, I heard some unusual noise at the two main doors of the mosque. I recalled in my memory what the unusual noise does all about, not know that it was the two suicide bombers that were struggling with the worshippers for passage for them to get to the centre of the mosque. And moment, they got to their destination, the suiciders pulled their triggers and the blast went off”. He spoke in pains.

According to him, the laud bang of the blast was the only thing he would remember, only to found himself in the hospital bed at the Federal Medical Centre here in Yola.

Mallam Musa Mai Lemu, who also survived the suicide bomb blast told Vanguard that he escaped by the whiskers on the fateful day.

He stated that despite the fact that his house was a stone throw from the mosque, he was late to the morning prayers. But that the lateness has served him from the claws of death.

“The cold weather kept me asleep and the two Rak’at prayers was almost ion session when I hurriedly lost my close by house to the mosque.

I saw two teenagers also going towards the mosque though some gap between me and them. They duo entered the mosque as I approached the doors of the mosque and all of a sudden, I heard an explosion and immediately jumped over the fence as I race back home and watch the mosque in ruins” he narrated his experience.

Mai Lemu added that he saw the two teenagers in their early ten and that neighbor alleged that they might have surveyed the mosque in the day time as some people saw them roaming the area.

The area as at now has been declared a “no go area” as the warring factions are flexing muscles for reprisal attacks, even as political, traditional and religious leaders have continued to plead with people to embrace peace and dialogue.

The Muslim Council and the Christian Association of Nigeria in Adamawa state differs on the Numan crisis.

While the Muslim Council described the Numan killings as a religious genocide against the Muslim Fulanis, the Christian Association of Nigeria said the crisis has nothing to do with religion, but rather an ethnic conflict between the Fulanis and farmers.

Zimbabwe launches 16 days of activism against gender based violence 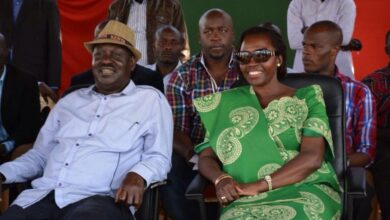 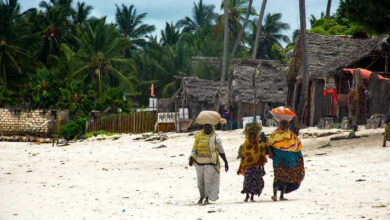