The United States has lifted decades-old economic sanctions against Sudan even though it still considers the country a state sponsor of terrorism and despite the fact Sudanese President Omar al-Bashir still faces arrest on charges of genocide and crimes against humanity at the International Criminal Court.

In July, Washington said a decision on whether to do away with the sanctions, which Barack Obama had suspended shortly before leaving the White House, would be delayed for three months.

Khartoum’s recent move to end its support for North Korea seems to have tipped the balance in its favour and Donald Trump’s administration said there was now enough evidence of progress to justify the move.

The sanctions were imposed in 1997 when then-president Bill Clinton issued an executive order citing Sudan’s “continued support for international terrorism, ongoing efforts to destabilise neighbouring governments, and the prevalence of human rights violations.”

Including a comprehensive trade embargo and blocking the assets of Sudan’s government, they were expanded in 2006 to target individuals involved in the conflict in Darfur. The ICC’s charges against Bashir relate to acts, including murder, rape, and torture, committed by Sudanese troops in Darfur between 2003 and 2008.

Obama stipulated that the sanctions would only be ended if Sudan made progress in five areas: co-operation on counter-terrorism; resolution of the conflicts in South Kordofan, Blue Nile, and Darfur; improving access to humanitarian aid; ending support to armed opposition groups in South Sudan; and addressing the threat of the Joseph Kony’s Lord’s Resistance Army.

On Wednesday, Sudan’s State Minister for Foreign Affairs Hamed Momtaz told the Reuters news agency that his country had “fulfilled all the necessary conditions relating to the roadmap and the US administration is a witness to that and therefore we expect the sanctions to be lifted.”

Khartoum had already won significant international support for this claim, with Israel and Saudi and Arabia busy lobbying on its behalf. And back in July, the UN Country Team in Sudan, which includes all United Nations development and humanitarian agencies working there, called for Washington to take a “positive decision” on the sanctions, saying there had been a “marked improvement in humanitarian access over the past six months” in areas from where aid agencies had previously been restricted.

Some key figures in the UN, however, paint a less rosy picture. Civilians in Darfur still face “violence and criminality”, the UN’s then-head of peacekeeping told the Security Council in January. Hervé Ladsous pointed in particular to the “widespread proliferation of weapons and the inadequacy of law and justice institutions” as well as inter-communal violence over land, water, and other resources.

Human rights activists have warned that lifting the sanctions will embolden Sudan and other states to continue committing atrocities.

Reaching out to “emerging donors”

Henry’s tweet linked to a May position statement by HRW that criticised Obama’s 11th-hour suspension of sanctions for its failure to “identify clear benchmarks for progress or explicitly require improvements to the human rights situation before making the suspension permanent.”

Twenty years after the sanctions were first imposed on Sudan, “the human rights situation has not improved,” according to HRW.

And as researcher Jerome Tubiana pointed out in an opinion piece for IRIN in August, accurately measuring progress in human rights in theatres of conflict is almost impossible.

“Arguably, less is now known about what’s happening in Darfur than at any time since 2004, because access for international observers, aid workers, researchers, and journalists is constantly squeezed and is more difficult than ever. Those who do manage to get in are so afraid of being kicked out that they often prefer, consciously or not, to under-report, not to report, or even to deny the extent of the violence,” Tubiana wrote.

He also noted that “the wars in Darfur, South Kordofan, and Blue Nile have not ended, and humanitarian access is far from what it was in Darfur in 2004, when the conflict there was at its peak.

“The international narrative that the wars in Sudan are now ‘low-intensity conflicts’, with sufficient security on the ground to implement early recovery and development programmes, is a dangerous fiction.”
Editor’s take – It’s not about human rights

The lifting of US sanctions against Sudan 20 years after they were imposed marks a long-fought victory for Khartoum, in particular al-Bashir and his inner circle. A trade embargo and a freeze on Sudanese government assets essentially isolated Sudan from the global financial system and prevented any US citizen or entity doing business with it. By contributing to the freefall of Sudan’s economy, the sanctions made it harder for al-Bashir to maintain his grip on the country. Yet neither the sanctions, nor an ICC indictment for genocide and crimes against humanity made the Sudanese president a pariah among his African peers; indeed several African countries have blithely ignored their Rome Statue obligation to arrest al-Bashir during his visits to their territory.

When he imposed the sanctions in 1997, Bill Clinton cited Sudan’s rampant violations of human rights as the main justification. But there is little evidence of a major improvement in the country’s human rights record, even though this is one of five areas of progress cited by Washington in justifying the lifting of the sanctions. In its latest report on human rights across the world, the US State Department cited “aerial bombardments of civilian areas by military forces and attacks on civilians by government and other armed groups in conflict zones” as well as abuses, including extrajudicial killings, torture, and rape, all committed with impunity by intelligence agents. Reducing internal wars was another US benchmark, but armed conflict continues to simmer in the regions of Darfur, Blue Nile, and South Kordofan, where humanitarian access remains very restricted. It seems the US decision to lift sanctions is more closely linked to Khartoum’s role in global counter-terrorism and its recent cutting of ties with Pyongyang. 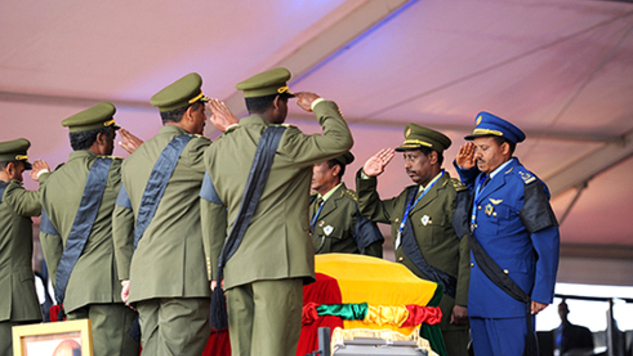 Why African leaders should seek treatment at home, and serve more than 8 years – predicting presidential demise 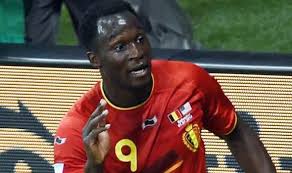