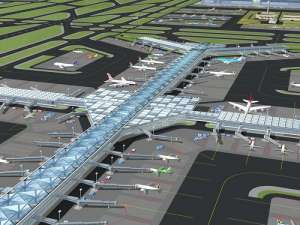 The construction of Bugesera international airport planned for 2018 by
Rwanda government at an estimated $800 million funded through a Public
Private Partnership (PPP) initiative is expected to enhance the
country’s aviation capacity.

According to Rwanda Civil Aviation Authority, the upgrading of
Kamembe international airport completed in 2015 is also enhancing
aviation capacity for the country.

The Rwanda Development Board reports that the country’s tourism
sector, the fastest growing in the economy and the country’s largest
foreign exchange earner has benefitted from the development of
infrastructure like airports upgrading.

It is also reported that Kigali international airport, ranked the
third fastest growing airport on the African continent, has played a
key role in boosting the tourism sector in Rwanda.

Investment by the government of Rwanda amounting to $50 million for
the expansion of the airport is reported to have been critical to the
growth of RwandAir, enabling the carrier to expand to over 20
destinations on the African continent.

Rwanda Development Board also adds that the improvement in transport
and supportive infrastructure have been crucial in promoting tourism
diversification.

The board reports that a well developed transport system has
provided an impetus for the meetings, incentives, conventions and
exhibitions sector, with Kigali Convention Centre emerging as a
leading destination for meetings and conferences in Africa.

It is also reported that business tourists comprise of the largest
share of visitors to Rwanda and the sector has become increasingly
important to the economy of Rwanda, generating an estimated $49
million in 2013 and expected to triple to $150 million in 2017.