Launched in partnership with the Nigerian Football League, the Afro Millions Lotto will offer players and football fans the ability to win life changing jack pots, says James Leppard ,CEO of Ofertas 365,the British based company operating the Lotto.

Ofertas 365 helps football clubs and charities in emerging markets raise money through the lotto, says James Leppard who believes that the initiative could help grow the game in Nigeria and Africa.

“Nigeria is Africa’s most populous country; it offers the biggest possible audience and has the most advanced football league,” says Leppard in justification of the choice to launch Afro Millions there. The plan is to progressively move to other African counties ,Leppard said.

“In most African countries, sports clubs and charities have not started commercializing their supporter base. AfroMillionsLotto will serve to start this process, allowing people to compete for life-changing jackpot prizes whilst helping their chosen club or charity,” said Leppard.

Can you start by introducing your company Ofertas 365?

Ofertas365 Limited is a publicly traded company on the dcsx. It is a UK company with three directors, four board advisors (including three from Nigeria) and more than 120 shareholders.

Your company is launching  the Afro Millions Lotto (www.afromillionslotto.com)  with the football league in Nigeria, can you explain the logic behind this lottery and why the choice of Nigeria?

Lotto is a very popular way to raise funds in the UK – from football clubs such as Arsenal, Leicester City, Swansea City, WBA in the English Premier League; Glamorgan, Durham and Hampshire cricket clubs; Gloucester, Sale Sharks and Wasps rugby clubs, through to charities including the RSPCA and Cancer Research, all of whom raise money through their own lotto.

In most African countries, sports clubs and charities have not started commercializing their supporter base. AfroMillionsLotto will serve to start this process, allowing people to compete for life-changing jackpot prizes whilst helping their chosen club or charity.

Nigeria is Africa’s most populous country; it offers the biggest possible audience and has the most advanced football league, as well as being recognised as an international football power.

In what way do you think this lottery is going to help the growth of football in Nigeria? 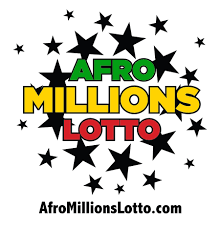 Clubs get a share of the revenue from every ticket sold – people can only buy tickets from the clubs’ lotto website – so whoever wants to play (football fans or otherwise) has to buy a ticket from one of the NPFL clubs. Clubs will earn recurring revenue to enable them to spend money on player development, youth football and academies, stadium and pitch improvements, for example. AfroMillionsLotto also provides their fans and communities great entertainment value and additional engagement with the club.

Is Ofertas365 doing  business in any other part of Africa at the moment or do you have plans to expand the lottery to other parts of Africa?

Nigeria is our first footprint in Africa, but we have ambitious plans to replicate the model throughout the continent, wherever we may operate under our license.

For countries or clubs interested in your services, what needs to be done, or is it Ofertas that makes the first move when it sees potential?

Clubs, leagues or federations are invited to contact us via www.afromillionslotto.com – we are already pitching to a number of other federations and charities.

Your company is based in London and the English league is one of the best, what can Africa learn from that league and what lotteries like yours can do to add fun and advance the game ?

The English Premier League is the benchmark. African clubs can certainly learn from the EPL how to commercialise their fan bases; be it merchandise, events, credit cards, loyalty cards or sports betting and lotto. The clubs in the UK are expert at generating extra revenue – beyond match day ticket sales – through their fans, most of whom are staunchly loyal to the clubs they support.

Any other plans that Ofertas has in the works for Africa ?

Following our launch with the NPFL, we would like to work with every football league in Africa as well as charities across the continent. 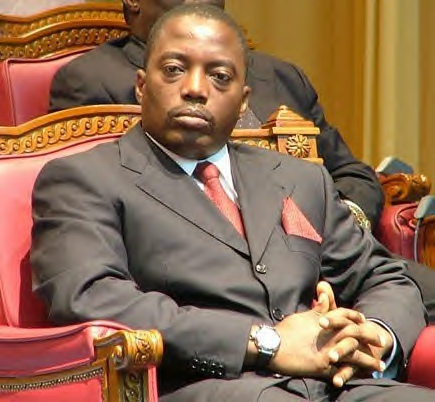 DRC: Kabila eyes lifetime presidency and must be given a way out