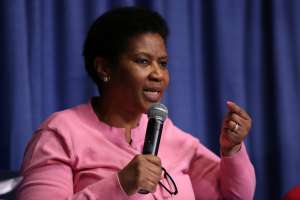 Sonke Gender Justice (Sonke), in partnership with MenEngage
Africa, MenEngage Global, Men for Gender Equality, FEMNET, Mosaic,
Soul City, We Will Speak Out and UN Women, will host the second Five
Days of Violence Prevention Conference at the Turbine Hall, in
Newtown, Johannesburg, 2 to 6 October 2017. The first conference was
held in Sweden in 2014.

In the evening, Mlambo Ngcuka will give the inaugural Annual Sonke
Lecture, which will take place during the conference’s opening gala
dinner at the Mapungubwe Hotel in Newtown, Johannesburg.

The Five Days of Violence Prevention Conference will bring together
researchers, activists, policy makers, donors and programmers from
civil society organisations, UN agencies, government ministries,
faith-based organisations academic institutions and multi-lateral
organisations from around the world to discuss emerging issues in the
violence field and strengthen the development of prevention strategies
that can be adapted to different regional and national contexts. The
conference aims to strengthen the accountability aspect of violence
prevention at all levels.

Conference focus areas will include, the Socio-political economy of
violence – What is violence?, GBV in context and the continuum of
violence, lived experiences of violence: What do the research and
lived experiences tell us?, what works in preventing GBV?, another
Type of Evidence Is Possible: Expanding Our Understanding of Evidence
of Impact in GBV Prevention, partners in development – Bringing Back
Gender Justice and Human Rights In Our Strategic Response To Violence,
global, regional and national experiences of making governments and
international institutions accountable for GBV prevention and
response.