The Southern African Development Community (SADC) and the Food and Agriculture Organisation (FAO) have convened a regional meeting in South Africa on 2 to 4 August 2017 on assessing preparedness,response capacities and actions of member states to the highly pathogenic Avian Influenza virus.

The meeting is being held as some countries in the region have reported the resurfacing of the virus and are actively putting measures to control its spread.

According to a FAO sub-regional office for Southern Africa
spokesperson, following the outbreak of the Highly Pathogenic Avian Influenza (HPAI) H5N8 virus in southern Africa, Zimbabwe and South Africa, the SADC secretariat, in collaboration with FAO have organized a regional technical meeting to assess the preparedness, response capacities and actions of member states to the recent outbreaks of HPAI in the sub-region.

According to Chimimba David Phiri , Subregional Coordinator for
Southern Africa for the Food and Agriculture Organization of the
United Nations and Moetapele Letshwenyo, Subregional Representative for Southern Africa for the World Organisation for Animal Health in a recent opinion piece titled:
Avian influenza is in Southern Africa, concerted regional approach
required to manage it, the first ever confirmation of outbreaks of the
highly pathogenic avian influenza (HPAI) in southern Africa, so far
reported in the Democratic Republic of Congo, Zimbabwe, and South Africa, has far-reaching animal health, food and nutritional security and socio-economic impacts in the Sub-region.

They report that the potential losses due to the devastating nature
of the disease and attendant negative impacts on trade in poultry area is a further blow in a region that is struggling to recuperate from the effects of consecutive droughts and other emerging high impact transboundary crop pests and animal diseases such as the fall armyworm and foot and mouth disease.

They say that poultry is a relatively cheap, easily accessible and
high quality source of protein and poultry production presents
livelihoods opportunities, particularly for rural women and youths.
It is reported that the outbreaks are expected to challenge the
preparedness and response capacities of countries and to trigger a
reconfiguration of the structure of poultry production, policies,
regulations and trade both at national and regional level.

“The manner and effectiveness with which this disease outbreak is
managed will determine the severity of the losses to the Sub-region,” they say in the piece.

They also add that, as such, the time to act is now. “The clarion
call is for all countries in the Sub-region, those already infected
and those that are still free but are at risk of infection, to move
swiftly and in a coordinated manner, to control the disease. Failing
to do so could see the region relapsing into further food and income
insecurity and massive losses on the gains that have been made in
recent years,” the experts add.

It is also reported that the outbreak of the avian influenza was
predictable after some countries in North, West and Eastern Africa
confirmed its presence earlier this year, as well as the global
increase in cases of the disease.

In an emergency regional conference on emerging transboundary animal and crop pests and diseases, convened by FAO, SADC and OIE in February 2017, experts and delegates were warned of this likelihood. The meeting was alerted to a scenario of migratory birds, the most likely carrier of the virus, following their usual migratory paths through southern Africa and exposing domestic poultry to the disease.

The meeting has also been convened when Zimbabwe has just reported the resurfacing of Avian influenza at Irvine’s, one of the country’s leading poultry producers forcing the government to extend the quarantine period for the poultry producer.
The reported outbreak of the highly pathogenic virus at Irvine’s has
forced the culling of 10 000 birds.

Department of Livestock and Veterinary Services Principal Director,
Dr Unesu Ushewokunze Obatulu confirmed the outbreak.
“We thought at the end of 12 weeks we would be out of the woods, but unfortunately there has been a recurrence. It is not a new case, it
just requires us to continue to manage the property under quarantine,”she said.

Dr Obatulu urged the public, poultry producers and keepers to be on
alert for sudden poultry deaths.The regional meeting is expected to provide an opportunity to assess the preparedness, response capacities and actions of affected and at risk member states, review the contingency plans of member states, harmonize and standardize the laboratory testing protocols and capacities of member states, provide a platform for sharing of information, experiences, knowledge and good practices, on the management of HPAI H5N8 outbreaks in the region and improve regional coordination by strengthening sub-committees, technical working groups
and networks.

South Africa to host 2017 forum on internet freedom in Africa 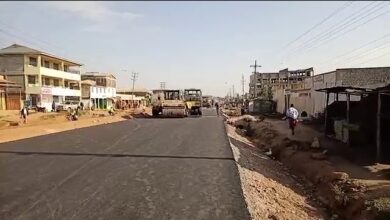