On Monday 14 August, shortly after 08:00 (08:00 GMT), I could still hear the patter of heavy rain that had been falling all through the night.

Shaking off that post-weekend feeling, I stood outside my house as I often do when it rains heavily.

There, whenever it rains, every room experiences flooding complete with red tropical mud and rubbish. One of the largest drains in town, Samba Gutter, simply empties itself into the community.

Ironically when it is not raining they struggle for water. Five water pumps serve a community of nearly 15,000 people.

On this day the rain was so heavy that the accompanying fog had enveloped the bay.

My phone rang. A foreign diplomat was on the line. He wanted to check some information he had received.

“Has there been a mudslide or flooding around Regent?” he asked.

I smiled wryly not in disbelief but because I was not surprised.

“It happens almost every year,” I retorted. “But I hear this one is very serious,” he insisted.

I promised I would find out and get back to him.

Minutes later, my phones went into overdrive: some callers wanted to confirm the “rumours”, others simply to pass on information.

I spent 10 minutes calling the Office of National Security which coordinates, or should coordinate, disaster responses.

After a few tries someone answered. He confirmed that there had indeed been a mudslide and flooding, but could not give me further details as he had just received the news.

I alerted London and set off towards the scene.

Like most of Freetown, Regent is a mountainous village; the Portuguese explorers who named Sierra Leone derived its name from the mountains: Sera Lyoa – meaning “Lion Mountain”.

What in the past used to be lush green vegetation has given way to massive houses belonging to the nouveau riche.

As I approached Regent I saw a massive red opening, part of what is a very green mountain. A huge chunk of Mount Sugar Loaf had caved in.

I was shocked at seeing the way part of the mountain had peeled away. At that moment the number of casualties was not clear.

When I arrived at the scene I could see the houses had disappeared, completely submerged by the mountain rug of red earth that had descended.

Residents, believed to number between 600 and 1,000, lay buried beneath the mudslide.

This is when the magnitude of the disaster dawned on me.

The calls kept coming. Now people were telling me about the flash floods that had been partly caused by the collapse of the mountain.

Huge boulders had created a massive channel that had widened the waterway, sweeping away homes in its path. It was ferocious.

Seven hours after the mudslide, there was no significant response on sight.

Young men in the neighbourhood were busy digging with their bare hands, desperately hoping to find people alive. But given the sheer weight of the mud their attempts appeared futile.

Ambulances left by the Ebola response teams of two years ago arrived a few hours later. But that was all there was.

The heavy-lifting machinery and equipment needed were nowhere to be seen. Just like in 2013 when the colonial-era King Jimmy Bridge caved in and killed many, construction companies had to be called upon to provide excavators.

But could this have been avoided? Many have referred to this disaster as man-made.

Most of Freetown’s forest cover, which used to capture the rainfall, has been tampered with. The construction of houses is poorly regulated, and town planning is virtually non-existent.

They system of buying land is chaotic and often fraudulent.

This was clearly a disaster waiting to happen, which is why many were surprised that no-one has been held accountable.

Sierra Leone has had more than its fair share of challenges in recent times.

From a civil war that killed and maimed thousands, to an Ebola outbreak that debilitated the nation, making fear the order of the day.

And just when we thought we could move on, this happened.

Ebola obviously wreaked havoc on my country. So did the war.

But nothing comes anywhere close in comparison to this week. Almost 400 corpses were spread on the floor, estimated Dr Owiz Koroma, the country’s sole pathologist.

To me as a journalist, in a country with huge mineral resources and wonderful people, I have not seen the positive side of that mineral wealth or its impact on the poor.

Whenever I travel abroad the questions I am asked revolve around the mayhem that my country has come to be associated with.

I keep going because I feel I need to be an uncompromising voice that sides with the people and gives them a platform to hold their leaders accountable.

But the impact of this disaster on me has been massive. I will never forget the scenes both inside and outside the central mortuary on that day.

Inside, hundreds of bodies lay on the bare floor, decomposing. Outside dozens of family members waiting to go in and identify their loved ones.

The outpouring of emotions by these bewildered, distraught relatives was heart wrenching.

Alpha wept uncontrollably and could not even talk. He had lost his mother.

A middle-aged wailed inconsolably. She kept calling out to Adama to “come back” and sang in lament questioning God, asking why He had taken Adama away.

Dozens of people still lie under the mud.

A man who was going to get married in four days time was among the dead.

So were six kids who went to study at the home of the star pupil in their class.

What is more, the rainy season has not even reached its peak.

Every year we get to see floods destroying lives and property.

But it is always the same attitude from the leaders. They seem to prefer putting out fires instead of preventing them. 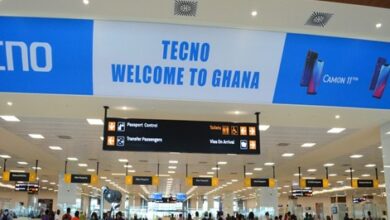