Lupita Nyong’o couldn’t make it to her father’s inauguration ceremony for his new role as Kenyan governor, but she’s sharing the lessons that her dad imparted, which helped her become the person she is today.

In a sweet Facebook post that she shared on Monday called, “10 Things My Daddy Told Me When I Was a Kid That Gave Me Confidence,” Lupita wrote, “Today is the day my father gets sworn in as the Governor of Kisumu County in Kenya. I thank all those who voted for him and wish him the very best as he embarks on this new journey of socio-political representation.”

Lupita, 34, who was born in Mexico and raised in Kenya, is one of six children. Her mother, Dorothy, works at the African Cancer Foundation, and her father, Peter Anyang’ Nyong’o, is a former university lecturer who transitioned into politics, becoming a senator. Still, artistic expression was highly valued in Lupita’s childhood home, and Peter told NPR that his goal was not to “steamroll a kid into a particular career.”

Clearly, the father’s unconditional love and acceptance shaped how he raised his talented daughter. Here, in Lupita’s words, is what she learned.

“1. You are smart: I took this to mean both that I was dressed well (We Kenyans say “smart” for “well-dressed”), but also that I was intelligent. It always made me feel special and valuable.

“2. It will be OK: He said this whenever I was sad with the little burdens of my childhood (a fight with my friends, a broken doll, a lost favorite piece of clothing). He also said this when I was concerned with the big burdens of his adulthood (detention without trial, house arrests, caught in tear gas during violent riots). Daddy said this to me as he held me close and I always felt a sense of comfort and security from him. I knew he would do all he could to make my life safe and that he was doing the same to make the country better for all of us.

“3. You can do anything: Daddy never ever made me feel limited by my sex. He supported me when I did things that my society thought un-ladylike, like whistling, dressing like Kriss Kross, and even climbing trees in my adulthood. He was my first example of what feminism looks like on a man.

“4. Do whatever you want to do; just do it to excellence: Dreaming out loud was something he encouraged. He loved listening to my adventurous and sometimes unrealistic and romantic ideas. He did that for all of his kids. Together with my mom, my father taught me to dare to imagine an ideal world and go about making it a reality.

“5. Knowledge is power: He always reads and he is a walking example of how the power of an education never comes to an end. He has taught me that learning is the best way to stay young, beautiful and relevant. A free mind is stronger than a free body.

“6. Show me: My Daddy loves to learn from his children. He is not afraid to admit what he does not know, and admitting I am ignorant of things has saved me from a lot of unnecessary embarrassment. Not knowing isn’t a crime. Refusing to learn is.

“7. Consider the other side: There [are] always two sides to a coin. Being able to identify the other side of an argument makes yours stronger. It also makes you more empathetic. 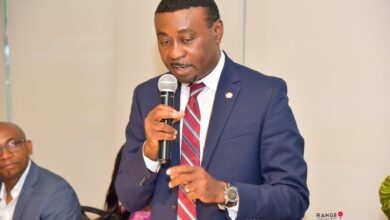 WorkinAfrica.com transforms how online recruitment is done in sub-Saharan Africa