NAIROBI (Reuters) – Kenya’s ruling Jubilee party plans to use its majority in both houses of parliament to push for austerity in government and fund infrastructure projects like railways, a top party official said on Thursday.

Legislators in both the National Assembly and the Senate were sworn into office on Thursday after a national election on Aug. 8, as the country waited for the Supreme Court to rule on a petition filed opposition leader Raila Odinga that challenges President Uhuru Kenyatta’s re-election.

Kenyatta’s Jubilee and its affiliate parties have 213 seats out of 349 in the national assembly and 38 senators out of 67, a significant increase. Previously, it had 167 votes in the assembly and 30 in the senate.

“There will be less bickering, so we should be able to legislate the agenda smoothly and be able to do things without too much wastage of time,” Raphael Tuju, the secretary-general of Jubilee, told Reuters.

On the campaign trail, Kenyatta pledged to continue investing in infrastructure projects like railways, create jobs and cut the government’s wage bill, which consumes more than half the annual government revenue.

He has already moved to cut the pay of legislators – which tops $10,000 a month with perks – but faced a backlash from parliament. The opposition also supports the cuts.

“He’s putting the interest of the country ahead of them (the lawmakers) and he is saying, no, I’m not going to be beholden to you in terms of you bleeding the exchequer with salaries,” said Robert Shaw, a Nairobi-based economic analyst.

The high salaries are a sore point with Kenyan voters, who have also been angered by spiraling inflation, high unemployment and a series of high-profile corruption scandals.

Reports from the auditor general have detailed extensive government graft, but no senior officials were successfully prosecuted during Kenyatta’s first term.

The government will have to curb wastage and graft to cut the fiscal deficit, expected to reach 6 percent of GDP for the 2017/18 (July-June) fiscal year, while setting aside funds for the infrastructure investments, analysts said.

“We have been through one of the worst droughts we have ever had and things are very tight,” Shaw said.

Equities and Kenyan bond yields rallied after Kenyatta’s re-election and the shilling has strengthened against the dollar since the election.

Kenyan economist James Shikwati said while the majority was useful for fast-tracking projects, it could also lead to less transparency and pressure for accountability.

“Little information will come out,” he said. “You can’t fight what you don’t know.”

How Motley Tours Is Championing Tourism In Nigeria

Understanding Fayose’s Obsession With The Military 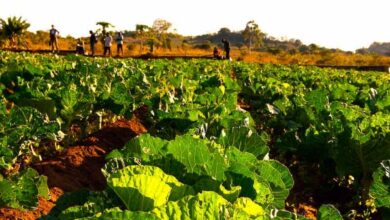