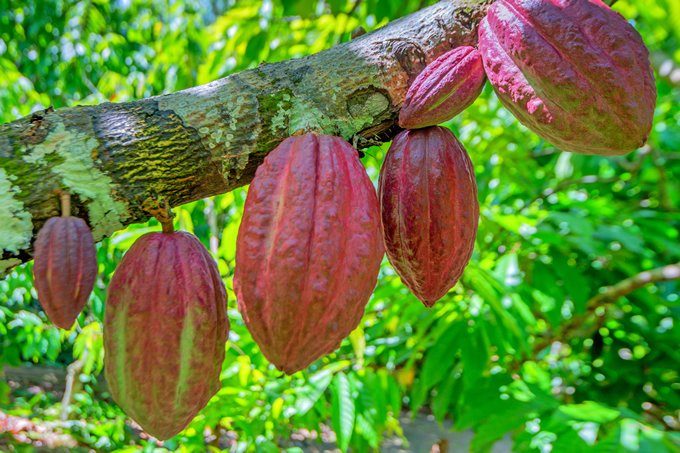 Cocoa production in Africa is set to take a turn for the better, as the African Development Bank (AfDB) begin plans to support producers of the crop on the continent.

Among other planned interventions, the Bank is considering support to Ghana and Côte d’Ivoire to reduce the volatility of the international prices of cocoa. Côte d’Ivoire leads the world in the production and export of cocoa.

Ghana and Côte d’Ivoire are now at the final stages of discussions for AfDB support. A final deal is expected to be announced in the days to come.

But following high-level meetings between the governments of both countries and the AfDB President, some key agreements have already been made.

The Bank has agreed to assist the countries to establish a Cocoa Market Stabilization Fund and a Cocoa Exchange Commission for the management of production.

The AfDB has also agreed to work with them to establish a Cocoa Industrialization Fund to further grow the cocoa industry. The Fund will help in developing the regional markets for by-products and domestic processing for targeted African regional markets. The overall objective is to stimulate and expand consumption.

In line with this, the two countries have jointly requested for US $1.2 billion for mutually identified projects: to tackle the cocoa swollen shoot virus disease; build storage and warehousing facilities; promote processing and consumptions; establish the Africa cocoa exchange; and to establish the stabilization fund.

The President of the African Development Bank (AfDB), Akinwumi Adesina, stressed the commitment of the Bank during a three-day visit to Ghana, August 1-3, 2017.

Adesina stressed that although Ghana and Côte d’Ivoire produce 64% of the world’s cocoa, they play no role in controlling the market.

He spoke about the Bank’s plans to support Ghana and Côte d’Ivoire to transform the cocoa industry and create more jobs and wealth from the produce.

“AfDB has received a request for $1.2 billion from Ghana’s Minister of Agriculture and from the Cocoa and Coffee Board of Côte d’Ivoire. We are looking at building warehouses so you can store the cocoa and not have to sell immediately after harvest,” he said.

He said the planned establishment of a stabilization fund is to deal with the volatility of prices and also to recapitalize old cocoa plantations.

Part of the loan will also finance the construction of modern storage facilities, farm rehabilitation and disease control, including compensation to owners of cocoa trees ravaged by swollen-shoot viral disease, Adesina explained.

Ghana has to move to the top of the cocoa value chain by processing and adding value to what it produces, Adesina said. He also noted that Ghana has to work closely with other countries, particularly Côte d’Ivoire, to ensure that Africa plays a greater role in the cocoa production process.

Chief Executive Officer of the Ghana Cocoa Board (COCOBOD) Joseph Boahen Aidoostressed the need to stimulate local consumption as part of efforts to enhance production. He spoke when the AfDB President visited the Cocoa Processing Company (CPC) in Tema, a city near Accra, Ghana.

Africa consumes very little of cocoa. Ghana is an example of a cocoa-producing country where local consumption is very limited.

“Value addition is the only way we can have a say in the market. As it is now, international prices are determined either at the New York Stock Exchange or the London Stock Exchange. We do not have any say.”

The only way out of the price volatility, he explained, is to improve upon processing and local production.

Ghana’s Minister of Finance, Ken Ofori-Atta, called for support to increase the country’s earnings from the commodity.

“Between us and Côte d’Ivoire, we control 60-70 per cent of cocoa in the world. But we have remained price takers. That should not happen. That is because our leaders have not been working together. We are excited that the President of the AfDB is stepping in to help us. We are now working together to see how we can transform this industry.”

He stressed that both countries should work together to change the cocoa narrative.

Ofori-Atta pointed out that though the cocoa seeds alone generate US $140 billion worth of business, Africa earns very little from it.

“Ghana and Côte d’Ivoire are putting together a package to see how we stabilize and ensure that we get better deals in the future and change the fortunes of our farmers. We should be able to pay our farmers competitive prices,” he noted.

Ghana’s Minister of Agriculture, Owusu Afriyie Akoto, said the government was working on the restoration of existing warehouses to provide storage space to private traders to promote the purchase of produce at the farm gate and he welcomed the AfDB’s help.

Adesina assured of the Bank’s support and promised that support would eventually extend to other cocoa producers such as Nigeria, Cameroon and Togo.

Cocoa is a strategic crop because of its high contribution to Ghana’s export earnings. It is cultivated predominantly by smallholder farmers with an average of 2 hectares per farm. Only 10% of the estimated 800,000 hectares under cultivation are large-scale commercial farmers.

The grinding of cocoa to produce the primary cocoa product used for confectionaries and manufacturing is done outside the country, aside from small-scale domestic grinding including the Cocoa Processing Company, a subsidiary of the COCOABOD.

Indeed, all the benefits from reforms such as yield increases, are diminished in light of low prices and result in reform measures benefiting consuming countries at the expense of local farmers. Trading and processing activities are dominated by few firms, while the production of the cocoa beans is dominated by many small-scale producers.

Cocoa bean prices are determined in the trade houses (since there are only a few buyers), this creates a favourable condition for traders and processors to influence prices. The attendant effect is low revenue from cocoa farmers.

Governments of both countries have been meeting at the ministerial levels to swiftly act on addressing the volatility in the international price. Issues being discussed include enforcing minimum value addition rather than outright sales of cocoa beans; stimulating/encouraging local and regional consumption of cocoa; and exploring the regional market dimension by promoting cocoa products other than chocolate.

The AfDB is mobilizing experts to undertake an assessment mission in the two countries.