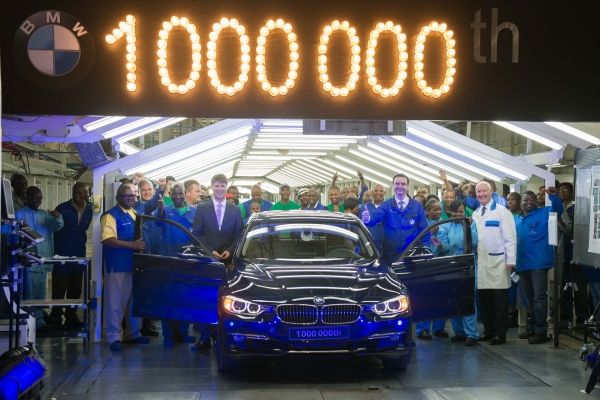 When travelling abroad for work and looking for accommodation, Joe Eyango, a Cameroonian living in the US, considers two factors: convenient transportation from the airport and around the city and reliable Internet access. He is a university professor and wants to be able to jet in, hit the ground running, make his presentation and zoom off to another destination in a day or two.

Mr. Eyango has been to various countries in Africa for business and work but has reasons for preferring South Africa.

“South Africa has a lot to offer compared with other African countries. The road system is good, there is adequate electricity and reliable Internet connection, which is necessary for work and business,” Mr. Eyango told Africa Renewal in an interview.

Recently, having been invited to present a conference paper on a tight schedule, Mr. Eyango flew into Johannesburg from Amsterdam, spent less than 30 minutes in customs at the O. R. Tambo International Airport, took a taxi and was at his hotel in less than an hour since arrival.

South Africa attracts many professionals and big multinationals. It’s currently home to more than 75% of all top global companies in Africa.

“Where these big companies choose to invest depends on whether the environment is right for business. Investors are interested in relatively stable countries, good infrastructure, reliable communication, electricity and labour,” says Dr. John Mbaku, a researcher at Africa Growth Initiative at the Brookings Institution and also a professor of economics at Weber State University, US.

Some of the global companies with a presence in South Africa include luxury car manufacturers BMW, the Standard Bank Group, Barclays Bank, Vodafone (one of the world’s largest communication companies), Volkswagen, and General Electric. There is also FirstRand, Sasol, Sanlam, and MTN Group.

In an earlier interview with South African officials on why they’d chosen the country as an investment destination, Sam Ahmed, then the managing director of Britannia Industries, an India-based manufacturer of biscuits, snacks and confectionery, said his organization had been looking for a country that would give it access to the entire African market while keeping its costs low.

“In South Africa you have first-world infrastructure and third-world cost,” Mr. Ahmed said. The company’s production costs in South Africa were much lower than in Southeast Asia, the company headquarters.

Big businesses are also attracted to countries where the legal system works, so they can be assured of justice should legal issues arise. South Africa’s judiciary has been hailed for its sound judgements and independence from political machinations relative to other African countries.

Another attraction for big businesses is human resources. The efficiency and smooth operation of these large companies depend on the calibre of its labour force. Despite many years of apartheid, according to Mr. Mbaku, South Africa provides its citizens with relatively good quality education the multinationals are looking for in their labour force.

However, despite its successes, South Africa continues to grapple with a high crime rate (especially in urban areas), graft accusations and the political uncertainty that businesses loathe.

Dr. Mukhisa Kituyi, the secretary-general of the UN Conference on Trade and Development (UNCTAD), the UN body that deals with trade, investment and development issues, acknowledges that South Africa has the oldest and most developed market economy in the whole of Africa for historical reasons: the market grew out of a strong mining and industrial base and the financial industry.

However, according to Mr. Kituyi, things are now changing and other African countries are also attracting big investors.

“It’s true South Africa has had a head start, but in net terms, there is faster growth in alternative centres for both manufacturing and service delivery than in South Africa. Today, the financial services industry is growing faster in Morocco than in South Africa,” Mr. Kituyi told Africa Renewal in an interview.

He notes that some multinational enterprises operating out of South Africa have relocated substantially. “We recently saw the opening of the Volvo truck-manufacturing plant in Mombasa. And similarly, we have seen many other services, particularly IT-based services and telecommunications, growing in new nodes like Nigeria, Kenya and Rwanda.”

So why should African governments want to encourage global companies to set up shop in their countries?

Driven by insufficient funds, African governments are increasingly turning to private-sector companies for a much-needed boost. Foreign investments provide capital to finance industries, boost infrastructure and productivity, provide social amenities and create jobs, all of which can help a country reach its economic potential. And as countries rush to implement the Sustainable Development Goals, funding is key.

In Africa, governments and industry are gradually forming public-private partnerships (PPPs) in which companies provide capital while governments ensure an environment conducive to business. In the last 10 years, the continent has welcomed PPPs for projects in infrastructure, electricity, health and telecommunications.

Lenders like the African Development Bank are urging African countries to improve business environments by “creating the necessary legal and regulatory framework for PPPs, and to facilitate networking and sharing of experience among regulatory agencies and other similar organizations.”

However, even as PPPs begin to change the face of Africa, there is need for countries to tread carefully and to learn from failed PPPs when signing up for such partnerships.

“Ask yourselves, does the state have the capacity to forge ahead with these partnerships? This is necessary to avoid bad debt,” says Mr. Kituyi, adding that governments should not let private companies drive the agenda.

This word of caution is echoed by the Brookings Institution’s Mr. Mbaku, who is advising African governments to ensure that PPPs work to their advantage: “If you have a weak or corrupt leadership, you may not have the power or the skills required to negotiate a favourable partnership. You will end up with a PPP that is not really a partnership.”

Mr. Mbaku gives the example of oil companies that have been operating in Africa for more than 20 years yet still depend on expatriate labour instead of employing locals. Such companies are reluctant to transfer skills, knowledge and technology to the locals.

Another problem with PPPs is the imbalance of power. “If you are a government engaged in a PPP on a development project, there is inequality in power. The multinational has capital, skilled manpower and [an] external market. The government has no power over these,” says Mr. Mbaku.

Despite the challenges, however, PPPs will continue playing a major role in the development of poor countries. For African countries to attract multinationals and other big investors to partner with, their governments need to put their house in order—improve infrastructure, communication, security and the legal system, and fight corruption.

Partnerships at work in Africa 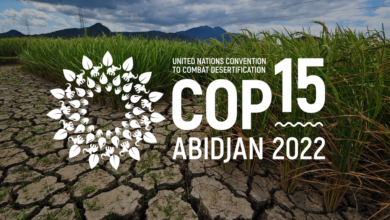