In a statement released on 4 August, the agency said the ‘AAA’ rating primarily reflects extraordinary support from AfDB’s shareholders which provides a three-notch uplift over the Bank’s intrinsic rating.

“AfDB enjoys strong support from its 80 member states, which include 26 non-African countries with high average ratings. Callable capital subscribed by member states rated ‘AAA’, the largest of which are the US, Germany and Canada, accounts for 21% of the total. This fully covered the Bank’s net debt at end-2016, underpinning the ‘aaa’ assessment of shareholders’ capacity to support,” the statement said.

The report underscores the strong propensity of member states to support the Bank in case of need as illustrated by previous capital increases and the Bank’s important role in the region’s financing.

In the assessment, Fitch maintains that fast growth in AfDB’s lending in the last two years has translated into a rapid increase in its indebtedness, noting that the Bank’s Management has indicated that if there is no clear evidence of a capital increase within the next two years, it will have no choice but to curb lending growth to preserve the Bank’s solvency metrics. The report added that if no capital increase is approved by 2019, debt will not be fully covered by callable capital from ‘AAA’ rated countries, adding that this would place substantial pressure on Fitch’s assessment of extraordinary support and, hence on AfDB’s IDR.

Fitch asserts that the relatively high risk profile of borrowers is mitigated by the preferred creditor status (PCS) that the Bank enjoys on its sovereign exposures.

Fitch assesses AfDB’s liquidity at ‘aaa’, which reflects excellent coverage of short-term debt by liquid assets (2.9x). However, Fitch notes that the share of the portfolio invested in securities or bank placements rated ‘AA-‘ or above (83% in 2016) is declining, although their quality is still assessed at excellent. Fitch understands that management intends to rebalance the treasury assets portfolio in order to increase the proportion of assets rated ‘AA-‘ or above. This would help underpin Fitch’s assessment of the strength of extraordinary support, given the relevance of liquid assets’ quality to the net debt calculation.

“The -1 notch adjustment to AfDB’s solvency stemming from our assessment of its business environment reflects the high risk operating environment in which the bank operates,” the report says, noting that the majority of African countries are classified as low income by the World Bank. The average income per capita and average rating of member states are the lowest of all regional MDBs, and they are subject to an overall high level of political risk.

Commenting on the rating, AfDB Acting Vice-President for Finance, Hassatou Diop N’Sele, said, “We welcome the confirmation of the AfDB’s AAA rating by Fitch, with a stable outlook. The Bank is dedicated to doing the most to make a marked positive difference in the lives of hundreds of millions of Africans, while at the same time preserving its financial integrity. Our High 5agenda is our response to the need to accelerate and scale up Africa’s development to achieve the Sustainable Development Goals of the continent. The High 5 agenda, reflecting five identified priority areas (namely energy, agriculture, industrialization, integration and human capital development), enjoys strong support from our shareholders. The AfDB will continue to maintain a careful balance between maximizing its development effectiveness and assuring complete preservation of the interests of its stakeholders.”

AFRICA’S SKYROCKETING UNEMPLOYMENT: WHO IS TO BLAME, THE UNIVERSITIES OR THE STATES? 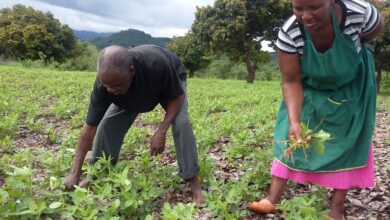