The lion is widely known as the king of the jungle. It is strong and devours other lesser animals so effortlessly and recklessly. She is dreaded and worshipped by other animals. On the other hand, the dove is a small harmless bird, which is symbolized in the Holy Scriptures as the harbinger of peace, after the great flood that destroyed mankind.

May I specially, welcome our dear President Muhammadu Buhari back to Nigeria after nearly three months medical vacation in London. I am one Nigerian who joined millions of other Nigerians to fervently pray for his quick healing. And I shall continue to beseech the  Almighty God in prayers to sustain the progression of his recovery.

Our President has since resumed work. He has also officially spoken to Nigerians in a nation-wide broadcast, many have classified as the briefest ever Presidential speech to the nation. Many commentators on the Presidential broadcast have expressed different views.

There are outright criticisms against the speech as an embodiment of nothingness, action-less and tactless. When juxtaposed, there are those who have applauded it as short, but witty and actionable.

No Nigerian is faulted for his comments on the presidential broadcast. Those who have criticized it were perhaps, inundated by the series of potentially explosive national issues at home front,  throughout the period Mr. President was in London. So, since President Buhari is touted as the Lion King of Nigeria, they expected harsher and more daring pronouncements especially on threats of insecurity and against the unity of Nigeria.

But on the reverse, the  President was rather warm, calm and calculated on these matters. And it infuriated some Nigerians. What they failed to realize is that President Buhari is not only ancestrally from a royal lineage and a Prince from Daura; he is also a Prince of peace in Nigeria. Therefore, he did not fail to disappoint those who misread his mindset by expecting to see him roar like a lion against perceived enemies of state.

At 74, President Buhari knows that he is a father to all Nigerians irrespective of ethnic, religious or political affiliations. And his interface with Nigerians at all times should reflect this fatherly consideration and affection.  The speech radiated this tenderness.

It was therefore not unusual to notice the absence of fire and brimstone in the tone of his speech. Critics who expected him to have ordered the immediate arrest of the Arewa youths who issued a three-month ultimatum quit notice to Nd’igbos resident in Northern  Nigeria were disappointed. They wanted him to verbally mouth in long and flowery prose condemnations of the actions of these irritant Arewa youths.

But the President saw it as duplicitous, as actions had already been taken in his absence and even stiffer measures adopted. Going back to recount in floating details what the Acting President, Professor Yemi Osinbajo had officially already  proclaimed in his absence  is tantamount to questioning the legitimacy of the powers he transmitted to the Vice President in Acting capacity.

Similarly, the same critics were disappointed that Mr. President also declined from ordering the arrest of IPOB’s Leader, Nnamdi Kanu  for  not only arrogantly flouting  his bail conditions,  but further instigating unrest in Southeast Nigeria. Those on either side of the antagonizing interests were disappointed with the failure of President Buhari to descend his sledge hammer, a decision that would have probably escalated tension in the already heated polity. 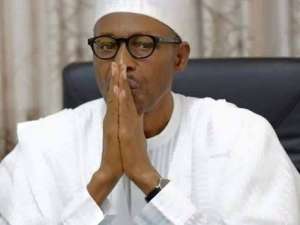 As Prince of peace, President Buhari summed up everything with a simple, but loaded sentence, thus;   “Nigeria’s unity is settled and not negotiable. We shall not allow irresponsible elements to start trouble and when things get bad they run away and saddle others with the responsibility of bringing back order, if necessary with their blood.” This is the redline caution to proponents of violence and agents of destabilization from Mr. President.

Mr. President elucidates more; “Every Nigerian has the right to live and pursue his business anywhere in Nigeria without let or hindrance.  I believe the very vast majority of Nigerians share this view”.

The reference to the demised Col. Odemegwu Ojukwu (rtd), the originator of the concept of a Biafran Republic in 1967 and his resolution to perish the idea, by   opting for the unity of Nigeria, decades after the civil war were the President’s subtle preachments of his passion for the unity and indivisibility of Nigeria.

His emphasis on the indivisibility of Nigeria only re-echoed the position other notable Nd’igbo leaders like the Late Chief Dr. Nnamdi Azikiwe had trumpeted years back.  But more importantly, it testifies his desire to see even the Igbos reunite with other Nigerians and the phrase in the speech should automatically dissolve and invalidate whatever threat or quit notice issued to the Igbos residing in the North.

Also of prominence is the resurrected call for restructuring which was pushed to extremes while the President was still receiving treatment in London. It came in the wake of the ethnic tensions in the country. President Buhari nicely recognized these problems as; “This is not to deny that there are legitimate concerns. Every group has a grievance. But the beauty and attraction of a federation is that it allows different groups to air their grievances and work out a mode of co-existence”.

However, the bandwagon effect compelled some prominent Nigerians and interest groups to goad the National Assembly into passing a resolution  directing the Acting President to re-submit the report of the National Conference of  the Jonathan Presidency for possible implementation of the recommendations on restructuring of Nigeria.  It is not clear whether the executive responded to it, hence it is not mandatory to comply with resolutions of parliament.

But to the agitators of restructuring of Nigeria,  the President mildly counseled; “The National Assembly and the National Council of State are the legitimate and appropriate bodies for national discourse.”

President Buhari feels the best for Nigeria now is not restructuring as a move in this direction would probably create more cracks than existing problems.  He believes what the country needs is restoration of its lost values of truthfulness, integrity, honesty and respect for the rule of law. Nigeria has enough for every Nigerian and region.

But quite sternly, the President left no one in doubt about the resolve of his administration to continue to tackle all elements that threaten the security of Nigeria, so that the majority of Nigerians can live in peace and unity.

He said, “Therefore we are going to reinforce and reinvigorate the fight not only against; elements of Boko Haram which are attempting a new series of attacks on soft targets kidnappings, farmers versus herdsmen clashes, in addition to ethnic violence fuelled by political mischief makers. We shall tackle them all.”

What has not escaped the eyes in the presidential speech is the zero traces of anger of the President against those who publicly proclaimed his death or ascribed to him worsening health conditions far from the reality. Rather he praised Nigerians for their patience, the ceaseless prayers and support which have enabled his recovery reunification with home.  Had he made enemies of those who abused moral decency by pronouncing him dead, Nigerians would have seen in him a vindictive President.

But President Buhari is extremely tolerant and embraces even members of the opposition who unjustly kick against his administration. It was soothing bliss to sight River State Governor Nyesom Wike  at the airport to receive President Buhari.  The President accorded him the same attention like any other Nigerian, an indication of the peace Buhari epitomizes.

No gainsaying, President Buhari’s shortest national broadcast to the nation contains the most burning issues in Nigeria –unity and   security. His determination and pronounced commitment to confront these problems is testimony of his professed love for one Nigeria.  President Buhari is indeed the Biblical dove who has symbolized the return of peace to Nigeria on his arrival.  It explains the widespread jubilations in the land upon his return back to the country.

*Odoma, is President, Africa Arise for Change Network and contributed this piece from Asokoro, Abuja.