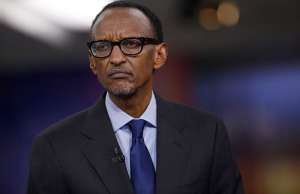 The Rwandan Patriotic Front will partner with the private sector to encourage new industry and expand production at existing facilities, according to its manifesto for the Aug. 4 vote, released Wednesday in the capital, Kigali. It also promised to build about 3,800 kilometers (2,361 miles) of roads and do further explorations to determine the country’s mineral potential.

“We will create jobs to spur development and social welfare of the Rwandan people with the next seven years, promote sustainable urbanization and rural development,” said the party, which has ruled Rwanda since 1994.

Rwanda changed its constitution in 2015, enabling Kagame, who’s led since 2000 and taken credit for the tiny, landlocked nation’s economic success, to seek a third term. Annual GDP growth has averaged more than 7 percent this millennium. Kagame will compete against the Democratic Green Party of Rwanda’s Frank Habineza and Mpayimana Philippe, an independent.

Amnesty International last week said the election will take place amid a “climate of fear,” the result of years of crackdowns on the political opposition, media and human-rights defenders. Rwanda’s state-run governance board dismissed the criticisms as “biased” and said the country has made “historic gains in human development.”