In reviewing the farcical coup—orchestrated by the president of the Nigerian senate, Bukola Saraki—that took place on Tuesday, July 4, 2017, we were reminded of the French coup of 1851 by Louis-Napoleon Bonaparte and the analysis by Karl Marx.

Since the French constitution prohibited an incumbent president from seeking re-election, Louis Bonaparte (Napoleon Bonaparte’s nephew) who was elected president in 1848 was due to leave office in 1852. On December 2, 1851, President Louis Bonaparte staged a self-coup as his followers broke up the French Legislative Assembly and established a dictatorship. A year later, he proclaimed himself Emperor Napoleon III.

In The Eighteenth Brumaire of Louis Napoleon, Marx, referencing the coup of 18 Brumaire, November 9, 1799, that brought General Napoleon Bonaparte, the uncle, to power, described how the class struggle (political crisis) in France “created circumstances and relationships that made it possible for a grotesque mediocrity (Louis-Napoleon, the nephew) to play a hero’s part.”

The political crisis in Nigeria is creating circumstances in which swindlers in the corridors of power and scoundrels posing as lawmakers are playing the part of heroes. And so, it came to pass that Nigeria’s senate president, Bukola Saraki, whose rap sheet is long enough to sew prison uniforms for every member of our notorious National Assembly, prevented himself from being sworn in as acting president of the country on July 4, 2017, and thus saving our fledgling democracy.

In the Preface to the Third German Edition of The Eighteenth Brumaire of Louis Napoleon in 1885, Engels concluded that “Marx came out with a concise, epigrammatic exposition that laid bare the whole course of French history…and in so doing did not even need to treat the hero of the coup d‘état otherwise than with the contempt he so well deserved.” The “hero” of the parliamentary coup of July 4 in Nigeria deserves all the contempt we can muster!

On a day that will perpetually live in infamy, Bukola Saraki, using his sidekicks, Eyinnaya Abaribe and Kabiru Marafa, and much to the approval of other senators toadying to their emperor, otherwise known as senate president, sought to undermine the constitution and illegally overthrow the government of the Federal Republic of Nigeria of which he is a highly placed member—the third in the hierarchy. The details of that coup, orchestrated by anti-democratic forces, would have been laughable if not that they are tragic.

After two weeks of vacation, Saraki and his colleagues resumed in their severely desecrated chamber and the main order of business, amid the political tension and excruciating economic conditions, was a scheme to overthrow the acting president, Prof Yemi Osinbajo.

Saraki had hardly finished reading a letter from the acting president requesting the senate’s confirmation of the appointment of Lanre Gbajabiamila as the Director General, National Lottery Regulatory Commission, when the senate’s unrepentant paedophile, Ahmed Sani Yerima, raised a point of order to initiate discussion on the acting president’s position on the confirmation of nominees.

In a voyage of crass mischief and pathetic misunderstanding of the acting president’s stance on the power of the senate to confirm nominees from the executive branch, Yerima guided his colleagues to adopt the erroneous position that since the acting president believes the senate lacks the power of confirmation, there was no point entertaining letters from the executive branch asking for confirmation of nominees.

But Nigerians know that this mischief was aimed at undermining the acting president by twisting his position on the senate’s power to confirm executive nominees. His position was strictly in respect of the Chairman of the Economic and Financial Crimes Commission (EFCC) and others in that category. What he said after the senate’s refusal to confirm Ibrahim Magu as Chairman of EFCC following two appearances, was that the presidency ought not to have sent Magu’s name for confirmation because the nominee did not belong in the category of appointments that the constitution empowers the senate to confirm.

This position was what these malefactors pretending to be lawmakers twisted to suit the grand plot they have long nurtured to subvert democracy. With Prof Osinbajo now head of government, in acting capacity, they must have reasoned that it would be much easier to finally undo the presidency and launch a process of floating an ultra-ambitious Saraki—a man who already sees himself as the putative leader of Nigeria—as the acting president and ultimately the president. Saraki knows there is no other way to the presidency for him except through this despicable and farcical route.

In acting out the plot, our senators, whose mendacity knows no bounds, took the first step by discussing Yerima’s point of order and resolving not to take any more requests for confirmation of nominees from the presidency until Ibrahim Magu is removed from office. Enter Dino Melaye, Saraki’s lapdog, who is battling furiously to stave off an imminent recall from the senate by his constituents.

Not to be outdone on this occasion, this minion of a senator tried to impugn Magu’s qualification for the job of EFCC chair. For an unabashed liar and a man with the putrid air of certificate forgeries—including claims of degrees from Harvard University and London School of Economics that have been refuted by both institutions—still hanging thickly around him, Melaye must have balls the size of a football to question anybody about his or her qualification for public office. Saraki and his dissolute co-travellers made it clear that if Ibrahim Magu is not sacked there would be severe consequences, including impeachment, even if not expressly stated. But as far as most Nigerians can tell, impeachment is what these senators have in mind.

Bent on undermining the laws of the land, our idle senators veered from Ibrahim Magu to the Independent National Electoral Commission (INEC). Ike Ekweremadu, a lawyer, and the deputy senate president, took the floor and told the world that the issue of the recall of Dino Melaye was “dead on arrival” and that INEC had to seek the senate’s ratification before it could conclude the recall process. To impress his team of approving nitwits, the addle-headed senator emphasized with overt disdain and arrogance that the electoral body, even by doing their job as stipulated in the constitution, was “wasting their time” with respect to the matter.

When a man of the status of Ekweremadu, touted to be specialized in the workings of the constitution as a lawyer, pronounces in so scandalously expedient manner that an agency of government performing its duties as mandated by the constitution is engaging in a futile exercise, one can conveniently say there is no hope for Nigeria.

Such lawlessness and disregard for due process is the hallmark of the 8th senate, constituted by the worst group of senators since the return of democracy in 1999. When one of their own, Ali Ndume, called on Saraki and Melaye to clear themselves on the issue of non-payment of the requisite import duty for a bulletproof Range Rover SUV imported by the senate president and allegations of certificate forgery respectively, like the pack of debauched gangsters that they are, they descended on him and suspended him for six months.

So desperate has this senate become in their subversive agenda that it would make nothing of frustrating the executive—and grounding the country in the process—in virtually all matters, including the national budget which they have turned into a cash cow. They have ingloriously padded the national budget, arrogated to themselves the power to alter the budget, illegally removed planned national projects and shamelessly and criminally inserted so-called community projects, a euphemism for grand theft.

Now, to their ultimate goal. They can deny it as much as they like and their leader can feign disinterest, but the very irresponsible and disgraceful contribution of Eyinnaya Abaribe, pointing sinisterly to a non-existent vacuum in the leadership of the country and calling on Bukola Saraki, the senate president, to assume the position of acting president because in Abaribe’s warped logic, and contrary to the provisions of the constitution, the president and acting president were out of the country, has all the elements of a coup d’état.

For the record, the acting president went to Ethiopia to represent Nigeria at the 29th Ordinary Session of the Assembly of the African Union on Monday, July 3, 2017, and returned to Nigeria the same day. Not that it really mattered because, whether in or out of the country, the leader of any nation remains so, unless, in the case of Nigeria, he or she notifies the National Assembly of their inability to perform that role. The fact that our senators knew that no letter was transmitted by the acting president to the National Assembly did not stop Abaribe’s odious submission from receiving a raucous applause by our law-making cheerleaders.

It stands to reason that if the acting president was not in the country when Abaribe moved his criminally audacious and absurd motion, the Nigerian military would have been justified in taking over to “save the country”. We think Saraki and his cohorts have fired the first salvo. Despite their failed coup, they are not giving up and they will stop at nothing until they achieve their aim or drag the whole country down with them.

The masses who bear the brunt of the evil machinations of the Nigerian senate would have to find a way to get rid of these lawless lawmakers who have weighted down the country’s democratic process by their inordinate ambition, greed and corruption. Our senators have repeatedly trampled on the constitution, so looking toward the constitution for guidance is not an option. Recall is clearly not an option.

By their coup of July 4th, Saraki and his gang of pseudo-democrats are inviting a coup. Except that this time, the coup will be by the mass of our people, a popular revolutionary uprising, and the consequences are better imagined!

Kenya’s 2017 elections will be like none before. Here’s why. 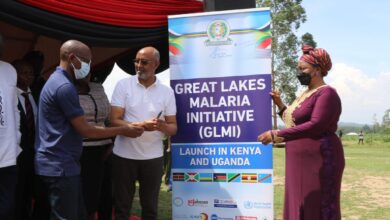