The latest outbreak was swiftly contained by a fast, decisive response, acting as a model for containing infectious diseases in remote places.

As anti-climaxes go, it was a most welcome one. On May 11, the Ministry of Health of the Democratic Republic of the Congo (DRC) notified the World Health Organization that one of its citizens had been infected with the Ebola virus. The announcement marked the start of the country’s first Ebola outbreak since the historically unprecedented West African epidemic that infected 28,000 people between 2014 and 2016, and killed more than 11,000.

But after just 42 days, it was all over.

With the last confirmed patient having tested negative for the virus for the second time in a row, the WHO declared an end to the outbreak on Sunday. Just four people had died, and just four more had become infected.

This swift resolution was partly a matter of luck. The virus hit the remote and sparsely populated Likati region, which is 1,300 kilometers away from the capital city of Kinshasa, and nestled deep in equatorial rainforest. “People weren’t moving around in the way they were during the West African outbreak,” says Anne Rimoin from the University of California Los Angeles, who has worked in the DRC for 15 years. “So it was a very small outbreak in and of itself.”

But just as importantly, once the first cases were confirmed, the response was fast, decisive, and coordinated—all qualities that were initially missing in West Africa. The DRC response shows that when everything goes right, Ebola can be quickly brought to heel, even when it hits poor, remote places. “With the end of this epidemic, DRC has once again proved to the world that we can control the very deadly Ebola virus if we respond early in a coordinated and efficient way,” said Dr Tedros Adhanom Ghebreyesus, the WHO’s new Director-General, in a statement.
“Within 24 hours, we could start airlifting.”

The DRC has had eight run-ins with Ebola since 1976, and has proven to be remarkably successful at controlling the virus. In 2014, for example, while West Africa was struggling with its historically unprecedented epidemic, the DRC managed to contain its own separate outbreak after just 66 cases and 49 deaths. “In the West Africa outbreak, nobody was looking for Ebola. It wasn’t on a list of things that people were worried about, or even among the top suspects at the time,” says Rimoin. “But in the DRC, when you see something that resembles Ebola, it’s one of the first things that come to mind.”

The symptoms of Ebola are greatly exaggerated in the popular press. It’s not a disease of apocalyptic hemorrhaging from every orifice, and symptoms can easily be mistaken for other maladies. In this case, the first patient—a 45-year-old man who contracted the virus on 22 April—initially went to see a traditional healer. When that didn’t work, he took a taxi to a health center—and died on the way. (Both the driver, and a third individual who cared for the man, also eventually died.) The center quickly suspected Ebola and immediately sent samples to a national laboratory in Kinshasa. The staff there had the right knowledge, training, and connections—they ran some preliminary tests while also calling international colleagues. Rimoin flew over with the latest diagnostics.

After the first positive case was confirmed, the government immediately notified the WHO, which activated their emergency protocols. That inaccessibility of Likati was both a blessing and a curse—it made it harder for the virus to spread, but also harder for health workers to reach the infected zone. Fortunately, after the sluggish response to the West African Ebola epidemic, the WHO had set up a $41 million contingency fund to ensure that money would be readily available for future emergencies. This fund allowed them and other organizations to quickly rent helicopters for flying personnel, generators, and supplies into Likati. “Within 24 hours, we could start airlifting,” says Ibrahima-Soce Fall, director of the health security and emergencies cluster at the WHO’s African office.
“This time we did better. And every time, we do better.”

The team set up a base camp and field lab in the grounds of a former convent. Health workers immediately started tracking anyone who had contact with infected individuals, eventually tracing 583 such contacts. There weren’t any good maps of the area, so the volunteers used their cellphones to start charting the region. They spread out through the region’s villages to improve accessibility by fixing bridges and forest tracks. With training from UNICEF and the WHO, they taught local communities how to stop Ebola from spreading, how to safely bury people who die from the disease, and how to disinfect affected homes.

In the end, the outbreak was so small that it’s unclear if this fast response made much of a difference. But with diseases like Ebola, it’s far better to be accused of overreacting than of being lax. “It’s a good sign of things to come,” says Rimoin. “It wasn’t necessarily needed in this case, but it showed that the world is much more capable of managing outbreaks.”

The response was so effective that even though this was the first Ebola outbreak where a potential vaccine was available, it wasn’t necessary. Around 300,000 doses had been stockpiled. None were used. “This is a candidate vaccine, which still has some steps before it is fully licensed,” says Fall. “The WHO expert committee recommended to use it in the event of an outbreak, on health workers and [people who had been in contact with cases.] But because the outbreak was rapidly controlled, we didn’t need to use it.”

The outbreak may be over, but the response continues. For the next 90 days, the WHO will continue to strengthen health services in the region, to ensure that local volunteers are trained to spot possible symptoms should the disease arise again. That, after all, is what preparedness is all about. A country’s ability to control diseases in a crisis depends on everything that it sets in place during peace-time.

“This is clearly not the last outbreak,” says Rimoin. “But this time we did better. And every time, we do better.”

Better connecting Africa to the US should be a priority 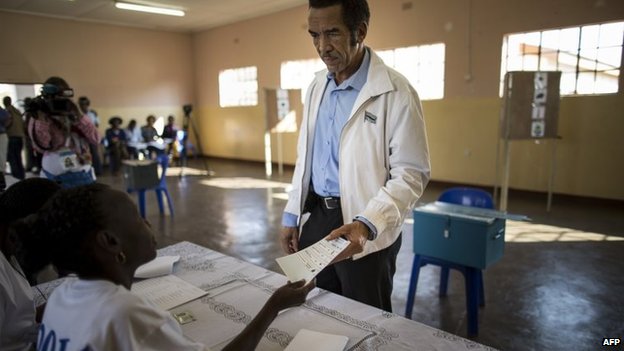 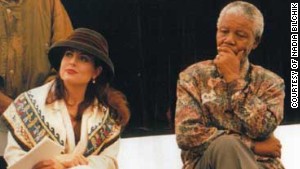