The report released this week by GSMA,the global telecom research organization at the just concluded Mobile Technology conference in Dar Es Saalam,Tanzania; reveals in Africa the number of mobile money services  reached 140 across 39 countries at the end of last year, accounting for more than half of the 277 mobile money deployments worldwide.

Mats Granryd, Director General of the GSMA was quoted as saying: “Mobile operators in the region today are using mobile money to create new financial ecosystems that can deliver a range of innovative new services across multiple industry sectors, including utilities and agriculture.”

According to GSMA ,the volume of these new types of ‘ecosystem payments’ almost quadrupled between 2014 and 2016 and now accounts for about 17 per cent of all mobile money transactions, driven by a significant rise in the number of mobile-based bill payments across Sub-Saharan Africa.

As of 2015 the number of bank accounts was 178 million, while mobile money accounts were 277 million.

“Mobile money is now achieving mass-market adoption in all corners of Sub-Saharan Africa, enabling millions of people to access financial services for the first time and contributing to economic growth and social development,” said the Director General of  the global telecom lobby group

While Mobile money users have traditionally been dominated by East Africa, home to major mobile money markets such as Kenya, Tanzania and Uganda, this is has changed as West Africa takes the lead in the service growth.

“The latest data suggests that user growth is now being driven by other markets in the region, notably West Africa.” Notes Mobile Money report

The latest data show 29 per cent of active mobile money accounts in Sub-Saharan Africa are now based in West Africa, compared to just 8 per cent five years earlier.

The new study revealed that between September 2015 and June 2016, mobile money revenues in Sub-Saharan Africa grew by 27 percent, while leading mobile money operators paid out 47 percent of their revenues as commission, translating to over US $ 400 million.

The GSMA ‘study notes  there are now seven markets in the region where more than 40 per cent of adults are active mobile money users namely  Gabon, Ghana, Kenya, Namibia, Tanzania, Uganda and Zimbabwe.

Telecom industry experts say the latest data documents how the mobile money market in African region has changed from primarily being used to top-up airtime and interpersonal transfers to becoming a platform that enables additional financial services, including bill payments, merchant payments and international remittances. 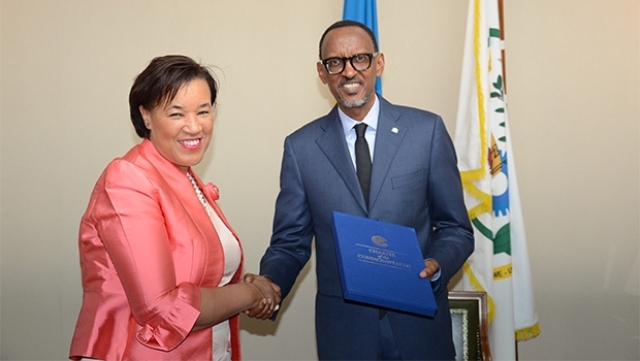