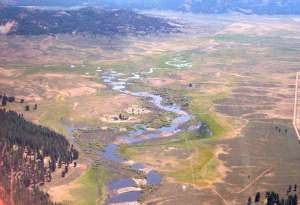 “A combination of conservation agriculture production practices, that involve no-till, cover cropping, and crop rotation, encompassing, rotating of wheat and legume pasture on my more than 1900 hectares farm, has significantly increased my wheat yields, right from mid-1990’s, on average from, 2854kg/ha to 4072kg/ha, to, 5850kg/ha to7520kg/ha currently. Thus, I am now enjoying both financial profitability and farming sustainability, as the practice, has increased, organic matter on my farm soils, and so is, to other thousands of farmers, in Western Cape Province, who are doing the same”. Says, Francois Rossouw, a Western Cape Province farmer, who besides, wheat and legume farming, is also engaged in animal husbandry.

Indeed, during, my farming tour of his farm and other farms too recently, in Western Cape province, on a fact finding mission, on what farmers, in this province, have done, to curb land and soil degradation, which is on skyrocketing levels globally, I was amazed, by the clearly and strategically innovative and efficient phased strategies, that the provincial administration of Western Cape and farmers, adopted right from 1984 to date, and the capacity, the farmers in this province, have attained to conserve and improve soil fertility in a sustainable way.

It is important to note that, land and soil are the basis of life on earth, but a closer look, at an alarming soil nutrients depletion, and destruction of crop, grass, and forests lands, going on, in different regions of the world, reveals that, effort to ensure sustainable land use and protection of soils, is still insufficient, with Sub Saharan Africa Region, being the hardest hit, with land and soil degradation problems.

Globally, 33 percent of grasslands, 25 percent of croplands, and 23 percent of forests lands, have, for the over past three decades, experienced degradation. Land degradation, is on rise globally, and negatively affecting the livelihood of millions of people globally, and yet, every US dollar invested, in saving land and soils today, will save us five USA dollars in the future.

According to Professor Joachim Von Braun, ZEF Director and co-editor of the book, “Economics of land degradation and improvement- A Global Assessment for Sustainable Development”, soil is the most neglected natural resource, yet investments in land and soil are crucial for food supply, climate, and human security.

It is thus, very paramount, for, countries, regional, and global agricultural organizations, to work together, in a cohesive and collaborative manner, in the area of knowledge transfer, research, and development, and put in place and implement agricultural policies, that makes their farmers, to build capacity, to engage in production practices, that result in soil health attainment.

The provincial administration of Western Cape, has for the over past three decades to date, produced agricultural innovations, built efficient  agricultural scientific human resource, and massively trained the provincial farmers, to engage in agricultural production practices, that, promote soil health, which can be replicated in other African countries. 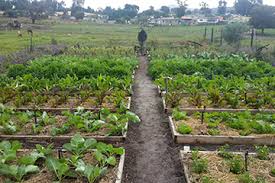 From 1984 onwards, slow adoption of minimum tillage, this involved, massive training of the provincial farmers, on proper residue retention techniques, on their farmers. This improved organic matter in their farm soils, and in the six years, that followed, all the farmers recorded, improved yields.

In the mid 1990’s, Western Cape department of agriculture, massively, introduced no- till and crop rotation farming techniques, which in essence meant, and means, minimum soil disturbance and periodical rotating of crops on the farms. This was accompanied, with progressive introduction, of locally produced no- till planters, suitable for Western Cape local conditions.

Currently, about 90 per cent, of the farmers in Western Cape Province, have fully adopted, no-till, and crop rotation farming techniques, and presently, no- till planters, are available in abundance to farmers, at fair prices, at locally production centers, while others, are imported.

Besides cover cropping, and permanent soil cover, that is done by, many farmers in Western Cape area, to conserve and attain soil health, farmers in the province, also do regular soil monitoring and testing, and according to obtained outcome, fine-tune soil compounds, by adding or reducing specific inputs. Currently in Western Cape Province, there is a movement, to move away, from testing for macro elements (N,P,K), to microbial activity, as an indication of soil health.

Many farmers in the province, have and are embracing organic farming, preferring to use, more of organic inputs on their farms. Globally, demand for organically produced products, are on high demand, and this demand is projected, to continue skyrocketing, due to health benefits associated with consuming organic products, and luckily for Western Cape farmers, their department of agriculture, introduced sustainable certification initiatives, for their farmers, which have enabled them to access export markets.

How has these land and soil degradation curbing innovative approaches transformed the provincial agriculture?

Dr. Johann Strauss, a scientist in sustainable cropping systems, Directorate plant sciences, Western Cape Department of Agriculture, confidently articulates that, these innovative approaches, have led, to increased organic matter in Western Cape soils, emphasizing that, in some scenarios, soil carbon has increased from less than 0.5% to about 2% and in some situations even 4%.

Water retention, has tremendously increased, to the extent that, many producers, have started to do away, with contour banks, to prevent erosion and water runoff.

Many farmers in Western Cape Province, are now more resilient, to the effect of climate change especially droughts, as their health soils, is no able to retain water for longer, and their soil cover practice, has decreased evaporation process.

The adoption of these innovative measures, have also made agricultural producers, in the Western Cape Province, more sustainable, as well as increasing their crop yields and farming profitability.

In sum, given that globally, one third of farming land is degraded mostly due to conventional tillage practices, with sub- Saharan Africa region, being the hardest hit region, African countries, together with, other key private and civil society players in Africa’s agricultural sector, must work hand in hand, through knowledge transfer, research and development, and proper training, to build the capacity of African farmers, to conserve and improve soil fertility in a sustainable way, like what the farmers in Western Cape Province in South Africa are doing. Innovations that are soil moisture and soil fertility improvement inducing, are key, to reducing hunger, attaining food security, and decreasing poverty.